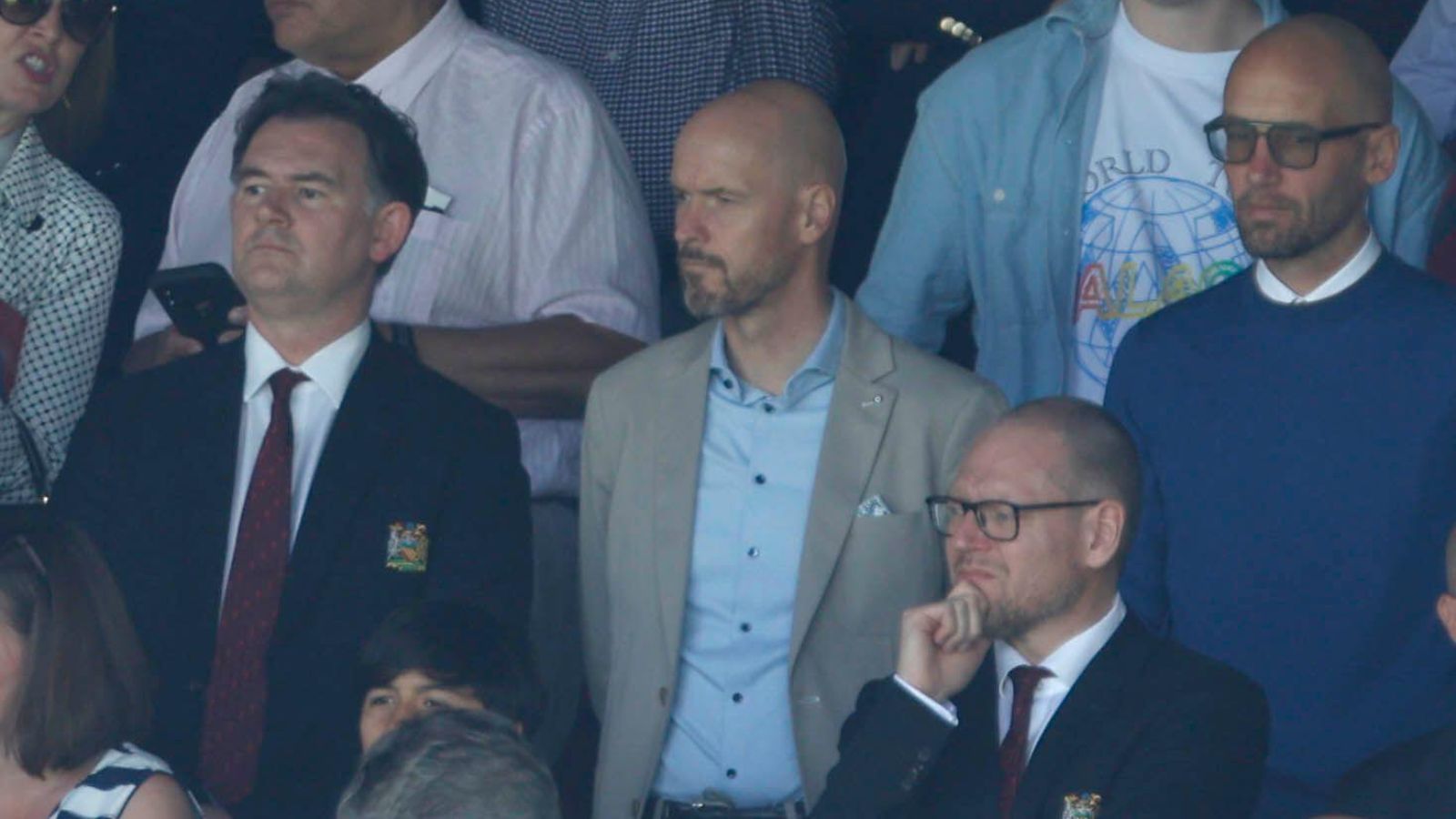 Erik ten Hag wants to know absolutely everything about his new Man Utd players before face-to-face meetings after their holidays, according to reports.

The Red Devils appointed Ten Hag last month but he had to wait until the Eredivisie season was completed before starting work at Old Trafford.

Ten Hag had his first press conference earlier this week as he looks to make plans ahead of the new season with his “first target” as Man Utd boss to take them back into the Champions League.

There have been rumours all season of discontent in the squad with reports describing the the dressing room as “toxic and Ten Hag’s first job will be to create a healthy environment.

And the Daily Mirror claims that the new permanent boss ‘has ordered a full profile of all of his Manchester United players before he meets them in person’.

‘And the newly-appointed United boss wasted no time in asserting his authority by demanding to know where all of his players are going for their summer break. Ten Hag is known for his meticulous approach and the 52-year-old coach is said to be determined to know his players inside out before he starts working with them.

‘Although Ten Hag has held Zoom chats and exchanged WhatsApp messages with some players, he wants a full run-down of every squad member to build a complete picture of all of them. The controlled approach echoes former United boss Sir Alex Ferguson, who made it his business to know everything about his players, both on and off the pitch.’

It is understood that the Man Utd boss’ demands to know everyone’s holiday destinations is seen by some players as ‘a test’ to make sure they come back in the ‘best possible shape’.

Meanwhile, former Man Utd right-back Gary Neville thinks Ten Hag will need time to get used to the size of the club when he joins.

Neville said on his Sky Sports podcast: “It has been a desperate season and Erik Ten Hag has seen a glimpse of what the rest of us have seen all the way through.

“I don’t think any United fans wanted to watch a United game in the last few weeks – we have almost wanted the season to end immediately and switch our attention to the summer and see how a new manager can come in with optimism.

“It has gone from 12 months ago, when United were preparing for a Europa League final and finishing second above Liverpool, to where we are today. I can’t explain it.

“Ten Hag needs time to settle in to the club and get used to the club. It is a huge football club. The media over here, the expectation… United are always the story. People either want to watch United win or they want to watch them lose, it is a fact of life.

“They will always be the story even in a bad season like this because there is an element of wanting to watch a disaster – a football disaster – happening before your eyes.

“The season is done with and it needs putting to bed very quickly. It has been an awful season on and off the pitch.”