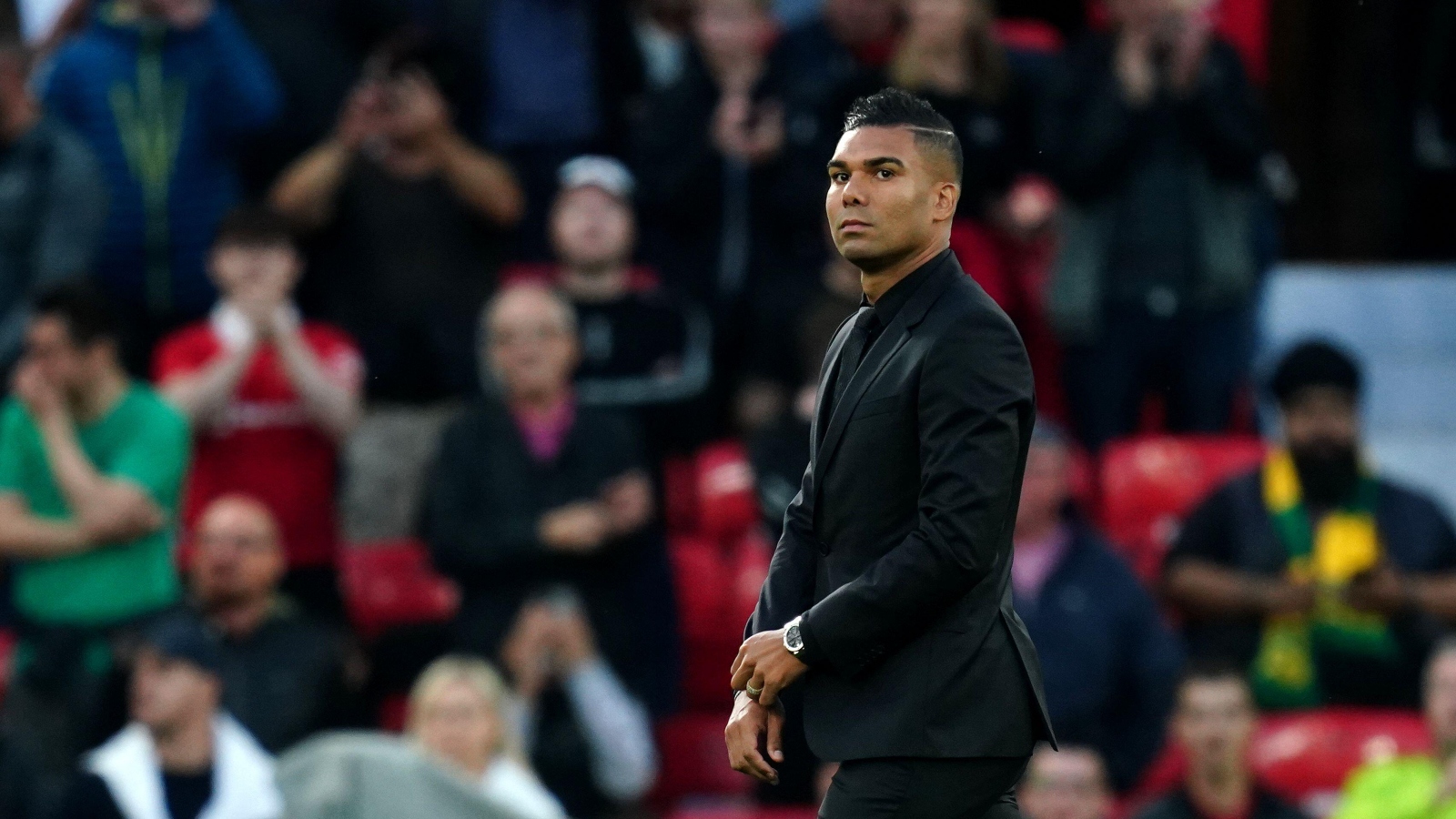 Erik ten Hag says Casemiro has some ‘adapting’ to do before he breaks into the Manchester United starting XI.

Casemiro was named on the bench for United’s Premier League match at Southampton on Saturday.

Real Madrid signings ranked: The best and worst of Premier League buys from the Bernabeu

He was not registered in time to face Liverpool on Monday evening but was in attendance to watch his new team defeat their arch-rivals 2-1.

The Red Devils have started the season poorly despite their positive win against Liverpool, losing at home to Brighton and away to Brentford.

Before Saturday’s game at St Mary’s, Ten Hag was asked what he changed after the 4-0 mauling at Brentford in preparation for their victory against Liverpool.

“We had more issues to cover,” he told BT Sport. “First it was clear the mentality (was poor), we worked on that.

“We had to deal better with long balls, to be more compact. When our opponents are playing long balls we had to deal with the issue. When the opponent puts us under really high pressure, when we cannot come out, that we are not naive and stick to trying to play it short out and you get killed.

“We have intelligent players to read the game and manage the game.”

United’s trip to the south coast will be a completely different proposition to the win against Liverpool and it was perhaps surprising to see Casemiro left out of the starting XI by Ten Hag.

The club’s performance against the Reds was superb so to see an unchanged line-up isn’t too much of a shock, though the Red Devils have lost seven away games in a row.

Asked if it was a tough decision to leave Casemiro out of the starting XI, Ten Hag said: “I think we have a squad that’s quite competitive so it’s always a difficult decision but we had a really good performance on Monday.

Ten Hag is comfortable leaving big names on the bench, however.

“As a manager, you have to make clear decisions,” he told Rio Ferdinand before kick-off at St Mary’s.

“The team is always most important. You make the decision that is an advantage for the team, no matter who it is. You have to communicate, you have to be clear and be honest.”