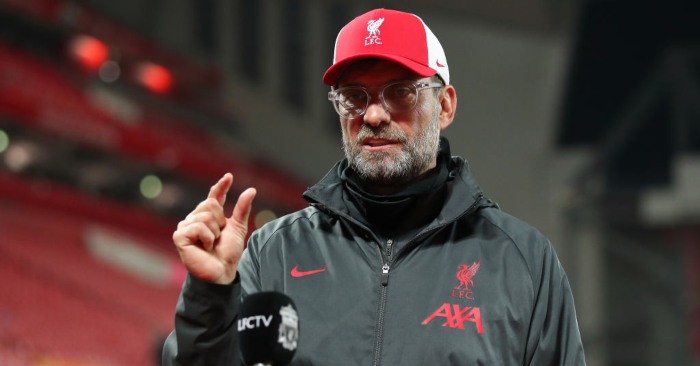 Erik ten Hag and Rio Ferdinand have responded to criticism of Ajax’s pitch from Jurgen Klopp.

Klopp questioned the state of the field at the Johan Cruyff stadium after seeing his Liverpool side hold out for a 1-0 win in Holland.

“I think both teams can play better football, it was pretty wild at moments,” he told BT Sport.

“Three days ago it looked completely different, yesterday in training too but it was the same for Ajax too.”

He later told Ziggo Sport: “Surprisingly, the pitch was not good. I thought a football playing side would have a good pitch.

“A few days ago the players were flying physically but they all looked like it was really tough today.”

But Ten Hag scoffed at the suggestion the playing surface was not good enough.

“Let’s hope we get a better pitch at Anfield then.”

BT Sport pundit Ferdinand was equally surprised by the comments.

“Obviously strange to hear that the pitch was a bit soggy and stuff, which was sapping the energy in the legs, but they got through it and that’s all you need to ask of them,” he said.

Klopp also added praise for forwards Xherdan Shaqiri, Takumi Minamino and Diogo Jota, who all replaced usual front three Mo Salah, Roberto Firmino and Sadio Mane with half an hour to play and impressed against the Dutch champions.

“All three who came on are, first, in a really good shape, fresh in a tricky, difficult game on a difficult pitch. That helps a lot and you saw they helped a lot.

“Shaq won deflections, which is pretty special. Taki in both directions, incredible between the lines. And Diogo is a machine so he can punish opponents in one-on-one situations.

“We had these moments, we didn’t finish them off, unfortunately. But it’s completely fine, it was important for them.”