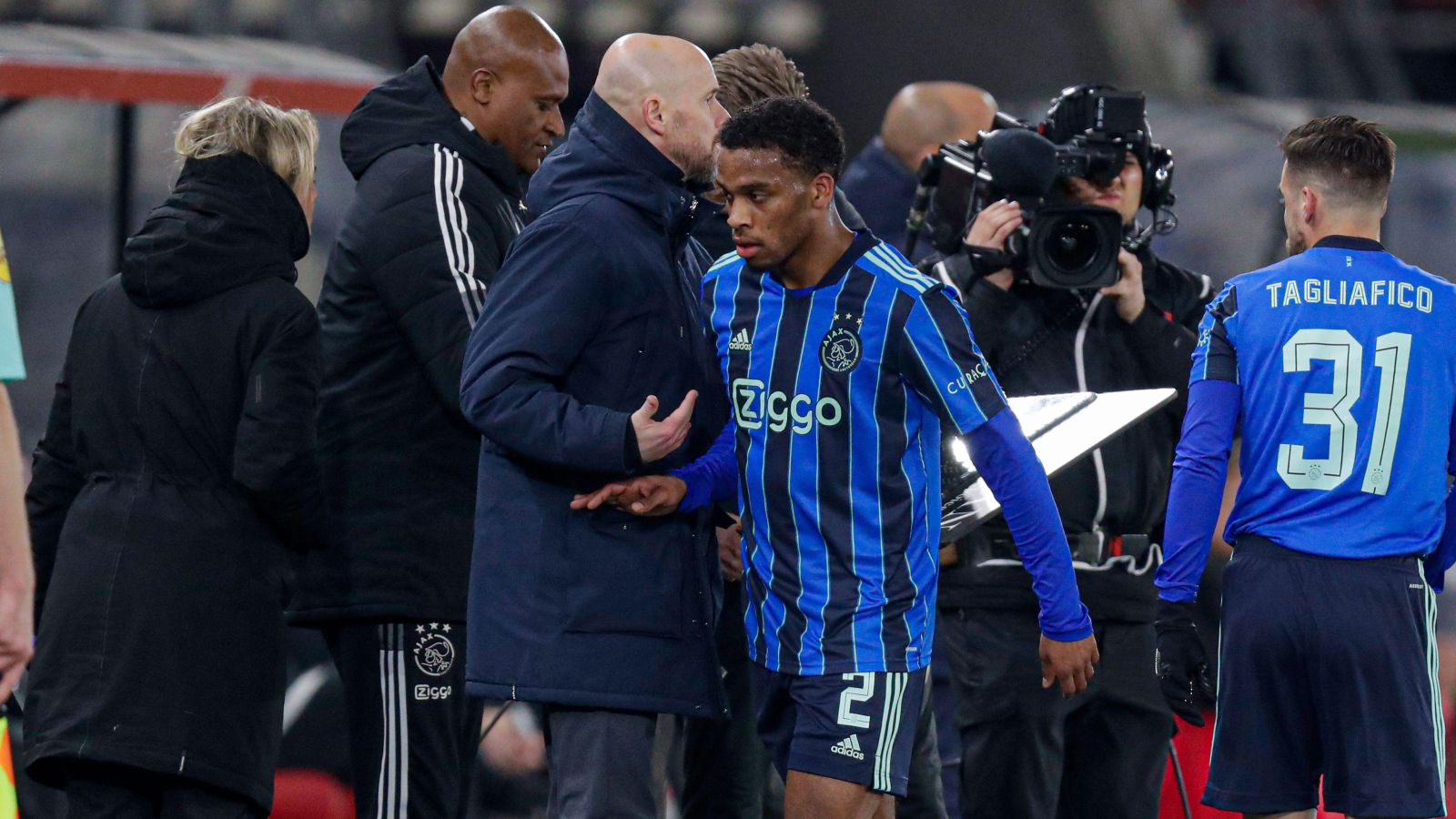 According to reports, Erik ten Hag is a ‘firm admirer’ of Jurrien Timber and Man Utd have ‘begun talks’ with Ajax over the signing of the defender.

Ten Hag has become Man Utd’s new permanent manager ahead of the 2022/23 campaign.

The Dutchman leaves Ajax having helped them lift the Eredivisie title on three occasions.

Timber has been a key player for Ajax over the past couple of seasons. He has played 74 times for them since the start of 2020.

The 20-year-old made his debut for the Netherlands last year. He is predominantly a centre-back but he is also capable of playing at right-back.

The Ajax man has been heavily linked with a move to Man Utd of late. The Guardian are now reporting that Ten Hag ‘wants to make the defender one of his first signings’.

Man Utd are understood to be ‘in contact’ with Ajax regarding Timber. He has two years left on his contract and he is believed to be rated at around £43m.

It is also noted that Ten Hag is ‘monitoring’ Villarreal centre-back Pau Torres. He has a £51m release clause.

Elsewhere, RB Leipzig forward Christopher Nkunku has admitted that Paris is his “home” amid rumours linking him with a move to the Premier League.

Nkunku elevated his game to another level this season, scoring 35 goals and providing 20 assists in 51 matches across all competitions. He scored in the DFB-Pokal final as his side won 5-3 on penalties.

The France international is valued at £58.5m, according to Transfermarkt, and is out of contract in 2024.

With the Premier League’s elite circling, Nkunku has dropped a huge hint about his future, saying that his “heart club” is his boyhood team, PSG.

“Paris, I’ve always said it, it’s my home, my heart club,” said Nkunku (quotes via Manchester Evening News). “I don’t close any doors. Everything is possible in football.