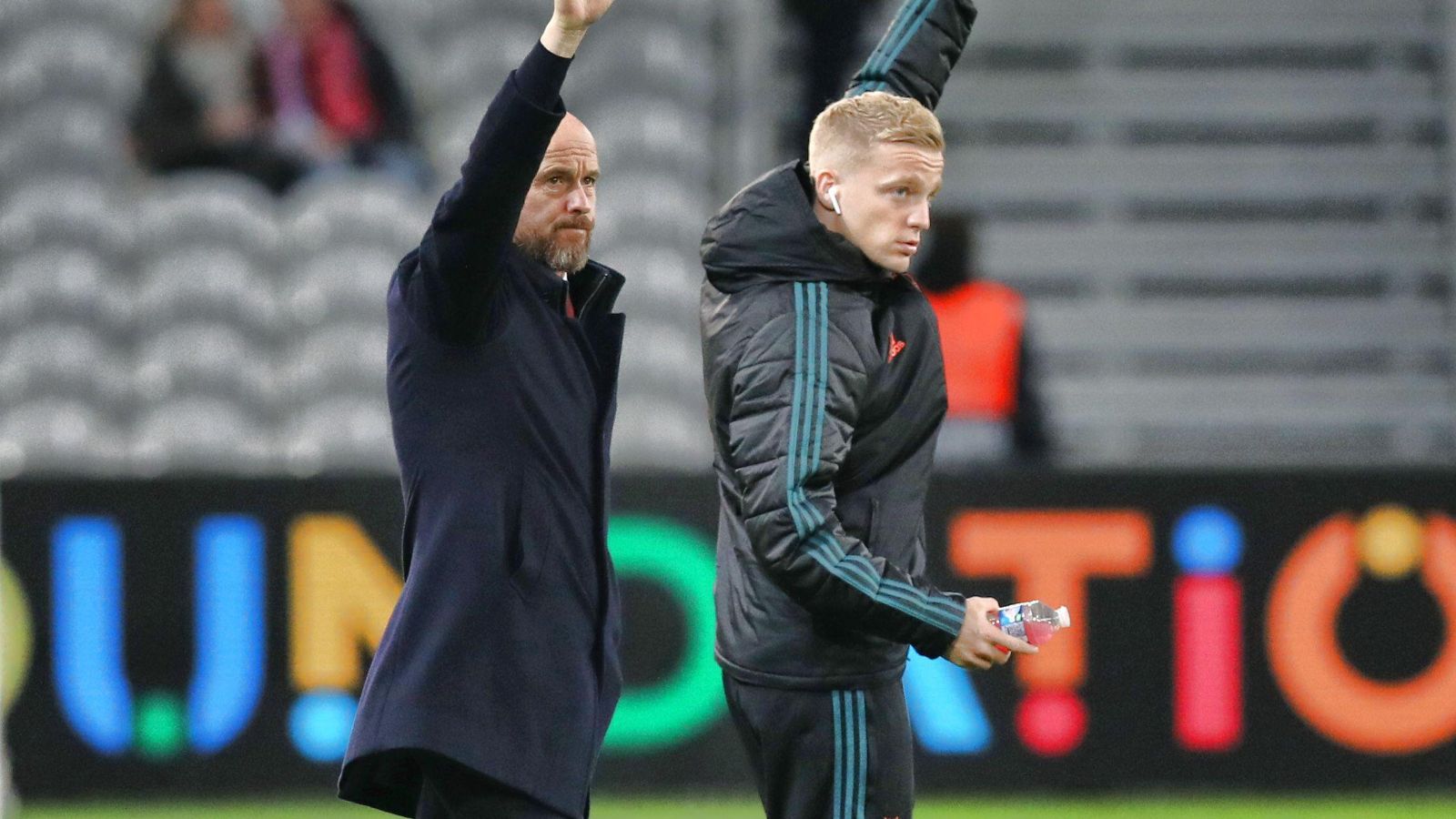 Erik ten Hag looks to have revealed his preferred formation ahead of Manchester United’s friendly versus Liverpool in Bangkok.

Man Utd’s squad returned to training two weeks ago ahead of the 2022/23 campaign. They are now managed by ex-Ajax boss Ten Hag.

Last week, the club’s players and staff travelled to Bangkok ahead of their friendly against Jurgen Klopp’s Liverpool on Tuesday evening.

Cristiano Ronaldo, Phil Jones and Brandon Williams have all missed this trip for differing reasons.

United trained on Monday ahead of their clash versus Liverpool. The Telegraph are reporting that Man Utd ‘lined up in a 4-3-3’ formation during the session.

The report adds that ‘it would be no surprise’ if Diogo Dalot, Victor Lindelof, Eric Bailly and Luke Shaw lined up in a back four.

Fred was in holding midfield with Bruno Fernandes and Donny van de Beek on either side of the Brazilian.

Anthony Martial was up front, while Marcus Rashford (left) and Jadon Sancho (right) were on the flanks.

Martial and Van de Beek had loan spells at Sevilla and Everton respectively towards the end of the 2021/22 campaign. Bailly meanwhile only played four times in the Premier League last term.

The report adds that Harry Maguire trained on his own as a result of a ‘minor injury’. Raphael Varane ‘did not train at all’ so both will miss the game against Liverpool.

Elsewhere, Ten Hag has insisted that Man Utd star Ronaldo is “not for sale” after reports claimed the striker wants to leave Old Trafford this summer.

The latest reports claim that Ronaldo has been left unconvinced by United’s business in the transfer window as he looks to compete in the Champions League again next term.

But Ten Hag insists that as far as he is concerned Ronaldo is “not for sale” and the Portugal international has not told him that he wants to leave Old Trafford.

Ten Hag told journalists in a press conference on Monday: “So he’s not with us. That’s due to personal issues.

“We are planning with Ronaldo for this season – that’s it. I’m looking forward to working with him.”