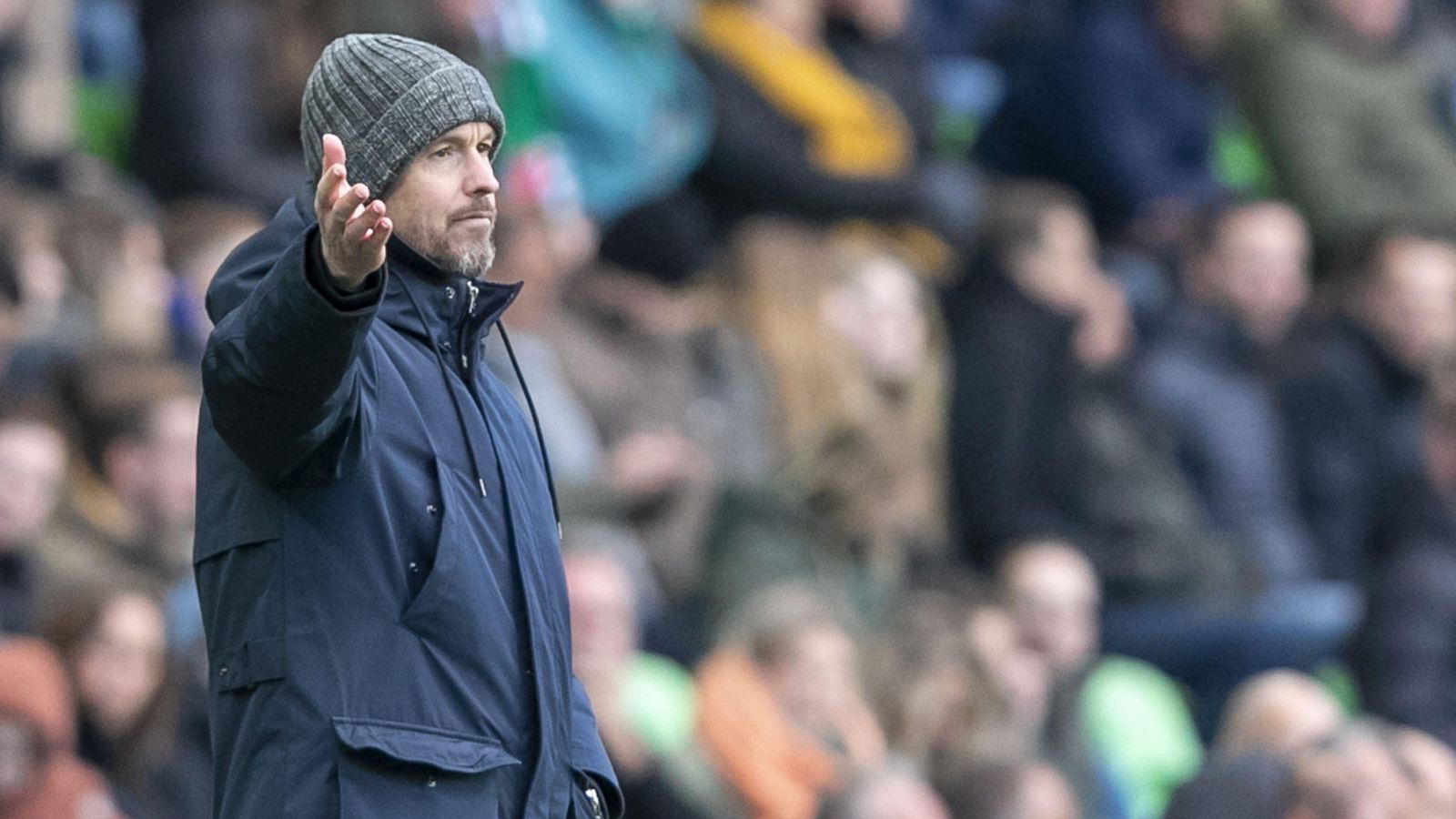 Ajax manager Erik Ten Hag is said to see Manchester United as an “attractive club” but the deal to take him to the Premier League is far from done, according to an informed journalist.

Voetbal International journalist Freek Jansen claims that reports of Ten Hag being close to an appointment are wide of the mark.

He said: “This week I spoke to several people including Erik ten Hag.

“My information is that the only way he will join Manchester United is when everything fits right. His management is working on it, he has a huge list of demands.”

He elaborated on that theme during the the Pak Schaal Podcast, saying: “Here in the Netherlands, we are less of a shot with bullets.

“The information that I, and what other well-versed club watchers around me also have, is that Ten Hag is not out of it yet.

“Of course, he thinks United is an attractive club; who doesn’t, and he has also spoken to the club management. But otherwise, he leaves it all to his management.”

Caretaker boss Ralf Rangnick says that the extent of his future consultancy role at Manchester United would depend on the club’s new manager.

The interim boss would not be drawn on reports that Ten Hag had been lined up as the next permanent appointment at Old Trafford, saying his focus was purely on Saturday’s trip to relegation-battling Everton.

Rangnick was also asked about his own future at the end of a week in which the Austrian Football Association denied having spoken to the 63-year-old about their vacant manager’s position, and said he would discuss his two-year consultancy contract at the end of the season.

But asked if he would be offering thorough insight to the next manager, Rangnick said: “I have already done this, not to any managers, but inside the club.

“I have told them how I see the current squad and what needs to happen in my opinion. The rest I cannot answer now because it depends on the new manager. If he is interested and willing to speak about that and interested in my opinion, I will need to wait and see what happens.”