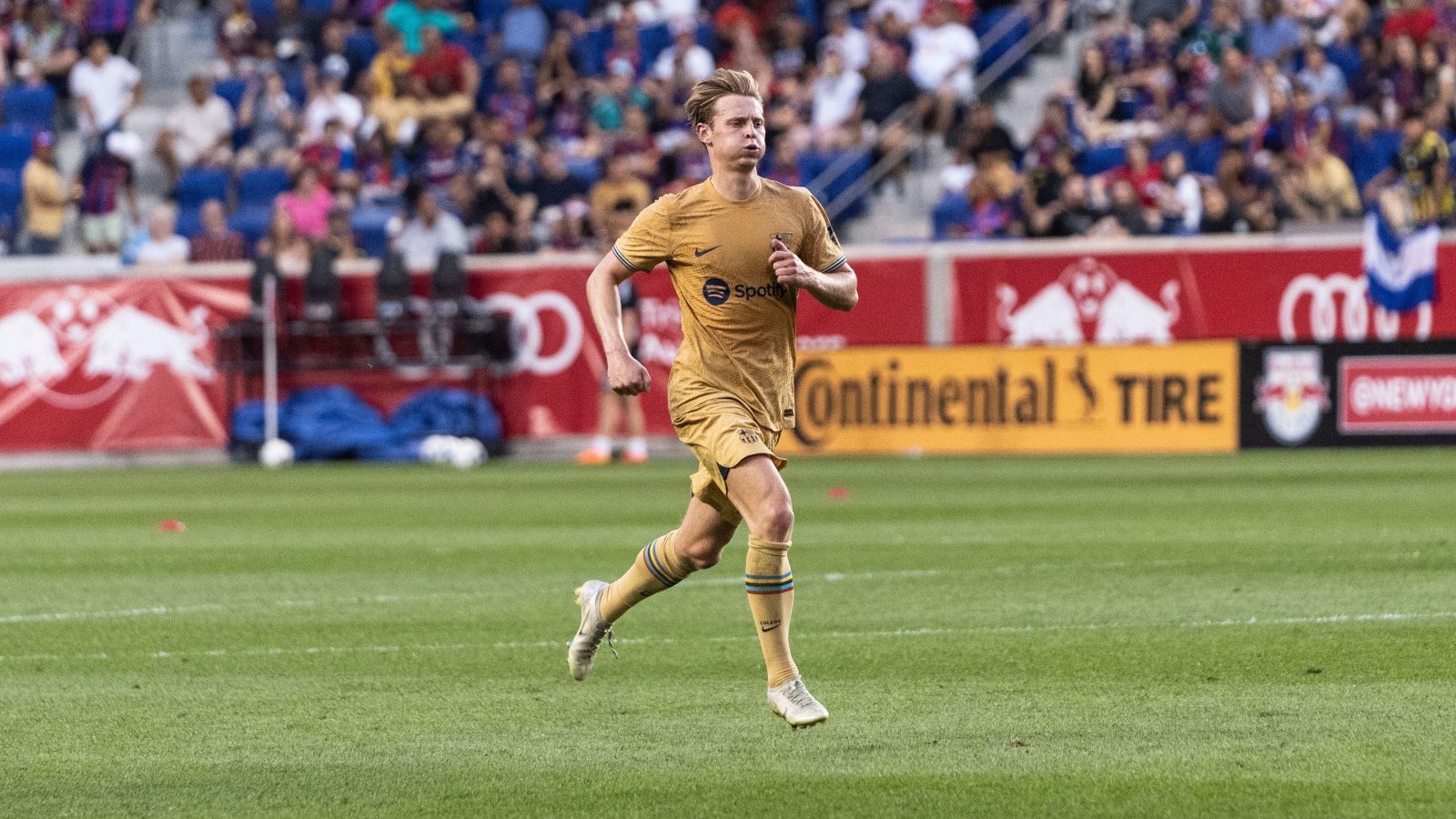 De Jong to the Red Devils is the saga that has dominated much of the transfer window this summer and it still feels some way off being resolved.

Man Utd have agreed a fee of around €85m for the Netherlands international but there are issues De Jong and Barcelona must sort out before his future can be resolved.

The Catalan giants still owe De Jong around £17m in deferred wages and bonuses from the height of the Covid-19 pandemic, while they have also asked him to take a wage cut of just under 50 per cent to remain at the club.

De Jong’s first choice has always been to remain at the Camp Nou but Barcelona want to sell and it seems likely that he will eventually leave with Man Utd and Chelsea interested in his services.

But with the situation dragging on, Man Utd have been lining up other options should their bid for the Barcelona midfielder fall through with Goal claiming that Napoli’s Ruiz is seen ‘as an ideal alternative if top target De Jong cannot be secured’.

Ten Hag is ‘determined to secure a top-quality holding midfielder’ this summer and Ruiz could be ‘the most affordable option’ as his deal runs out at the Serie A club in 2023.

Goal adds: ‘United privately insisted they had alternatives in the event that a deal for De Jong could not be completed, with Youri Tielemans and Ruben Neves also admired.’

Chelsea have Champions League football to offer De Jong, which Man Utd can’t provide but Thomas Tuchel provided the Red Devils with a bit of a boost on Saturday.

Despite Tuchel admitted they are ‘open for everything’, he did play down rumours they were in for a midfielder before the end of the window.

When asked whether Chelsea will be making further signings before the end of the window, Tuchel replied on Sky Sports: “Yeah, if we can add, we add.

“Maybe not necessarily a midfielder as a first option but we’re open for everything. I think we can use new energy, new legs and fresh input to bring us to a new level.

“If not, then we will push this team but I think we could use some more input and some more quality. We’re on it but we will not tell you [who].”