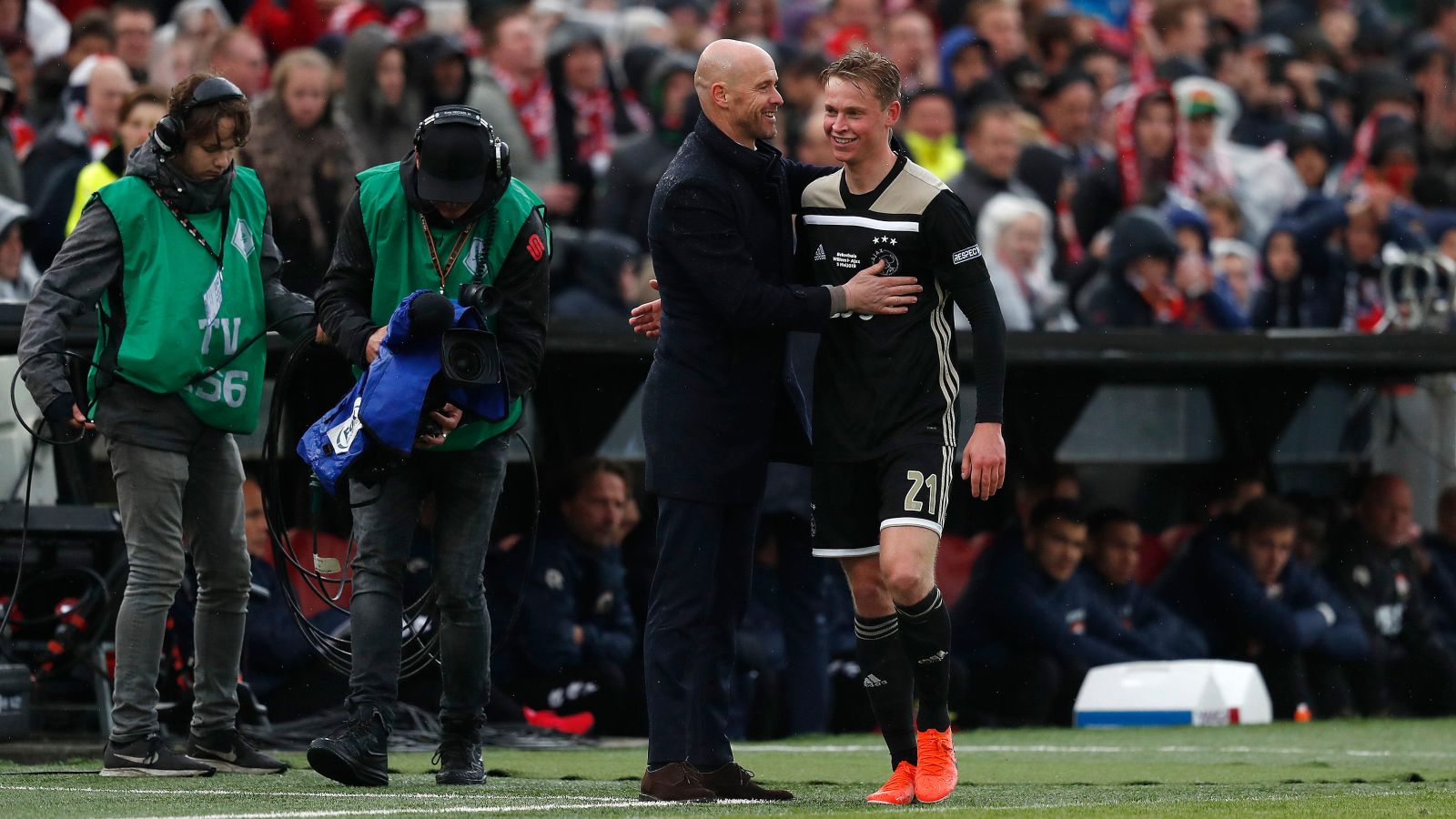 Ten Hag has reportedly agreed a deal to take over as the Red Devils manager at the end of the season with reports claiming it is only a matter of time before his appointment is announced.

Man Utd moved closer to the Premier League’s top four positions with victory over Norwich City on Saturday but they still face a battle to qualify for next season’s Champions League with Tottenham still in pole position.

And with a number of Ralf Rangnick’s side underperforming this season, Ten Hag will want to bring in some new faces of his own.

Spanish publication Nacional insist that Ten Hag is targeting Barcelona midfielder De Jong, who was part of the Dutchman’s Ajax that made it to the Champions League semi-finals in 2018/19.

De Jong moved to the Camp Nou that summer in a deal worth an initial €75m with the midfielder scoring 13 goals in 133 appearances in three seasons for Barcelona.

Ten Hag has ‘asked’ Man Utd to make De Jong – who has been linked with Liverpool in the past – his first signing at Old Trafford and he wants the Premier League club to ‘pay whatever is necessary’ to land him.

He thinks that the signing would ‘greatly raise the level of the squad’ and Barcelona ‘would study the sale of him in case of receiving an interesting offer’.

Franck Kessie will arrive at Barcelona on a free transfer in the summer and the report adds that Man Utd are hoping that will free up the opportunity for them to replace Paul Pogba with De Jong.

The Netherlands international is described as ‘happy’ at Barcelona but that the ‘possibility of meeting Ten Hag again is especially interesting to him’.

And Nacional continues by saying that Barcelona would find it ‘impossible to retain him’ if the player decided he wanted to leave for Old Trafford.

It is understood that if De Jong ‘decides to pack his bags and sign for United, Barca will not make any attempt to retain him’ while currently ‘nothing can be ruled out’.