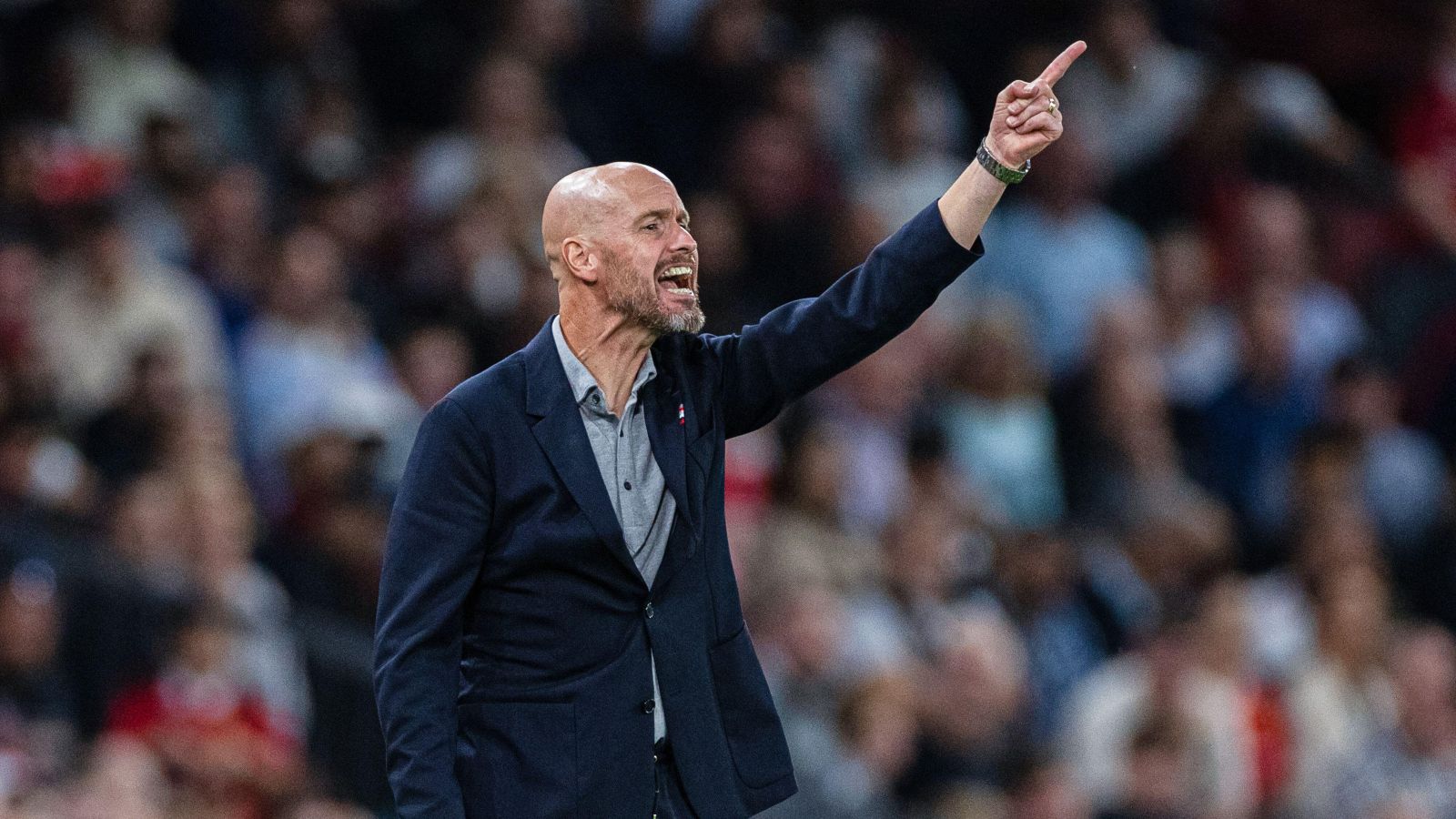 Man Utd boss Erik ten Hag joined in with his squad as he punished them ahead of their victory over Liverpool on Monday night.

The Red Devils couldn’t have wished for a worse start to the season in their first two Premier League matches with Ten Hag overseeing two defeats against Brighton and Brentford.

A 2-1 loss to Brighton at Old Trafford was bad enough but their embarrassing 4-0 defeat to Brentford was a new low in the post-Sir Alex Ferguson era.

Manchester United fans applaud the sh*housery but is it a sign of mid-table hackers?

But they couldn’t have responded in a better manner as Ten Hag’s side produced an energetic performance against Liverpool to beat Jurgen Klopp’s outfit 2-1, thanks to goals from Jadon Sancho and Marcus Rashford.

Brentford ran 13.8km more collectively than Man Utd in their demolition of the Red Devils and Ten Hag made his side run that distance on their scheduled day off on August 14.

It worked as Man Utd ran further than Liverpool on Monday night and The Athletic has now revealed that Ten Hag ‘joined’ his players in the 13.8km punishment.

The Dutchman ‘took part in the running session to show his togetherness with his players’ and his Man Utd players ‘appeared to react positively to his unorthodox method’.

Victory over Liverpool saw them leapfrog their arch-rivals with their first points of the new campaign as Klopp’s men continue their search for their first win – but not everyone is convinced by Ten Hag.

Former Crystal Palace chairman Simon Jordan claims he could tell that the Man Utd job is “too big” for Ten Hag by his post-match interview and suit choice.

Jordan told talkSPORT: “You know what I took away from that interview yesterday? Honestly, and people are going to say ‘nah, this is Jordan’, I looked at Ten Hag and I thought ‘this job is going to be too big for you.’ That was my takeaway.

“I listened to the interview, I watched him stand there, I looked at a small man in a suit that doesn’t fit him and I thought to myself ‘you don’t look like I thought you would.’

“Do you know what I thought he would look like in personality and demeanour? Jaap Stam, that sort of chest out, I know he’s not got the physical components of Jaap Stam.”

On dropping Cristiano Ronaldo, Jordan added: “But when I saw his list of rules about ‘you won’t do this and you won’t talk outside the dressing room.’ Ronaldo isnt fit, it’s an easy decision not to play Ronaldo because he isn’t match fit, so I don’t look at it and go ‘that was such a brave decision’.

“Because the media build up such a back story about important Ronaldo is, it doesn’t mean that Ten Hag is so brave that he doesn’t follow the narrative of the scribes. He can see if Ronaldo is fit or not, so if Ronaldo isn’t match fit you wouldn’t play him, would you?”