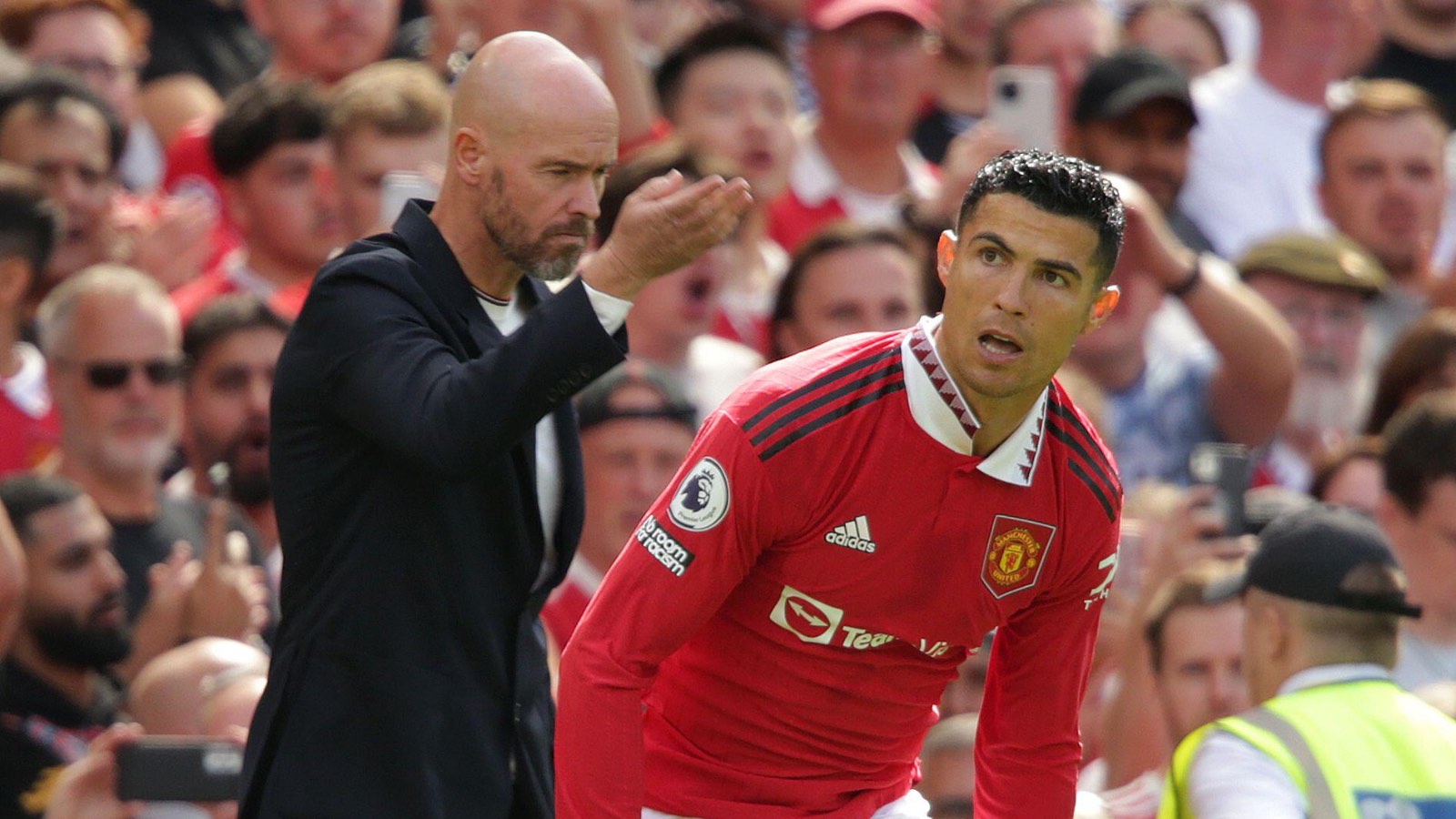 A brace from Pascal Gross gave the Seagulls a well-deserved half-time lead as they opened Ten Hag’s side up at ease.

Ronaldo was introduced shortly after the break, with Christian Eriksen – who was perhaps the one bright spark for United throughout – moving into a deeper role in midfield.

And Ten Hag said the improvement was clear in the second period, when United reduced the deficit through an Alexis Mac Allister own goal.

The Dutch boss told Sky Sports: “It was clear to see in the second half we were better in the midfield, Christian Eriksen down and Cristiano Ronaldo up.

“We created and had really good chances. It is a pity we didn’t score them.”

But there was no great evidence of change from last season in the first half for United, with the players looking lost in the most part.

And Ten Hag admits it was a “real disappointment”.

He said: “Of course it is definitely a setback, a real disappointment. We have to deal with it.

“I knew from the start it wouldn’t be easy. It is a process, it takes time – but you don’t have time. You have to win games. We should have done better. We have to analyse it and take the lessons.”

Potter said on Sky Sports: “It was a great performance, a deserved win over the course of the game, a fantastic effort and a great way to start.

“I thought we had an idea how to attack and when we could we tried to press and put them under pressure. We were positive and we were brave.

“It is a difficult place to come because of the quality they have and the crowd get behind them quickly. Our performance first half was really strong.”

“We can’t ask for much more,” Gross said. “Three points away from home against Manchester United – their first home game, it’s a big win for us.”

Gross, who has a good scoring record against United, added: “I would love to score more goals against other teams – but always against Manchester United. I don’t know why!