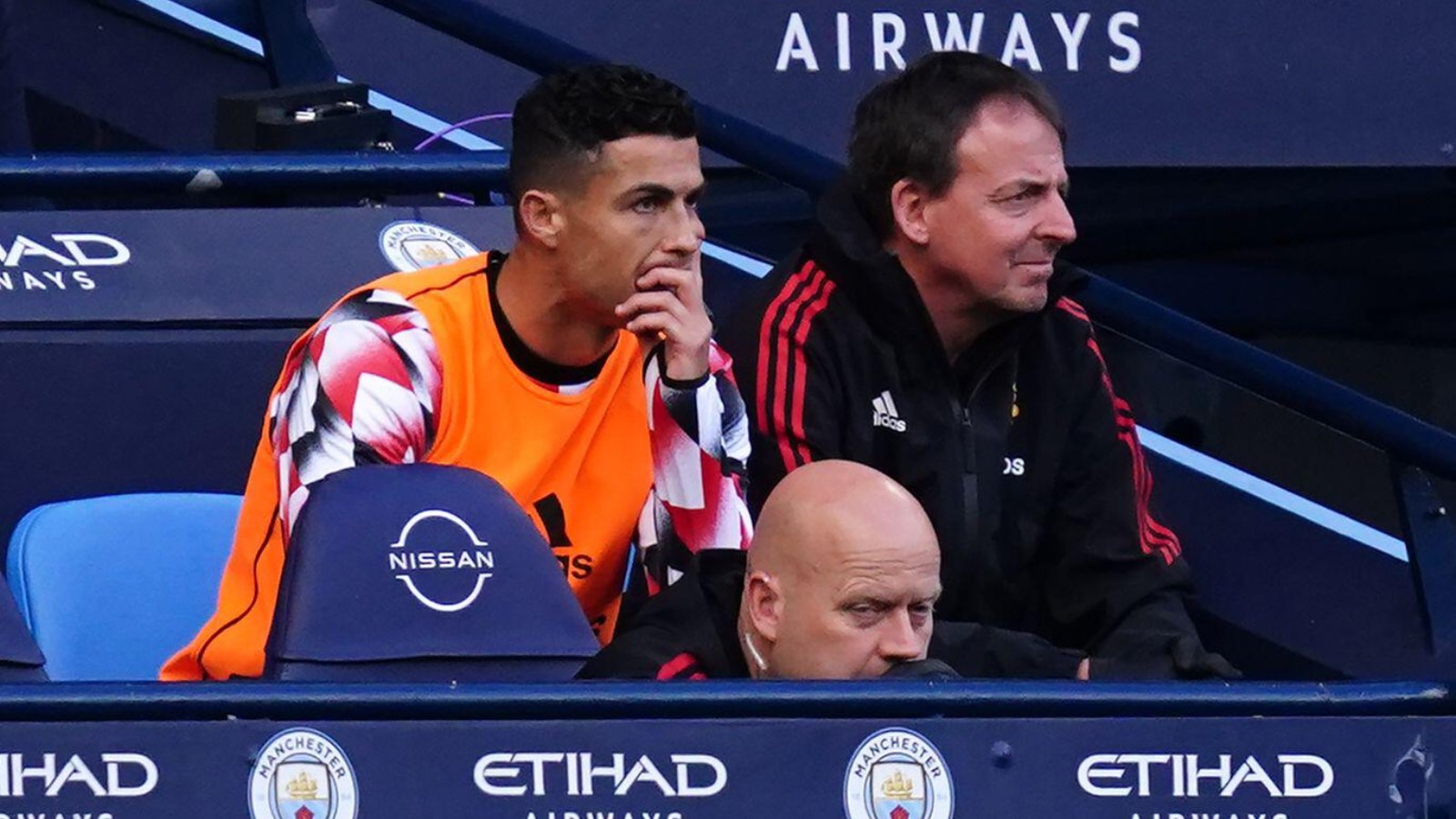 Cristiano Ronaldo cut a frustrated figure as he watched his Manchester United teammates get mauled by Manchester City, but he was left on the bench “out of respect”.

That’s what manager Erik ten Hag claimed after United were beaten 6-3 at the Etihad on Sunday.

“I wouldn’t bring him in out of respect for Cristiano and for his big career,” Ten Hag said. “The other thing was the advantage, I could bring Anthony Martial as he needs the minutes, but I don’t want to point it out like that.”

It was a move that worked well for Ten Hag as Martial scored a brace in the short time he was on the pitch to put a gloss on the game.

But the United players were roundly criticised for their display by Roy Keane, while Gary Neville explained what the Dutch boss must “analyse most” after his side “bottled it”.

Ten Hag admitted that his players were punished for being “undisciplined” and insists the result was “nothing to do with City”.