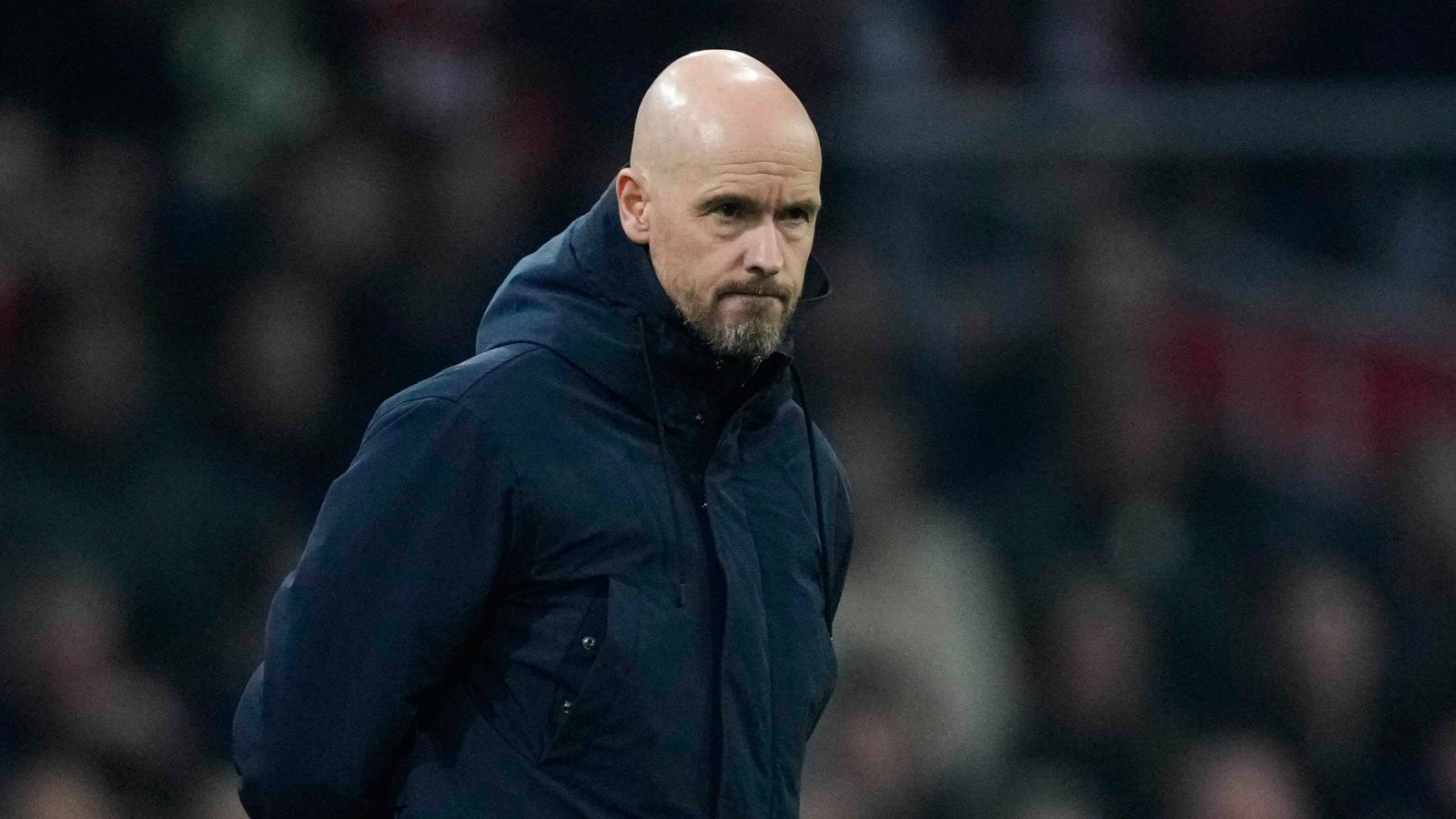 United football director John Murtough said at the start of the month that a “thorough process” was ongoing to select the right person to take the helm.

F365 says: Palace have a better full-back than the one they sold for £50m

He said: “We are now conducting a thorough process for the appointment of a new permanent manager who will take charge this summer, with the objective to get us back to challenging for those domestic and European titles.”

Manchester Evening News claim Ten Hag is United’s ‘prime choice’ to replace interim boss Ralf Rangnick, though the club have not made a final decision as ‘the process continues’.

Mauricio Pochettino ‘remains under serious consideration’, while the club have ‘refused to rule out an approch for Thomas Tuchel amid uncertainty at Chelsea’.

But the report cites Ten Hag’s ‘relatively low compensation fee’, given he’s out of contract at Ajax next year, as key to him becoming the ‘preferred option’.

United are also ‘impressed by how Ten Hag has assembled two successful teams either side of the sales of Matthijs de Ligt and Frenkie de Jong in 2019’, while his ‘potential for longevity also appeals’ as he joined Ajax in 2017.

Ten Hag is Jamie Carragher’s pick to take over at Old Trafford.

“I’d go with Ten Hag because I think he’s an up and coming manager,” said Carragher.

“When you look at Ajax, yes, obviously dominant within their league. But what he’s done in the Champions League in terms of the first Ajax team that he sort of and built and got to the final – that fell apart.

“Then to create this team. Yes it’s gone out at the last 16. But I think if you were judging him on a coach you’d look at the group stage as well – winning every game and the way they win.

“It’s not just like what trophy a manager has won now, it’s how his team play, how he comes across.

“I think he’s worked with Pep Guardiola. He was at Bayern Munich as the reserve team manager there so he’s got plenty of experience.

“He’s at a club now, Ajax, where you can actually go and take their players or managers – selling clubs.

“I was watching him at the end when the whistle went and I really liked the way he conducted himself. He shook the hand with every official. And he stopped one of his players who was trying to get to the official and was emotional, screaming and shouting.

“He had a nice bit of class about him because you can’t always win.

“If it was me I’d be thinking ‘yeah’ he plays really good football, he seems a good character. He built two teams at Ajax that have done really well. And that’s what Manchester United need – somebody to build a team.”