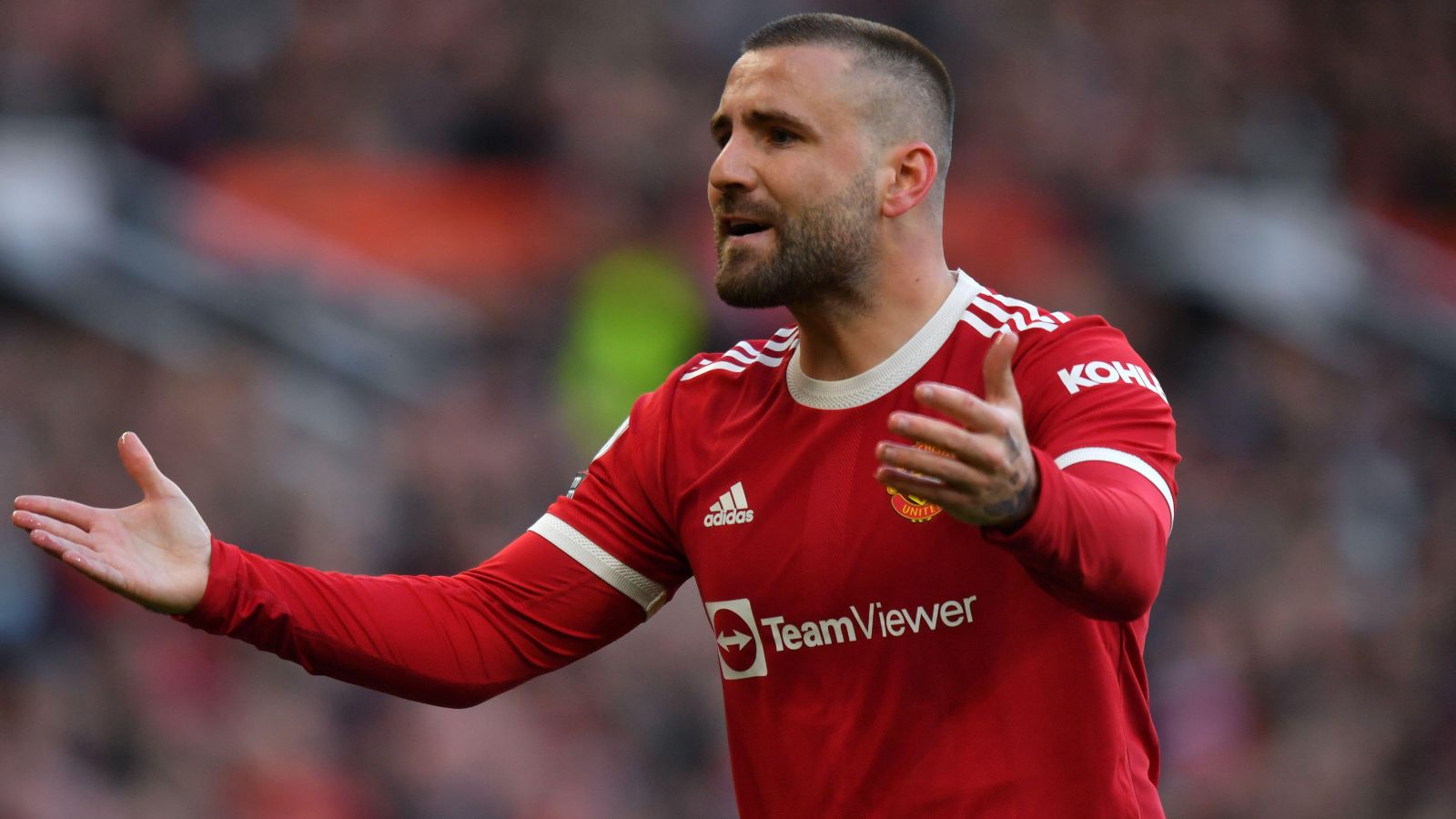 After a wretched 2021-22 campaign that started under Ole Gunnar Solskjaer and ended embarrassingly under interim boss Ralf Rangnick, the Old Trafford giants handed the reins to Ajax’s highly-rated coach.

There have been a number of promising moments since Ten Hag took over, with long-serving left-back Shaw saying there are “very good signs, clear signs” of what he wants as United make progress.

But there have also been some downs like the 6-3 derby defeat at Manchester City and humiliation at Brentford – a 4-0 loss that saw the England international dropped and only recently regain a starting spot.

“Yes (I am happy with my performances) but I think the most important thing is the team,” Shaw said. “Whenever I get a chance, whenever I play, I just try to give my best.

“The good thing with this manager, this gaffer, is that if you’re not playing well then you won’t play.

“In the past that’s not been the case but I think the good thing about this manager is that he’s keeping everyone on their toes.

“He makes sure that everyone is 100 per cent every day. If you’re not at it then you won’t play. That’s a positive thing.

“We all know that. And for me I’ve just got to keep working harder.”

Ten Hag certainly has not been afraid to make big calls, having also put captain Harry Maguire on the bench after the Brentford loss and only started Cristiano Ronaldo once in the Premier League since then.

It is an approach that Shaw appreciates having freely admitted he deserved to be replaced at left-back by summer signing Tyrell Malacia.

“To be honest, I didn’t really need (the manager) to say anything to me,” he said. “I knew.

“I knew the first two games were nowhere near good enough. I completely understood that it was my time to come out of the team.

“The results were bad, my performances were not good enough.

“I was just waiting for my opportunity and had to bide my time because the team were doing well and we were winning.

“You can’t moan, you just have to be there every day with the team, being involving and helping the team – whether you’re starting or on the bench.”

Asked if there was anything Ten Hag asked him to work on, Shaw added: “Not really but I think I’m at that age that I think it’s about time I start putting in more consistency.

“Over the years I’ve had a lot of ups and downs. For me, that’s not good enough and not what I want to be achieving.

“For me now it’s all about consistency and I just need to keep training hard, keep the focus and give everything I can for the team.”

Shaw was speaking after United’s frustrating 0-0 home draw with Newcastle – a match that is swiftly followed by Wednesday’s Old Trafford clash against Tottenham and Saturday’s trip to Chelsea.

“One that got away I think,” he said. “It’s quite quiet in the changing room.

“We’re disappointed. Where we want to be and what we want to achieve, it’s games like this at home to Newcastle we have to win.

“We know that and it was the start of a big week with three games.

“It wasn’t the result we wanted and we know that, but we have to put it behind us and we have a big game on Wednesday. We have to win that.”