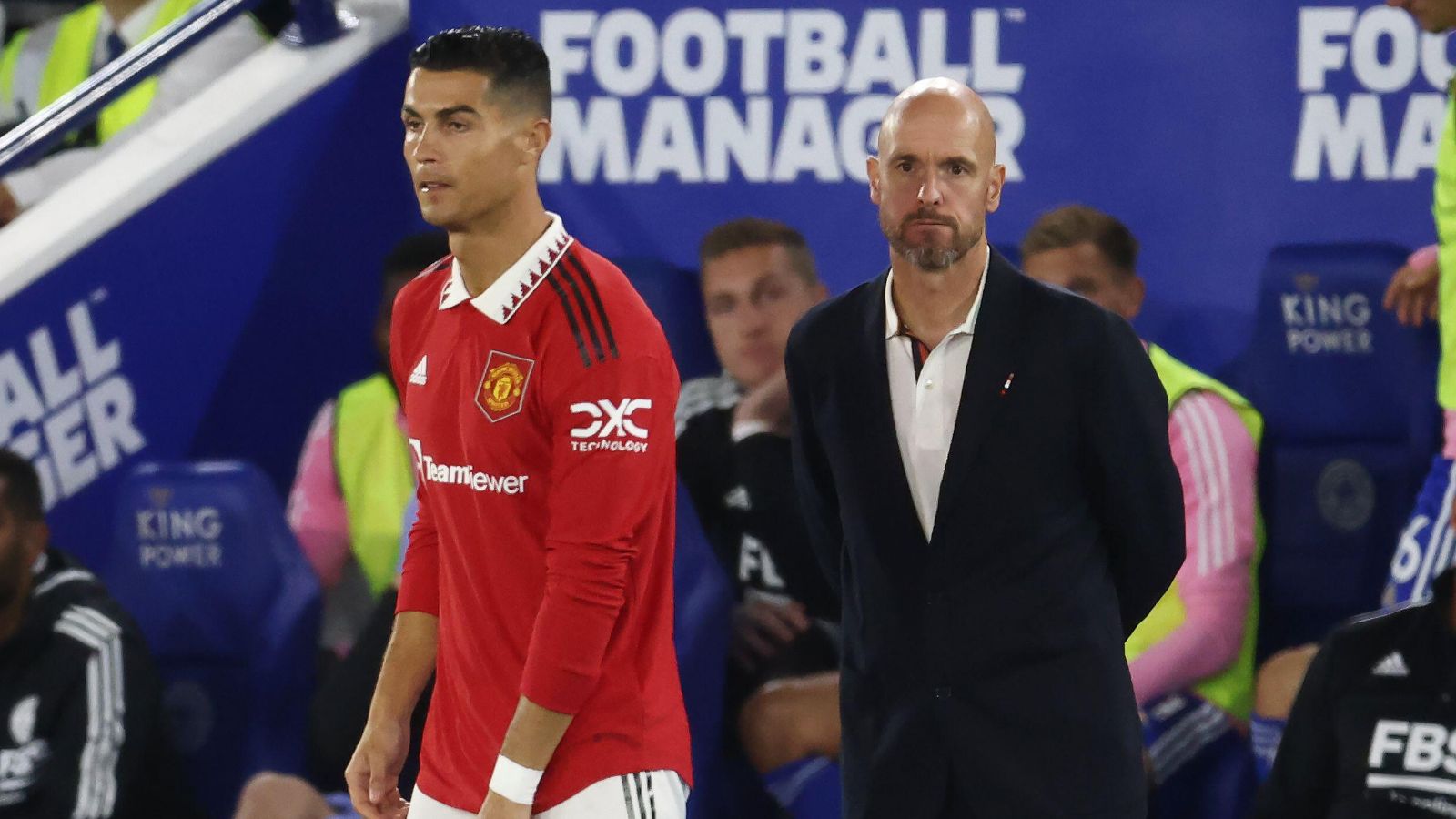 Erik ten Hag has praised Man Utd striker Cristiano Ronaldo and he has insisted that he “wants to get the best out of” the 37-year-old.

Ronaldo scored his 700th career goal over the weekend as he helped Man Utd beat Everton 2-1 at Goodison Park.

The forward has endured a stop-start beginning to the new campaign. He was hampered by missing pre-season which has left him playing catch-up with his team-mates.

The 37-year-old looked to leave United in the summer and it has been suggested that he has been at “loggerheads” with Ten Hag.

The Dutchman has always stuck with Ronaldo in public, though. He has praised the forward but he has reiterated the importance of taking part in pre-season:

“I want to support him as good as possible. We have certain demands from players, what we expect in certain positions,” Ten Hag told reporters (via Manchester Evening News).

“I want to get the best out of him, he’s in better shape now and I’m happy with that. At the start, it was the case [lack of fitness], it’s proven once again, no one can miss a pre-season.”

While Ronaldo has been in and out of the team, Anthony Martial has shone when he’s been fit enough to play.

The Frenchman has three goals and two assists in just four games this term. He started against Everton but he was forced off with an injury before the interval.

Ten Hag has insisted that Man Utd “need” Martial so it is “disappointing” when he’s not available:

“Not today [Martial training], we will see how it develops for Sunday. Harry [Maguire] is out. And longer-term Donny van de Beek and Aaron Wan-Bissaka.

“Of course, I want him [Martial] in, sometimes it’s disappointing when they aren’t available because I know we need him. When they aren’t, you have to deal with the situation.”

Ten Hag thinks squad depth is important for United with them competing in several competitions:

“I think all the clubs have the same problem, the teams that play in Europe.

“We have a squad to cover that, injuries and suspensions will happen, but you have to deal with it as a squad.

“All the players have to manage their game time, that’s what I do all the time. That’s why we have a good [thing] with double positioning, with depth, so if we have to rotate, we can replace players”

He added: “I told the players weeks ago, before the break, it was important to win the group. We want to win all the games, but it’s clear, we want to avoid that [finishing second in group].”