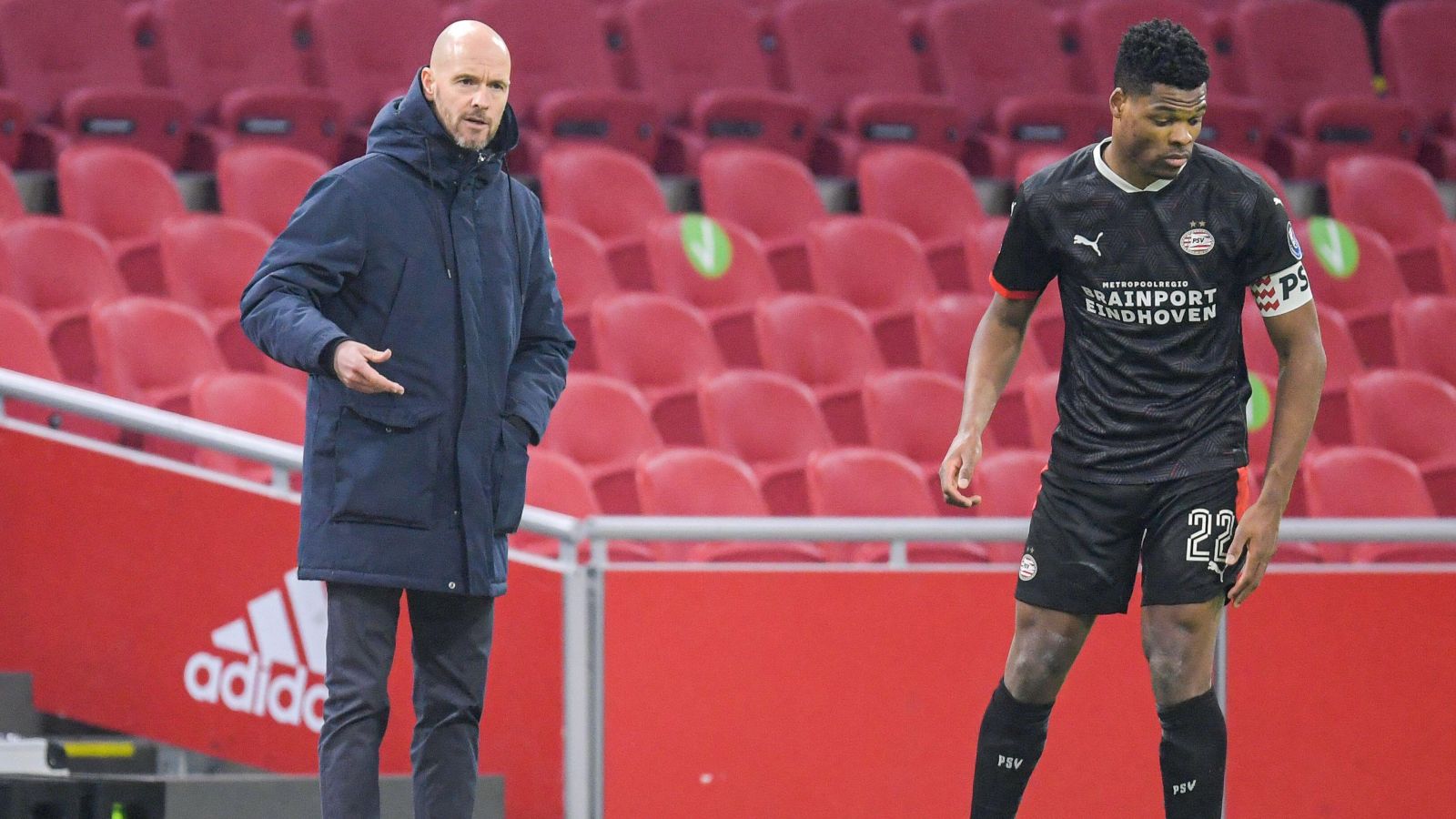 Erik ten Hag is reportedly in ‘pole position’ to land Inter Milan full-back Denzel Dumfries, who ‘could pack his bags’ if Manchester United ‘come up with a fair offer’.

Dumfries moved to Inter from PSV Eindhoven last summer having impressed for the Netherlands at Euro 2020.

MAILBOX: Pochettino in for Ten Hag at ‘crap’ Man Utd and other Premier League predictions

The 26-year-old made 33 league appearances in his debut Serie A campaign, contributing five goals and five assists from right-back.

A report on Saturday claimed United are ‘ready to make an offer’ for Dumfries as Ten Hag ‘dotes on’ the Rotterdam-born star who brings the ‘timing and physicality’ he wants at Old Trafford.

It was claimed Inter would ‘certainly not object’ to selling Dumfries for €40m if they hang on to Paris Saint-Germain target Milan Skriniar, but a United move depends on whether they can find a buyer for Aaron Wan-Bissaka.

Inter’s willingness to part with Dumfries has now been backed up by Calciomercato (via Sport Witness), who claim the Serie A side have but ‘everyone on the market’ except for Nicolo Barella, Alessandro Bastoni and Lautaro Martinez, as they look to raise €60m by June next year to get the accounts in order.

The report claims that the player with the ‘most market’ is Dumfries, who has ‘many admirers’ in the Premier League, with United boss Ten Hag in ‘pole position’ to land him.

The Dutchman ‘would be pushing’ for his compatriot to join United this summer and should the club ‘come up with a fair offer’, Dumfries ‘could pack his bags’.

Ten Hag reiterated on Friday the need to bring in new faces despite some promising signs on their preseason tour.

“We sign Eriksen for the midfield department,” the United boss said. “We are really happy with that.

“Yes, I am really happy with the performance from our midfield and offence department in this moment.

“But I also know this season – we talk about it in Bangkok and Melbourne as well – is a lot of games, the World Cup, so we need more options where you have a good team.

“And it’s not only about the team, you need a good squad to get the right results at the end of the season.

“So we have to strengthen the squad even more and we are looking around, but also we need the right players.”