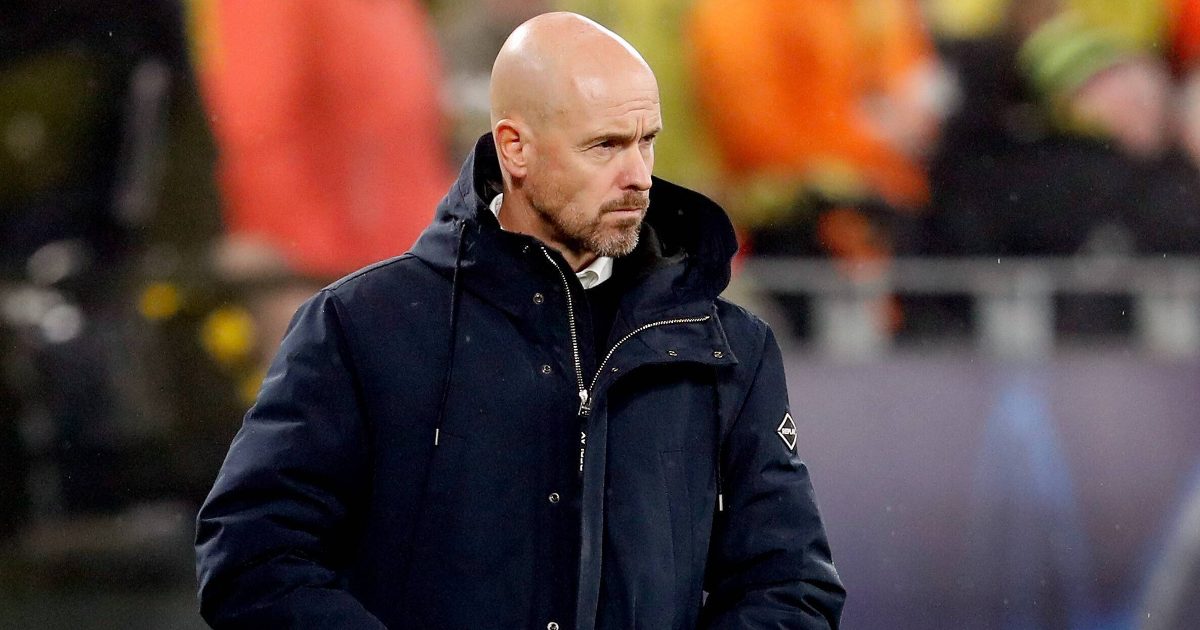 Ajax boss Erik ten Hag says he is “ready” to move abroad amid links to Manchester United, who he claims have committed a “mortal sin”.

Ralf Rangnick is the new interim boss at United but Ten Hag has been linked with the permanent role at Old Trafford.

And Ten Hag says that while he is “not chasing” a move away from Ajax, he is “ready” for the challenge.

“I think I’m ready for it [coaching abroad]. I would be happy to take up that challenge.” Ten Hag told de Volkskrant.

“But I’m not chasing it. If it turns out that that step will never come, I will not say that my coaching career has failed.

“But I think I have sufficient competencies to take on that challenge.”

Van de beek has started just four Premier League games in 15 months at Old Trafford and has been heavily linked with a move away from the club in January.

READ MORE: The intellectualisation of the Premier League in seven graphs

The arrival of Rangnick could lead to more opportunities for the Dutch midfelder, although he was left out of the team for the German’s first game in charge against Crystal Palace on Saturday.

Van de Beek won the Eredivisie title and Dutch Cup under Ten Hag at Ajax, as well as reaching the semi-finals of the Champions League.

The 51-year-old manager said that he’s still in touch with Van de Beek and labelled his lack of chances at United a “mortal sin”.

“Donny, I find that hard,” said Ten Hag. “[It’s a] mortal sin. If you haven’t had a chance yet, then development will also stall. Every now and then you encourage them.”

Meanwhile, Ralf Rangnick says it will take time for him to turn his United players into “pressing monsters”.

“I am more than optimistic, but I also have to be realistic,” he told the Daily Mail. “Five weeks ago, our team lost 5-0 against Liverpool — and it could have been a lot more if we are honest.

“Against City it was 2-0 — but it could also have been more. It was important to win the point at Chelsea but the performance? I don’t know. They had 24 shots on goal and we had three.

“So right now, to say I will challenge the top Premier League managers in the next few weeks or months, is not realistic.

“I cannot turn the players we have into the pressing monsters I want them to be within two, three or four weeks. The same happened to Jurgen when he came in the middle of the season.

“Liverpool had a lot of muscle injuries in that time because they were not used to that kind of training so we have to be smart.”