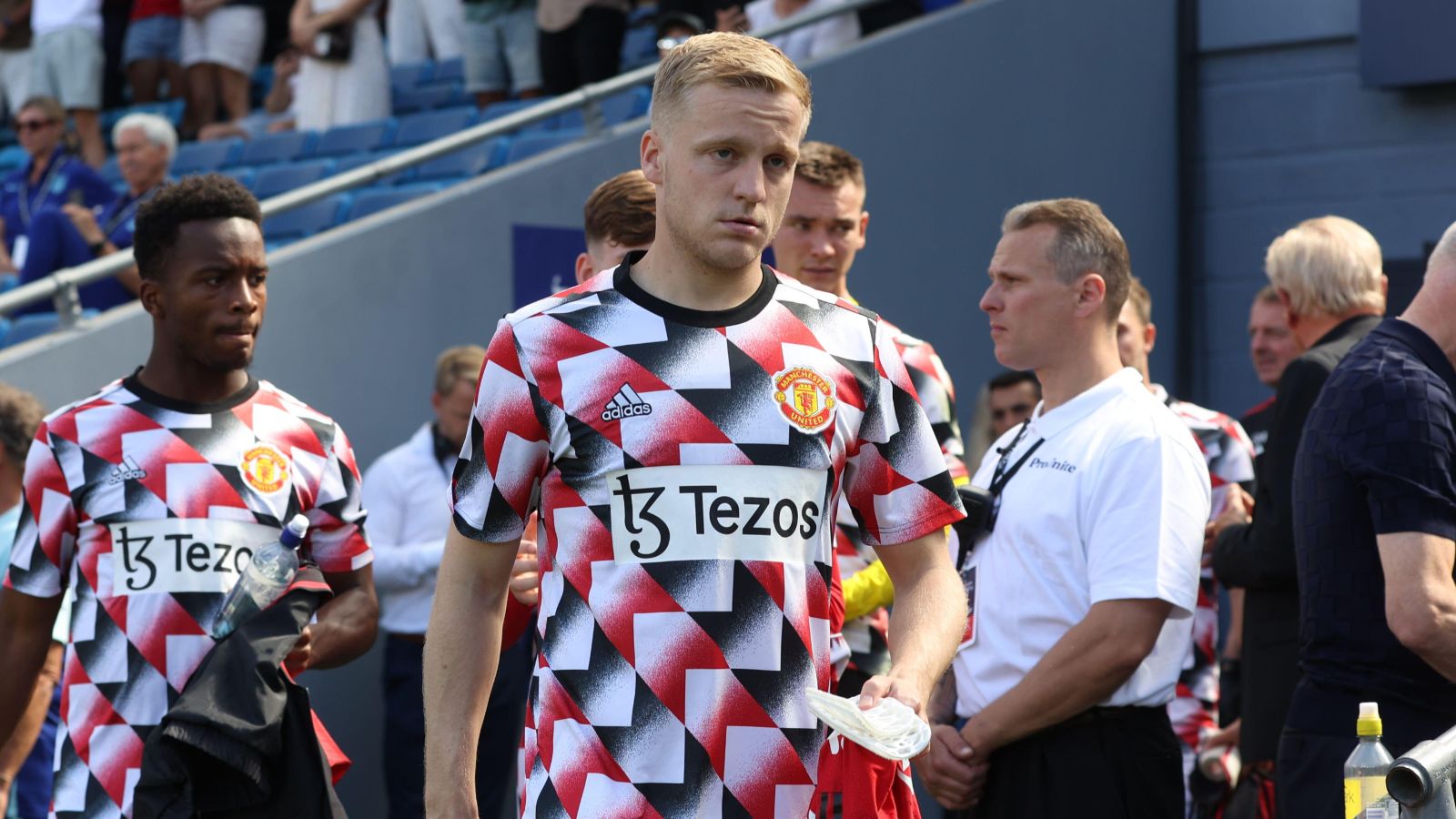 Erik ten Hag has reassured Donny van de Beek that “chances will come” for him to play for Man Utd in the coming months when he returns to full fitness.

The manager previously worked with the midfielder during their time together at Ajax.

Unfortunately for the midfielder and United, this transfer has not gone to plan so far. He has only been a bit-part player over the past few seasons.

Van de Beek joined Everton on loan last term but this spell was ultimately hampered by a thigh issue. He only played seven times for the Toffees in the Premier League.

He would have hoped that his fortunes at United would have improved this term as he was reunited with Ten Hag.

It has not happened for Van de Beek so far though. He is yet to start in the Premier League this season.

The centre-midfielder has missed United’s last four league games as he is struggling for fitness.

It has been suggested in recent days that Van de Beek is ‘surplus to requirements’ and Leicester City are being linked with him.

Ten Hag has encouraged Van de Beek that his “chances will come” but he needs to be available to “fight for his position”:

“He has a muscle injury that took a couple of weeks,” Ten Hag told reporters.

“He is now back on the training ground. He is outside doing his work. But it is still individual. He has not returned to team training. We have to wait for that moment.

“He has to be fit. Obviously that is a disadvantage. He is now, for two and a half years, here. He had a pre-season, which was quite okay. His chances will come.

“He came on against Brighton and he did very well. But you have to be available. When you are not available, you cannot get a place in the first eleven. Now he has to make sure that he can get fit and then fight for his position.”

Man Utd are back in action on Sunday as they face Everton in the Premier League. Ten Hag has confirmed that Raphael Varane is “close” to being fit to play.

The manager has also confirmed that Harry Maguire and Aaron Wan-Bissaka will not play:

“It is difficult to say [if any more players will be available]. [Raphael] Varane has made progress and he might be available but I think it will be close,” said Ten Hag.

“From the other players, Harry Maguire [is] not, Aaron Wan Bissaka and Donny van de Beek [are] both not.”

READ MORE: The demise of Cristiano Ronaldo is getting harder to watch. Man Utd are nannying a GOAT