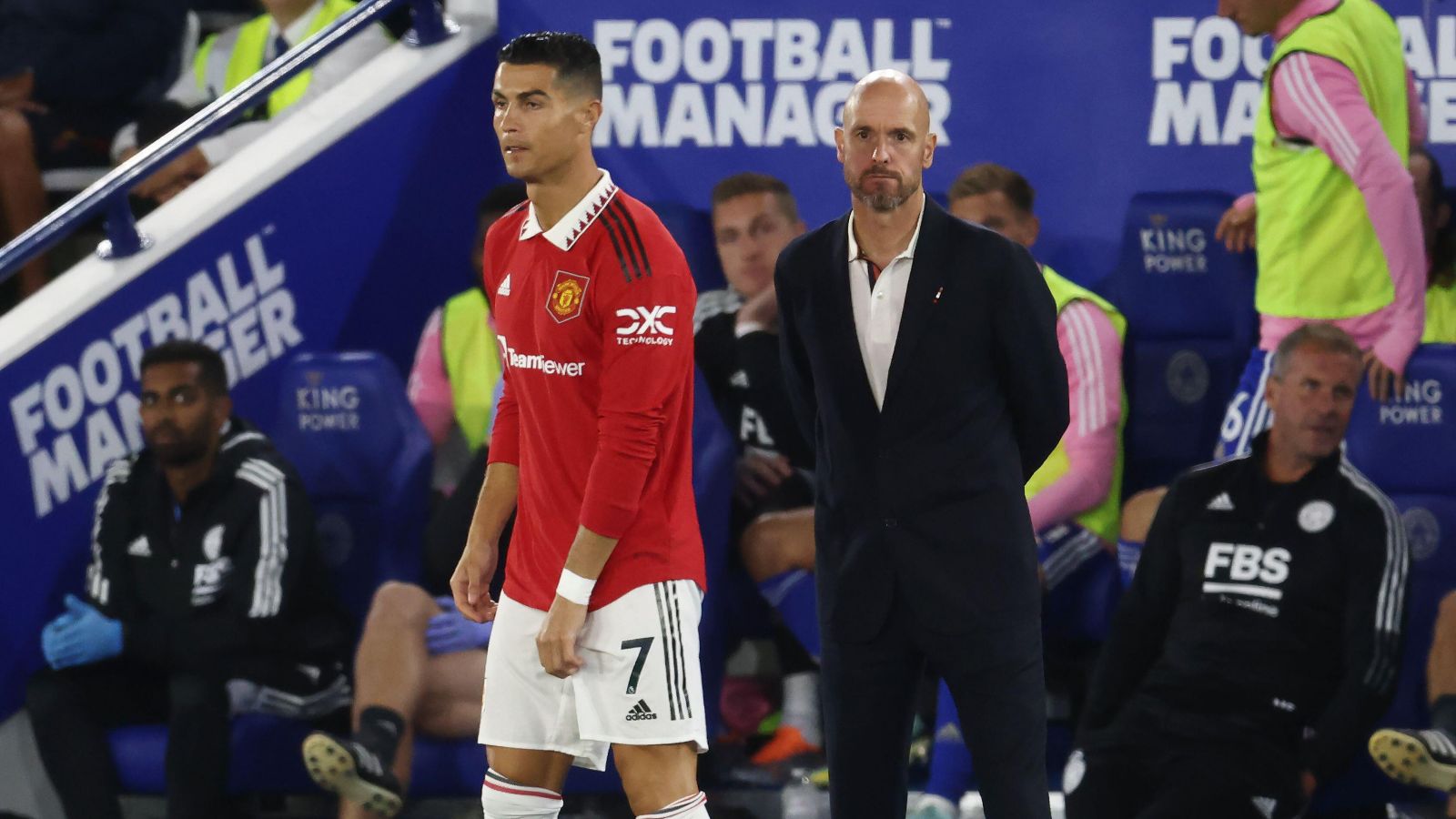 Man Utd boss Erik ten Hag is reportedly still ‘reluctant’ to allow Cristiano Ronaldo despite claims that he is ready to let him leave.

The Portugal international made it clear to the Red Devils hierarchy in the summer that he wanted to move on after Man Utd failed to qualify for the Champions League.

But there was seemingly a lack of interest in Ronaldo over the summer transfer window with the only offer coming from a Saudi Arabian club.

There was some reported interest from Chelsea, Atletico Madrid and Sporting Lisbon but none of that materialised into a solid bid.

Ten Hag has left Ronaldo out of his starting Xi for all but one Premier League match with the 37-year-old having to get used to be used off the bench.

The Man Utd boss insisted he didn’t bring Ronaldo off the bench in their 6-3 defeat to Man City on Sunday “out of respect” for the five-time Ballon d’Or winner.

“I wouldn’t bring him in out of respect for Cristiano and for his big career,” Ten Hag said after the match. “The other thing was the advantage, I could bring Anthony Martial as he needs the minutes, but I don’t want to point it out like that.”

And the Daily Telegraph reported earlier today that Ronaldo is ‘eyeing a January exit’ and Ten Hag ‘will not stand in his way if a suitable offer arrives’.

‘Ronaldo cut a frustrated figure as he watched from the sidelines as United collapsed and it is understood the Portugal striker, barring a dramatic upturn in his fortunes, is hoping to get a move in January after failing to land the transfer he wanted in the summer.

‘Ten Hag has trodden carefully whenever the subject of Ronaldo is raised but it is believed the United manager is open to letting the 37-year-old leave in the winter window if an acceptable offer is made.

‘Having wanted to keep Ronaldo when he first took over, Ten Hag has been more relaxed about him leaving ever since the player made it clear he wanted to go.’

However, ESPN claim that Ten Hag ‘would still be reluctant to let him leave in January’ after the Man Utd boss was ‘told it is highly unlikely there will be money to spend until next summer’.

That means it is highly unlikely that Ten Hag would be able to replace Ronaldo if he were to leave in the winter – but ESPN do add that the former Real Madrid and Juventus star ‘is desperate to make the most of his last years at the top’ and Man Utd are ‘braced’ for exit attempts.