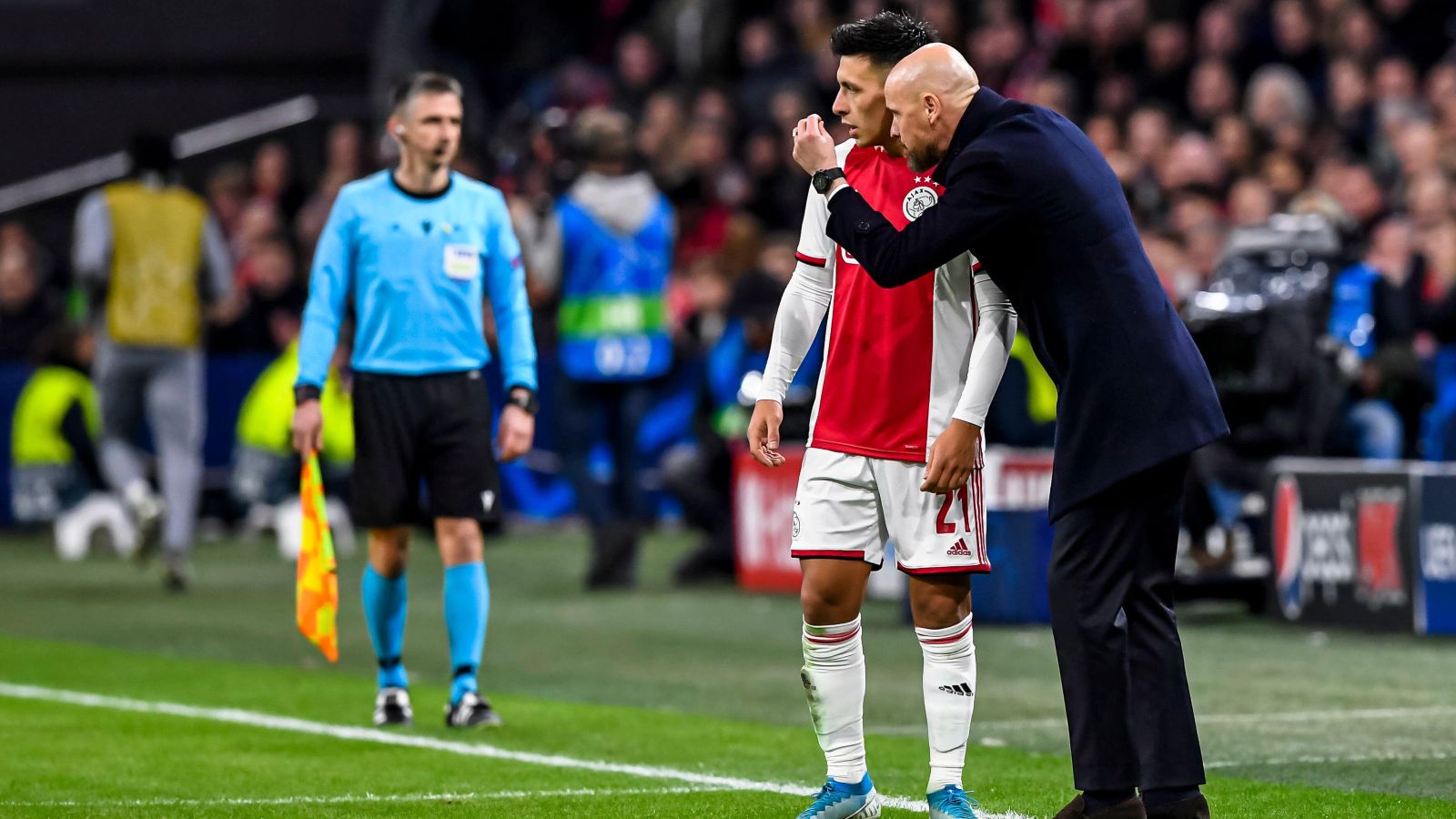 Erik ten Hag has been ‘surprised’ by the lack of transfers at Man Utd since his arrival after the club were told how much they will have to pay for Lisandro Martinez this summer, according to reports.

The Red Devils have been linked with numerous players already in the summer transfer window but they are yet to seal a deal for any of their top targets.

Negotiations for Frenkie de Jong seem to be taking up a lot of their time as they attempt to strike an agreement with Barcelona for the Netherlands international. although there seems to have been some progress recently.

As well as De Jong, a report earlier this week insisted that Brentford midfielder Christian Eriksen – who is available on a free transfer – and Ajax winger Antony are their other two main targets.

Ten Hag is also keen to strengthen the Premier League club’s defence with Ajax defender Martinez emerging as a potential option – but they could face competition from rivals Arsenal.

And now the Daily Mirror claim that Ajax have told Man Utd and Arsenal that they can sign Martinez this summer if they stump up £42m.

Arsenal were knocked back when they made a £25m enquiry, while the Red Devils were hoping to pay around £30m for Martinez – who would like to make the move to the Premier League – but now there are ‘fears Ajax are pricing him out of a move’.

Ten Hag knows the Argentina international, who can play at centre-back or left-back, from his time at Ajax where they won two Eredivisie titles together.

The Daily Mirror adds that Ten Hag is ‘surprised by the lack of progress after the squad he inherited has already lost players like Paul Pogba, Juan Mata, Nemanja Matic and Jesse Lingard’.

Meanwhile, Patrice Evra compared Ten Hag’s arrival to Man Utd appointing a chef as manager but insists the Dutchman has his full “support”.

Evra said earlier this week: “It hurts my heart. Because I think Conte, Klopp, Guardiola – all those managers are the best in the world right now and we could have had him at Manchester United.

“But some people at the club, they said: ‘It’s not our style, it’s not what we’re looking for.’

“So let’s see, now we have Erik ten Hag. Let’s see what he’s going to do. He has my support. But then, even if you brought a chef in, as the manager of Man United, he’d have my full support.”