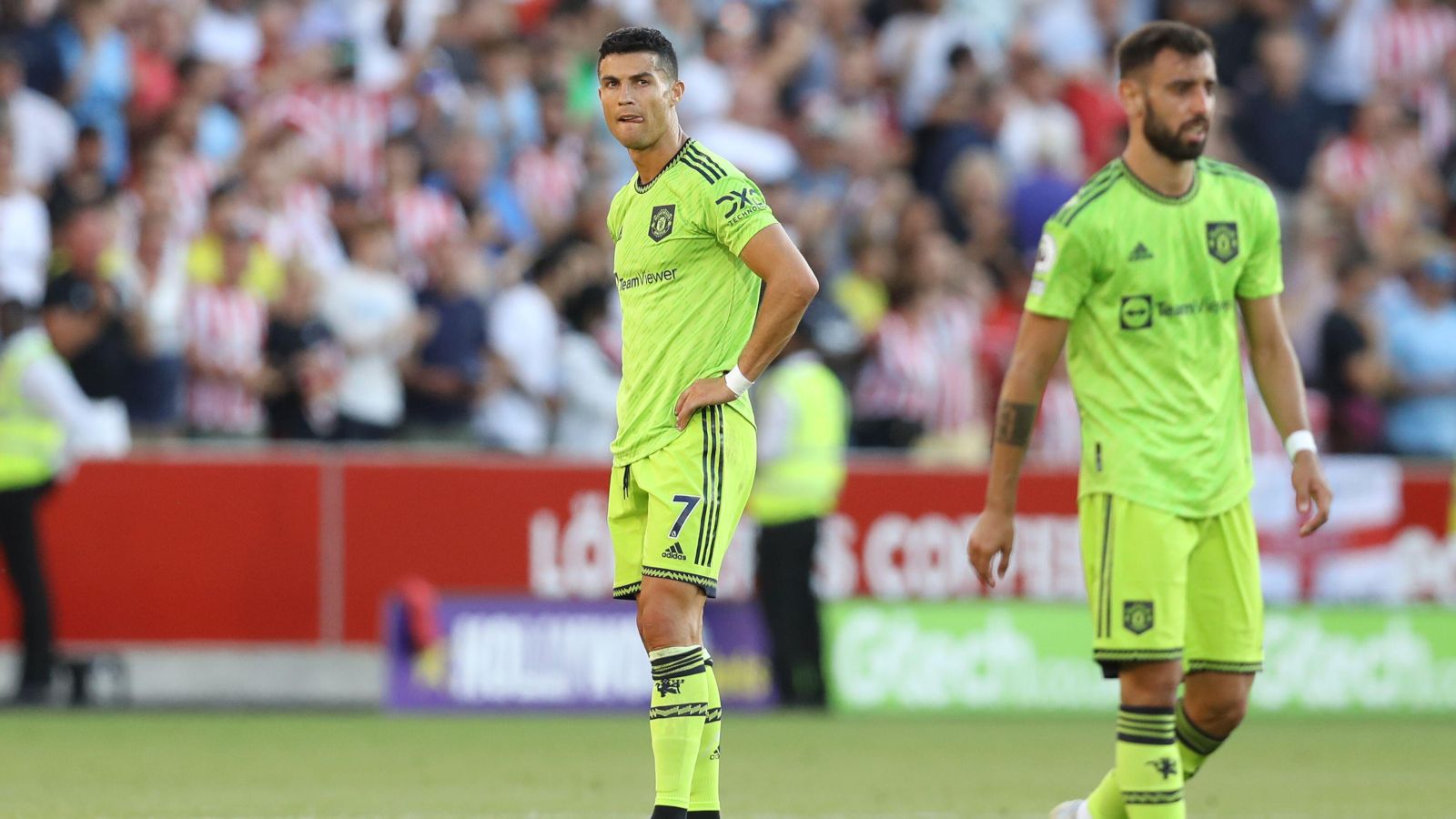 Erik ten Hag has finally given up and told Man Utd to sell Cristiano Ronaldo this summer, according to reports.

United’s summer transfer window has been dominated by the Frenkie de Jong transfer saga and Ronaldo’s future at Old Trafford.

The Portugal international asked the club earlier in the summer to leave the club if Man Utd received a ‘satisactory’ offer for his services.

However, Ronaldo has a big problem. There has been no concrete interest in him from Champions League clubs with the only offer reportedly coming from an unnamed Saudi Arabian outfit.

Ten Hag has remained positive about Ronaldo publicly, while the 37-year-old started their second Premier League game of the season against Brentford despite only playing 45 minutes in pre-season.

But behind closed doors his attitude has apparently shifted with The Sun claiming that Ten Hag wants Ronaldo ‘out now’ as he looks to focus on ensuring his side play better.

It is understood that Ten Hag ‘wants the Cristiano Ronaldo saga sorted   now   after   accepting Manchester United will be better off without him’.

The Dutchman fears Ronaldo’s attempts to leave could ‘completely derail’ their season and the Man Utd boss ‘is now ready to grant the forward’s wish to leave’.

However, The Sun reckon that the Man Utd striker ‘will be short on offers from teams in the Champions League’ as time ticks down on the summer window.

Ten Hag ‘wanted to believe Ronaldo could change’ but his attitude during their 4-0 loss to Brentford on Saturday represented the final straw for the manager.

Replying to a fan account on Instagram on Tuesday about the constant speculation over his future, Ronaldo wrote: “They (will) know the truth when they interview in a couple weeks. The media is telling lies.

And now former Man Utd defender Gary Neville has questioned why Ronaldo has to wait two weeks to speak up and tell fans the truth.

“Why does the greatest player of all time (in my opinion) have to wait two weeks to tell Manchester United fans the truth?” tweeted Neville.

“Stand up now and speak. The club is in crisis and it needs leaders to lead. He’s the only one who can grab this situation by the scruff of the neck!”