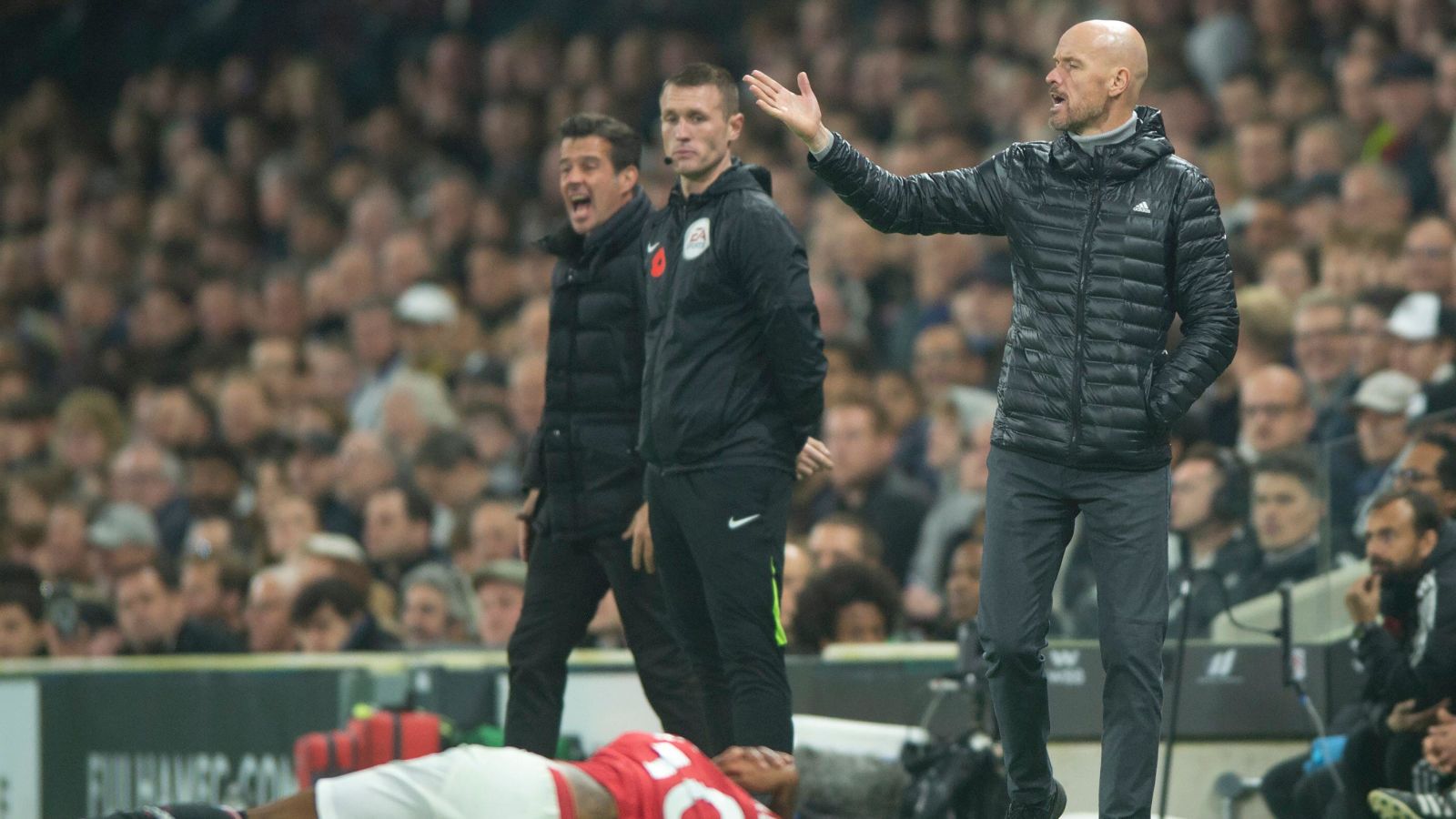 Erik ten Hag urged Alejandro Garnacho to “keep his feet on the ground” after the teenager’s stoppage-time winner earned Manchester United a dramatic 2-1 victory at Fulham.

In the final match before the Premier League breaks for the World Cup, the spoils looked set to be shared at Craven Cottage until United substitute Garnacho’s late intervention.

Christian Eriksen’s first goal for United had put the visitors ahead after 14 minutes but Fulham deservedly drew level just after the hour through former Red Devils winger Daniel James.

However, despite Fulham being the better team for large parts of the game, it was Ten Hag’s men who claimed the points when Garnacho linked up well with Eriksen before firing past Bernd Leno just before the final whistle.

The 18-year-old earned his manager’s praise for his impact after replacing Anthony Martial in the 72nd minute, but Ten Hag also had words of caution for the Madrid-born forward, whose goal was his first in the Premier League.

“It’s a massive win this, Alejandro Garnacho had a big impact on the win. He finalised, he is always in the spotlight for that and that is also justified,” Ten Hag said.

“It was a great finish, it is what we expect from the subs coming in, that is what you have to do.

Garnacho is starting to earn plenty of plaudits after catching the eye this season in a United side rebuilding under Ten Hag.

The former Ajax boss was quick to point out the Argentina Under-20 international is just at the very start of his career, though, and urged the youngster to continue working hard during the World Cup break – especially as he may no longer be able to bank on being a surprise package for opposing teams.

“There is still for him a long way to go. He has to keep his feet on the ground, the whole team now but him especially,” Ten Hag said.

“He has to do much more to impress because he will be recognisable for everyone. So it’s much more important that to confirm it and big players know that, young players don’t know.

“For now it’s a four-week break and that’s already a danger for him because he is now in the momentum and that’s good, it’s a good thing this season and let’s see how he comes back.

“We have to manage that with him, but his energy is good and I am certain he will have an impact.”

Fulham boss Marco Silva believes his side deserved more from the game after they suffered defeat in the final moments for the second successive Premier League match, having previously been beaten by a stoppage-time penalty at Manchester City.

“I thought we were the best team on the pitch and we deserve much more from the game definitely. Last week was slightly different from the first minute the way we played,” he said.

“The way they (United) scored the second goal is really tough to take but this is the Premier League and you cannot switch off or they will punish you.

“Our boys they don’t deserve it, our fans as well, the crowd was always there.

“It’s cruel sometimes football, but I know that I said last week and I say again that you have to learn from these types of moments because you are playing Premier League and these type of things happen if you switch off in some moments of the game.”