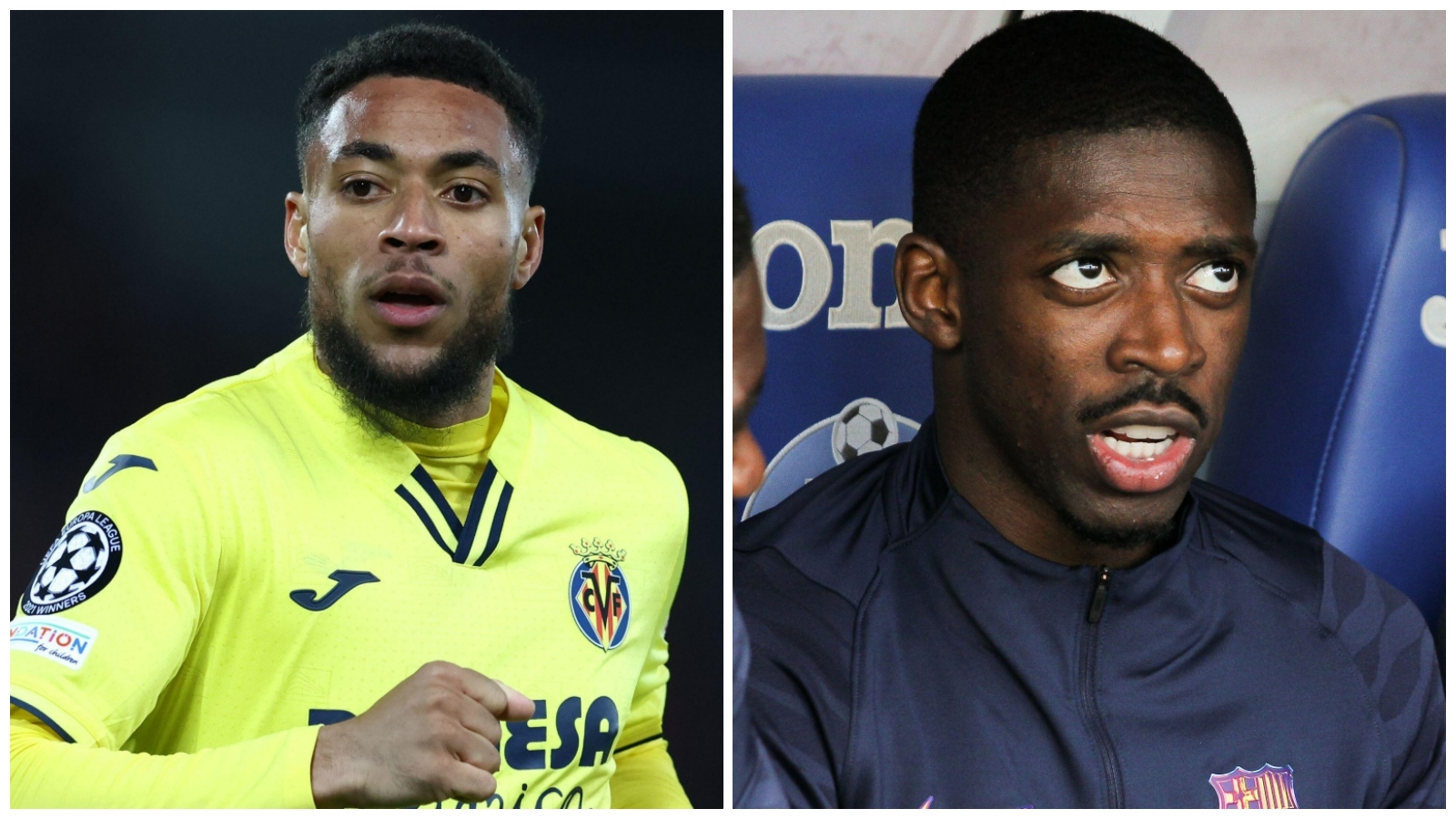 We have covered Ligue 1 and the Bundesliga, now it is time to turn our attention to La Liga. Here are ten players based in Spain that should move to England in the summer transfer window.

Plenty of other La Liga players are linked with a summer transfer – such as Jules Kounde and Frenkie de Jong – so if you’re wondering why I’ve not included either, it’s because they’re bound to move to the Premier League soon, so there’s no point in advocating for the move to happen.

Inaki Williams (Athletic Bilbao)
This guy is the most durable footballer in the world, so he should test himself with the Premier League schedule so we can see just what he’s made of. Come if you dare, Inaki.

Williams has not missed a La Liga game since April 2016, meaning he has played all 38 games in a league campaign six years in a row, which is absolutely outstanding and downright ridiculous. This sort of trait is something that should not be overlooked, and of course he is a half-decent player too.

Eight goals and six assists in 42 matches across all competitions isn’t exactly amazing, but Williams has the style of play to thrive in the Premier League. Strong, fast, good with the ball at his feet, durable, experienced and sound in front of goal, a team in England should take a chance on the 28-year-old. West Ham, Newcastle, Brighton, Wolves and Southampton, I’m looking at each and every one of you.

Arnaut Danjuma (Villarreal)
Danjuma has some Premier League experience under his belt having played for top-flight returnees Bournemouth. Unfortunately for him and the Cherries, he scored zero times in 14 appearances in 2019/20 as his side were relegated. Ouch. On the bright side, the Dutch winger was tremendous in the Championship, scoring 15 goals and providing seven assists and earning himself a move to Villarreal after Bournemouth failed to gain promotion.

The 25-year-old’s debut campaign in Spain was superb; he scored ten in 23 in the league and made a name for himself on the continental stage, netting six in the Champions League as Villarreal reached the semi-finals of the competition.

Liverpool have been linked with Danjuma, but given the fact they’ve just signed Darwin Nunez, it would be pretty sensible to rule out a move to Anfield. If Chelsea fail to sign a certain Frenchman who may or may not feature on this list, the Villarreal star could be the perfect alternative.

🗣 “There’s definitely unfinished business for me.”

Ousmane Dembele (Barcelona)
No, not Maxime Gonalons, here is the Frenchman in question. Chelsea are looking to bring in Dembele on a free transfer following the expiry of his Barcelona contract, but it appears that the former Borussia Dortmund man is now leaning towards a Nou Camp extension.

Dembele at his best is one of the most dangerous wingers in the world, and if he can stay injury-free he will be an asset for anyone in England. But of course, that is a big if.

Renan Lodi (Atletico Madrid)
Newcastle were reportedly interested in Lodi, but their £15m signing of Matt Targett quickly shut down rumours linking them with the Brazilian left-back. Having said that, a transfer should not be ruled out with the money the Magpies have at their disposal, and if Eddie Howe wants his side to compete on all fronts, depth is a necessity.

The 24-year-old is a brilliant full-back. He is clever on the ball and obviously has a bit of ruthlessness and s**thousery in him after being coached by Diego Simeone. In case you forgot, Lodi scored the goal that knocked Manchester United out of the Champions League and condemned them to their fifth trophyless season in a row.

If Newcastle are to be ruled out, it is a little bit harder to see the Brazil international leave a Champions League club for the Premier League, with it more than reasonable to rule out Chelsea, Manchester City, Liverpool and probably Tottenham. That leaves Arsenal, United and West Ham out of the other teams in Europe next season. A move to Old Trafford could happen and he does look like an Erik ten Hag-type player.

Nabil Fekir (Real Betis)
Well, if Fekir was destined to play in the Premier League it probably would have happened by now, but here we are.

The French playmaker starred for Lyon and was close to joining Liverpool before he eventually made the switch to La Liga outfit Real Betis, where he has now made 118 appearances. The 25-cap France international is not the player he looked destined to become, but he could definitely do a job in the Premier League, and would probably move to a team outside the Big Six.

Probably due to his similar playing style to Dimitri Payet, a move to West Ham feels like it could work out. Or Fekir could finally be Riyad Mahrez’s replacement at Leicester after they failed with his regen, Rachid Ghezzal.

Alexander Isak (Real Sociedad)
Isak had a poor season by his usual standards, and rumours of a move to the Premier League appear to have fizzled out. The fact he is under contract with Real Sociedad until 2026 isn’t helping either, but at the age of 22, now could be the right time to sign the Swede, given the fact he only scored six in La Liga in 21/22.

Arsenal were believed to be very keen on Isak but their attention has switched to Manchester City forward Gabriel Jesus, so it is extremely unlikely that Mikel Arteta will go back for the young striker unless he fails to persuade Jesus to join, and then fails to persuade Victor Osimhen and Lautaro Martinez too. That doesn’t mean a move to the Emirates should be ruled out. Nor should a move to Manchester United, who are in dire need of more depth up top. As are Chelsea, who want to get rid of Romelu Lukaku. It’s extremely unlikely that Isak rejects a move to any of the teams aforementioned, and could even move to Spurs given the fact they are on the hunt for a new No. 9 to compete with Harry Kane.

Pau Torres (Villarreal)
Speaking of Spurs, they’re on the search for a new left-footed central defender, and we might have the player just for you, Antonio Conte. Torres was reportedly close to joining Spurs last summer but opted against a move due to their lack of Champions League football, which is something they can now offer the Spaniard.

Torres played 47 times across all competitions in 21/22 and scored more league goals than Alexandre Lacazette for Arsenal. The 25-year-old played every minute for Villarreal in their outstanding European campaign and would be a tremendous signing for anyone in the Big Six. Interest should not be scarce, and it would not be a surprise to see Torres relocate to England in the coming months.

Ten Hag and John Murtough have shortlisted Pau Torres and David Carmo among the alternatives should Timber choose to stay at Ajax or move elsewhere ✍️#mufc pic.twitter.com/C1aFRM37KK

Raul de Tomas (Espanyol)
De Tomas averaged a goal every two games in La Liga last season and became a full Spain international last November. Relatively unheard of before being randomly linked to Arsenal in January, the 27-year-old could do a job in the Premier League, but given the fact Espanyol paid around £20m for him in 2020, he won’t be cheap.

The Real Madrid youth product left Los Blancos for £18m after making one appearance for the first team, which is a testament to the Los Blancos negotiators, or perhaps the player’s agent given the fact Benfica then sold him for £2m more after scoring three goals in 17 games for the Portuguese outfit.

De Tomas’ goal record in Spain is pretty solid. He has scored 45 in 89 for his current team, netted 38 in 66 for Rayo Vallecano and 15 in 39 for Real Vallodolid, so why shouldn’t a Premier League side take a chance on him?

Yeremy Pino (Villarreal)
The only teenager on our list, Pino has shown a lot of promise at Estadio de la Ceramica, playing 31 times in the league last term. Valued at £36m by Transfermarkt, Pino is under contract for another five years, which is a bloody long time.

The 19-year-old has plenty of experience for his age; he has picked up 55 La Liga appearances already and has also featured in the UEFA Super Cup, Europa League and Champions League. He is also a full Spain international and has four caps for his country. Having the ability to play on either wing or through the middle makes Pino pretty desirable, but it is hard to envisage an England side splashing the cash on him yet. Having said that, I’ve been wrong before, and I’ll probably be wrong again.

On a side note, I am not hoping that Villarreal get raided this summer. And I am definitely not hoping for the downfall of Unai Emery as an Arsenal fan. I promise.

Luis Suarez (Atletico Madrid)
Now this would be a tremendous transfer, with Aston Villa the only Premier League side linked with the legendary Uruguayan forward. Technically, come July, Suarez will be a free agent, so not a La Liga player, but at the time of writing he is under contract in Spain, so we’re having him.

Suarez has proved his doubters wrong in the past, most notably Barcelona, who binned him for around £8m in 2020 only to watch him guide Atletico to a league title the following May, and it is beyond doubt that people will write him off if he does return to the Premier League, eight years after leaving Liverpool for a fee in the region of £73.55m.

Suarez would be an exciting signing for a club like Villa and would definitely still cause problems for any defence in England. I really do hope that it comes to fruition.