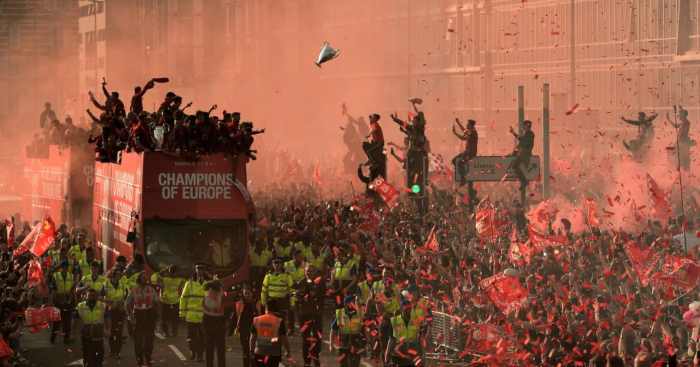 Liverpool have the most nominees for UEFA’s fans’ team of the year, with Andy Robertson also the first Scottish player to be nominated.

UEFA player of the year Virgil Van Dijk and captain Jordan Henderson are among the 10 nominees from the Champions League winners.

Robertson is the first player from Scotland to be nominated in the 19-year history of the fans’ team, while 21 countries are represented in total from 14 clubs across Europe.

Cristiano Ronaldo is in the running for the 16th successive year alongside four English players, Harry Kane, Henderson, Trent Alexander-Arnold and Raheem Sterling.