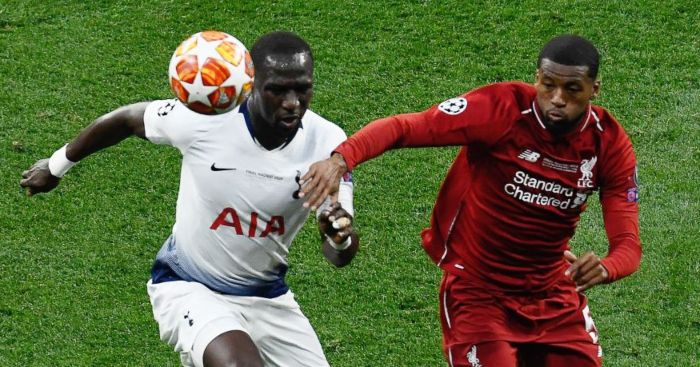 There is just one rule: The Premier League relegation must have happened before their move. Rio Ferdinand can breathe a sigh of relief. Harry Maguire cannot.

10) Aleksandar Mitrovic (relegated in 2016, signed for £22m rising to £27m in 2018)
“I am sorry about relegation but Newcastle is too big a club and I hope that we will soon return to the elite,” said Aleksandar Mitrovic in May 2016. A £13m signing the previous summer, he was given a yellow card 22 seconds into his debut and scored, assisted and was sent off in the final game of the season. They were the bookends to a first campaign in England that promised plenty but never delivered quite enough.

The striker would start just 11 league games for the Magpies thereafter – and never again in the Premier League – before leaving to join Fulham on loan in February 2018. His 12 goals in the Championship inspired them to promotion and earned him a permanent £22m move, but his 11 last season gained neither safety nor enough of Liverpool’s undivided attention.

9) Steven Nzonzi (relegated in 2012, signed for £23.7m rising to £27.3m in 2018)
There is always one half of the couple that fares the worst after a public divorce. Steven Nzonzi was happily parading his new partners around while a shirtless Blackburn were complaining that he had turned the weans against them as they stumbled into League One.

Their relationship had previously been fruitful. The midfielder signed for £650,000 in 2009, helping guide Rovers to 10th in the Premier League in his first season. He made enough of an impression on Sam Allardyce that the manager later looked into including the Frenchman in his only England squad in 2016.

Even when Blackburn were relegated with Steve Kean at the helm in 2012, Nzonzi’s reputation was untarnished. He moved onto Stoke for £3m, then Sevilla for £7m in 2015, and finally to Roma (instead of Arsenal) for an initial £23.7m 12 months ago, just as Rovers sunk to the third tier. Talk about taking different paths.

8) Georginio Wijnaldum (relegated in 2016, signed for £25m in 2016)
The bare statistics suggest Georginio Wijnaldum deserved to escape Newcastle’s 2016 demise with little more than superficial scratches. He scored 11 goals and assisted five, leading all his teammates in the former and being beaten only by Moussa Sissoko for the latter, having only joined that season. The most expensive signing of the Mike Ashley era had delivered on his end of the bargain.

But those numbers were slightly skewed by the four he netted in one game against Norwich, the consolation he scored in a 6-1 defeat to Manchester City, and his two goals in the 5-1 win over Tottenham when relegation had long been confirmed. The travel sickness that has followed Wijnaldum to Merseyside was established as a mental fog outside the Toon: all of his goals were scored at home.

Quite what it was Jurgen Klopp saw in the left-sided attacking midfielder that persuaded him he could be a £25m Champions-League winning defensive fulcrum is a mystery. He could just as easily have ended up with Jack Colback.

7) Michael Keane (relegated in 2015, signed for £25m rising to £30m in 2017)
As a man who once credited his only full season in the second tier with increasing his “hunger” and furthering his “development”, Michael Keane will insist that dropping into the Championship need not define a player. It was simply poor timing on the part of the centre-half that he escaped an overcrowded Manchester United boat only to jump onto Burnley’s sinking ship.

A summer 2014 arrival on loan, Keane’s move was made permanent the following January after 11 impressive Premier League performances. But not even he could rescue the Clarets, who duly returned to the top flight at the first time of asking. The England international stayed long enough to help them to one season of survival before Everton completed a signing that “astounded” some folk (because he didn’t join Manchester United).

6) Jordan Pickford (relegated in 2017, signed for £25m rising to £30m in 2017)
There was the Premier League relegation with Sunderland in 2017, offset by a PFA Young Player of the Year award nomination, a record-breaking move to Everton and England recognition. But that was simply Jordan Pickford completing an undesirable personal hat-trick.

Five years prior, the 25-year-old suffered similar ignominy on loan at Darlington. Short of coming into a substantial amount of money and selflessly reinvesting it in the Conference club, there was little he could be expected to do to steer them clear of the administration obstacle in the winding (up) road. They lost 11 and drew six of his 17 games, finally winning when he was dropped from the squad for the final game of the season.

That was the first loan spell of his career; his fourth of sixth came at Carlisle, where he started 18 games after joining in February 2014. They failed to win any of their last six matches, culminating in relegation to League Two. “I looked around and thought, ‘I don’t want to feel like this again, it is not what I want,” he later said of the atmosphere in the dressing room after a 3-0 defeat to Wolves on the final day confirmed their fate. Little did he know.

5) James Milner (relegated in 2004, signed for £26m in 2010)
The carcass had been picked at long before their sentence was set. In the two years before their 2004 relegation, Leeds sold Rio Ferdinand, Robbie Keane, Lee Bowyer, Jonathan Woodgate, Robbie Fowler, Harry Kewell, Olivier Dacourt and Nigel Martyn, leaving a shell of the squad that had reached the Champions League semi-final at the turn of the millennium.

The remaining saleable assets were moved on that summer after Peter Reid and Eddie Gray combined for a 19th-place finish. Paul Robinson, Alan Smith, Mark Viduka, Ian Harte, Dominic Matteo and Danny Mills all left, along with 18-year-old James Milner. He had started the season on loan at Swindon but soon returned to feature 30 times in the Premier League. The platform to win titles at Manchester City before becoming a European champion at Liverpool was established.

4) Ayoze Perez (relegated in 2016, signed for £30m in 2019)
“The way people see football in this city is something you cannot control. It’s something every club doesn’t have,” said Ayoze Perez last month. “It’s the most difficult thing, and we should look after that and take advantage of that to play for something bigger.”

It turns out that his and Newcastle’s definition of “something bigger” differs quite drastically. For one, it involves the pursuit of a Champions League pipedream. The other is simply focused on avoiding the Championship and little else. Few would suggest Perez made the wrong choice.

3) Moussa Sissoko (relegated in 2016, signed for £30m in 2016)
Sure, Newcastle letting Rafael Benitez leave so they can make Steve Bruce one of their 75 most expensive signings ever at £4m is whatthef**kery of the highest order. And failing to appoint a manager or bring in a single player with 23 days of the transfer window remaining is a novel approach, particularly when selling two first-teamers for £31m. But watching Georginio Wijnaldum and Moussa Sissoko compete in a Champions League final three years after neither could avert disaster deserves its own chapter in Newcastle history.

It would be unfair to suggest the Magpies were simply distracted by the glare of Liverpool and Tottenham’s millions. It was fine business to generate £55m for the sales of two midfield regulars whose report cards had received potentially career-defining blots. Those funds were reinvested to help rejuvenate a squad that stormed to Championship promotion.

But Everton’s reason for withdrawing from the Sissoko race summed up the deal at the time. “When I bought into the club, I made it clear I was proud to join a family,” majority shareholder Farhad Moshiri said. “And we don’t turns our backs on our own. Keeping James McCarthy was a priority and ultimately we could not proceed with a deal that would jeopardise his place at Everton.”

You can shove your Champions League and European Championship runners-up medals, Moussa. There’s no room at this James McCarthy-owned inn.

2) Anthony Modeste (relegated in 2012, signed for £31m in 2017)
Far from covering up his Modeste, Steve Kean was intent on letting the whole world see. “He’s got a lot to prove as he went to Bordeaux for a big fee but I think he could be a real addition to our squad,” he said in January 2012. “He likes to play on the shoulder of the defender, to run in behind, he can stretch the game and technically he’s good.”

Literally and figuratively, too. The striker had earned his move to Bordeaux for “a big fee” – €3.5m – based on 20 goals in 37 league games for Angers, and later scored 40 goals in 68 Bundesliga appearances for Koln. But none of his usual traits were on view at Ewood Park. His loan move consisted of nine matches, six defeats, zero goals and one red card.

Bastia, Hoffenheim and Koln helped restore the forward’s confidence to a stage where a France call-up felt like a genuine possibility, but his £31m move to Tianjin Quainjian ended all such hope. The Chinese Super League offer was understandably taken at a point where his stock would never be higher; he had rejoined Koln within a year, dropping down to Germany’s second tier for his troubles. That relegation presumably hit a little harder without the buffers of Gael Givet, Ruben Rochina and David Dunn.

And the honourable mention goes to…

1) Andy Carroll (relegated in 2009, signed for £35m in 2011)
There was little Andy Carroll could do to delay the inevitable. The forward played just 529 Premier League minutes during Newcastle’s relegation season in 2008/09, struggling with injury (obviously) during Kevin Keegan’s reign, scoring twice under Joe Kinnear, netting once for Alan Shearer and barely featuring throughout either of Chris Hughton’s two runs in charge.

By the time he had fired Newcastle to an instant top-flight return with 17 goals in their subsequent promotion season, the 21-year-old had only ever started six Premier League games, of which the Magpies had lost four and drawn two. Yet nine goals, seven assists and one hat-trick from August to December 2010 persuaded Liverpool to spend £35m on a player who had already been sidelined for a month and faced another four weeks out in January 2011.

The move predictably failed, with Liverpool cutting temporary ties 18 months later and permanently ending their relationship a year after that. Carroll has thus featured in every Premier League season West Ham have played since their promotion in 2012, and is even back training with the Hammers this summer to regain his fitness. To his credit, the closest he has come to relegation in the decade since his previous drop was two 13th-place finishes in east London.