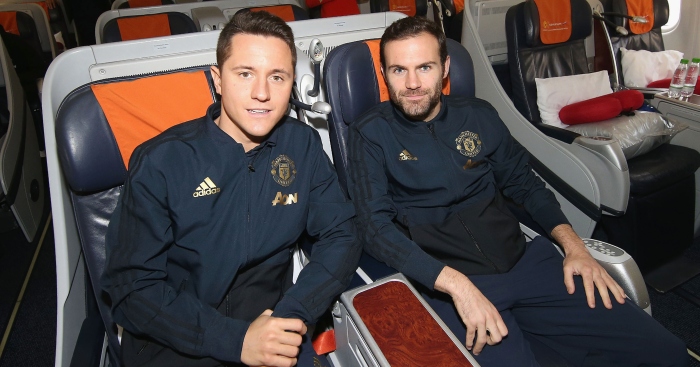 The values we have taken from transfermarket just so the order was not entirely arbitrary; but views are our own. These are all players who are out of contract this summer…

10) Danny Welbeck (Arsenal)
One thing is for certain, under Arsene Wenger the crocked Welbeck would not be out of contract this summer, as he believed that clubs have a ‘moral obligation’ to look after players who are injured in their employ. To be fair, there is a strong case for giving the former Manchester United striker an extension as he offers cheap squad strength to a club that is working on a strict budget. And his 32 goals in 126 games for the Gunners make him a handy – if not prolific – option.

How unpopular is this?

Opinion: I think Welbeck should get a two year extension.

Basis: His unique ability to be effective anywhere across the front three would be hard to replicate at same price in the transfer window.

Also, if it doesn't work, sell him next window

9) Olivier Giroud (Chelsea)
“No chance” was the answer from the Frenchman when he was asked whether he would extend his Chelsea contract if he continued to be overlooked by Blues boss Maurizio Sarri. Damn right, Olivier. Despite scoring nine goals in nine Europa League games, the Frenchman has not started a Premier League game in 2019. And at 32, he needs to be playing first-team football. He has been strongly linked to a return to Ligue Un after seven years in England, though China would undoubtedly offer higher wages than Marseille. Talking of which…

8) Mario Balotelli (Marseille)
He’s still only 28 and he is available for nothing this summer after joining Marseille in January until the end of the season. Five goals in eight games suggests the Italian still has an awful lot to offer, but which club is going to take that chance? Balotelli himself has said that he is happy to stay at “the biggest club in France”.

7) Hector Herrera (Porto)
Tottenham and Arsenal were both strongly linked with the Porto captain, but reports in Spain have suggested that the Mexican international midfielder has instead opted to make the shorter journey to Atletico Madrid. That makes sense with Saul Niguez strongly linked with a Manchester City move this summer.

6) Juan Mata (Manchester United)
The lovely Spaniard has repeatedly said he is “calm” about his Manchester United contract expiring this summer, and some reports have suggested that he will be offered a one-year extension despite his languid style appearing to be at odds with United’s faster pace under Ole Gunnar Solskjaer. “All I can say is that I’m happy in Manchester and in England,” said Mata. Of course he is; he would be happy anywhere.

5) David Luiz (Chelsea)
“We are talking with the club. Everybody knows I love this club, I feel comfortable here and am happy here. I am doing my job very well so I think a lot is going to happen,” said David Luiz earlier this month. But will Chelsea offer more than a one-year contract to the 31-year-old? Surely it’s worth relaxing that rule as they are staring in the face of a transfer ban that could keep the Brazilian at the centre of their defence for the next three years? Which means more of this from Graeme Souness…

4) Diego Godin (Atletico Madrid)
After nine years, a La Liga title, two Europa League winners’ medals and two Champions League losers’ medals, the physical embodiment of Diego Simeone’s Atletico Madrid is leaving for pastures new. For all the talk of him joining Manchester United, he has sensibly realised that he is now 33 and has reportedly opted to join Inter Milan this summer.

3) Yacine Brahimi (Porto)
Porto certainly have a problem this summer. They are a wonderful football club – who have reached the Champions League quarter-finals, which is no mean feat – but players (especially those born outside of Portugal) will hanker after football in one of the big five leagues. After five years, Algerian winger Brahimi is ready to move on. Although West Ham, Newcastle and Everton have been strongly linked, it is thought that Brahimi will head to Serie A, with Lazio and Inter said to be interested.

2) Ander Herrera (Manchester United)
There are claims that a deal has been agreed ‘in principle’ for Herrera, who would jump (into a tackle) at the chance to extend his deal at Manchester United after once again becoming integral under Ole Gunnar Solskjaer. “His energy and tenaciousness is vital for us,” said the boss last month. “And that’s why he plays, more or less, every single game.”

1) Adrien Rabiot (PSG)
He’s currently a “prisoner” in Paris, but he will be free in the summer. His mum/agent has denied that he has already signed a contract with Barcelona, so there is still hope for Manchester United, Tottenham and Chelsea.