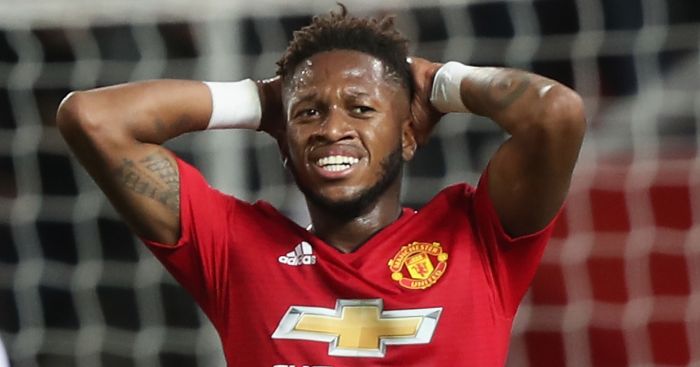 10) Leo Bonatini (Wolves)
Such is Wolves’ over-reliance on striker Raul Jiminez, the Mexican has started 20 of their 21 Premier League games this season.  When Jiminez was finally given a rest ahead of the festive period when Wolves travelled to Newcastle, it was winger Adama Traore who got the nod rather than actual striker Leo Bonatini. He made his loan spell from Saudi Professional League side Al-Hilal permanent last summer for a reported £5m fee but has not started a single game in the top flight. With Tammy Abraham one of many strikers linked with a January move to Wolverhampton, Bonatini will surely shuffle out of the door.

It seems an awful long time since Wolves sporting director Kevin Thelwell said in the summer: “Leo Bonatini was unstoppable for a long stretch last season – his goals played a huge part in our promotion – and we have no doubt he can reproduce that kind of goalscoring form in the Premier League.”

9) Caglar Söyüncü (Leicester City)
It has to hurt when you have 22 international caps for Turkey and yet you are not even trusted to face Newport County in the FA Cup. Leicester paid £19m for Söyüncü but did not even use him against a League Two side, instead choosing to play Wes Morgan and his merry band of Premier League-winning has-beens. Now they are out of the FA Cup and Leicester have three preferred centre-halves; Söyüncü is absolutely not one of them.

This is exactly the sort of game soyuncu should be playing in 2 add more pace in with what's around him..its clear Silva & iborra r finished here but to reintegrate James & king is a massive backward step.puel is subtly lowering expectations.Ihaeancho needs service but i doubt it https://t.co/TChWhguj6x

Leicester have reportedly knocked back several loan enquiries for the Turk, but he must be looking north to Glasgow and Filip Benkovic’s Celtic successful spell with no small degree of envy. Nobody wants to sit on the bench with Andy King.

8) Marc Navarro (Watford)
Also in the ‘not even getting a start in the FA Cup’ club is Marc Navarro, a summer signing from Espnayol who is very much ensconced as Watford’s third-choice right-back behind Kiko Femenia and Daryl Janmaat. And nobody wants to be Watford’s third-choice right-back. He did make his Premier League debut in September – “For me it was a dream, since I was young I dreamed about my debut in the Premier League and now it is a reality” – but he has not been seen since…until a late return against Woking that was officially ‘too late to make an impact’.

“Marc has attracted interest from a host of top European clubs, therefore we are delighted to have secured his services,” Watford’s chief executive Scott Duxbury told the club’s official website when he signed a five-year deal. Are any of those clubs still interested?

7) Matej Vydra (Burnley)
‘A willing runner but his first touch let him down too often’ was the verdict on Matej Vydra’s performance in the FA Cup on Saturday. He not only started but lasted 90 minutes, which is nice for a player who will undoubtedly be jettisoned back to the bench when the Premier League returns this weekend. The poor sod has played just 20 minutes of top-flight football in Burnley’s last ten Premier League games as Sean Dyche has rather predictably returned to his tried-and-tested trio of Chris Wood, Ashley Barnes and Sam Vokes. Just because you cost £11m doesn’t mean you cannot go the same way as Nakhi Wells, fella.

Watching the game today and then can understand why Vydra isn’t first choice, or many of these players for that matter #twitterclarets

He scored 21 goals in the Championship last season. Just send him back there and end this humiliating experiment.

6) Adama Diakhaby (Huddersfield Town)
“He is a typical Huddersfield signing,” said David Wagner when he unveiled £9m man Adama Diakhaby from Monaco. Yep. Typically terrible. Huddersfield have a whole raft of awful wingers/No. 10s but only the flatter-to-deceive Alex Pritchard cost as much as Diakhaby. At least Isaac Mbenza, Colin Quaner and Elias Kachunga were cheap. For the record, Ramadan Sobhi and Rajiv van la Parra have already gone this January.

Odds on Adama Diakhaby going on loan to Nîmes as soon as the January transfer window opens? #htafc

Diakhaby could soon join them and nobody will miss him – he has played barely a minute in the Premier League since September. “He can play on both wings, he can play as a number nine or 10 as well if necessary,” said Wagner. It’s really necessary, David. Huddersfield are sh*t and they know they are. And one reason for that shitness is this kind of ‘typical Huddersfield signing’.

5) Fabri (Fulham)
With Loris Karius rocking up at Besiktas, Spanish goalkeeper Fabri was deemed surplus to requirements at the Turkish club. So a £5m move to Fulham made perfect sense. But then he shipped five goals in Fulham’s opening two Premier League games of the season and has not been seen since. According to the Turkish media, he could soon be winging his way back to Besiktas, where Karius has gone one ‘better’ and conceded six goals in his last two games.

And no, Fabri did not start in their FA Cup defeat to Oldham this weekend; that honour went to current England squad stalwart – and second-choice Fulham goalkeeper – Marcus Bettinelli. Fulham literally have no use for Fabri.

4) Timothy Fosu-Mensah (Fulham)
“If United want (Fosu-Mensah) he can go because with me he does not play often and I understand he is young and he needs to play,” says Fulham boss Claudio Ranieri. Which is a slightly misleading way of saying that Fulham might have to bring in a centre-half on loan (Gary Cahill is the current favourite) and Premier League rules dictate that every club is only allowed to bring in two players from other English clubs. So out Fosu-Mensah will go…if United agree to take him back.

Fosu-Mensah has not started a single Premier League game under Ranieri, who has preferred Cyrus Christie at right-back, so the Cottagers are basically begging United here. Not that he will be welcomed back with open arms by the fans…

Fosu-Mensah is shit. Sooner people realize the better. Two failed loan spells at relegation battling clubs & went through 4 managers and still NOBODY rates him. Should be sold, hope this helps.

3) Mohamed Elyounoussi (Southampton)
‘His body language is completely negative and he just doesn’t feel a part of the team,’ reads one review from a Southampton fan website of Elyounoussi’s performance against Derby in the FA Cup. It was only his second start under new boss Ralph Hasenhuttl and it might well be his last; that £16m really was terribly spent on a player who has delivered no goals and no assists in the Premier League since being brought in to replace Dusan Tadic. When some are advocating the return of Sofiane Boufal, you know it’s bad…

Would like to see them back at the club and sell the dead wood. Ralph has said he's looking to trim the squad. #SaintsFC pic.twitter.com/lYJYmxcK5M

Southampton really have made a habit of spending serious money on absolute fluff – Guido Carillo, Wesley Hoedt, Manolo Gabbiadini, Jordy Clasie, Sofiane Boufal and now Elyounoussi are all still on their books and every one of those players cost at least £8m and is now worth about eight quid. Remember when they provided the model of how a middling football club should be run…

2) Lucas Perez (West Ham United)
As West Ham were quietly and almost professionally going about their business in beating Birmingham City 2-0 at home on Saturday, one man who remained on the bench throughout was Lucas Perez, who joined from Arsenal in a £4m deal that either represented a bargain or a completely unnecessary waste of money. It now looks more like the latter as the Spaniard is yet to complete 90 minutes in the Premier League and has scored just twice. Somehow. Of course he is being linked with a return to Spain, with Real Betis said to be interested in a loan. The Hammers? They want to sell and they want more than £4m. Cheeky gets.

1) Fred (Manchester United)
“The fact that he is not playing makes him anxious, but what I say to him is that he must keep working hard on a daily basis, he should be patient because the club is going through a delicate moment,” said Fred’s agent Gilberto Silva of the £47m signing who is finding himself on the fringes under Ole Gunnar Solskjaer just as he found himself on the fringes under Jose Mourinho. So far, he has started one Premier League game under the Norwegian in which he was substituted after just 53 minutes. He then started against Reading on Saturday and lasted just 62 minutes.

Judging by the performance, Andreas Pereira and Fred should be nowhere near the Manchester United first team. Can't hold their own against Reading.

There will be a point when United give up on Fred and Fred gives up on United. Perhaps a January loan spell will help both parties come to that decision and Fred can be forgotten just like the manager who signed him.