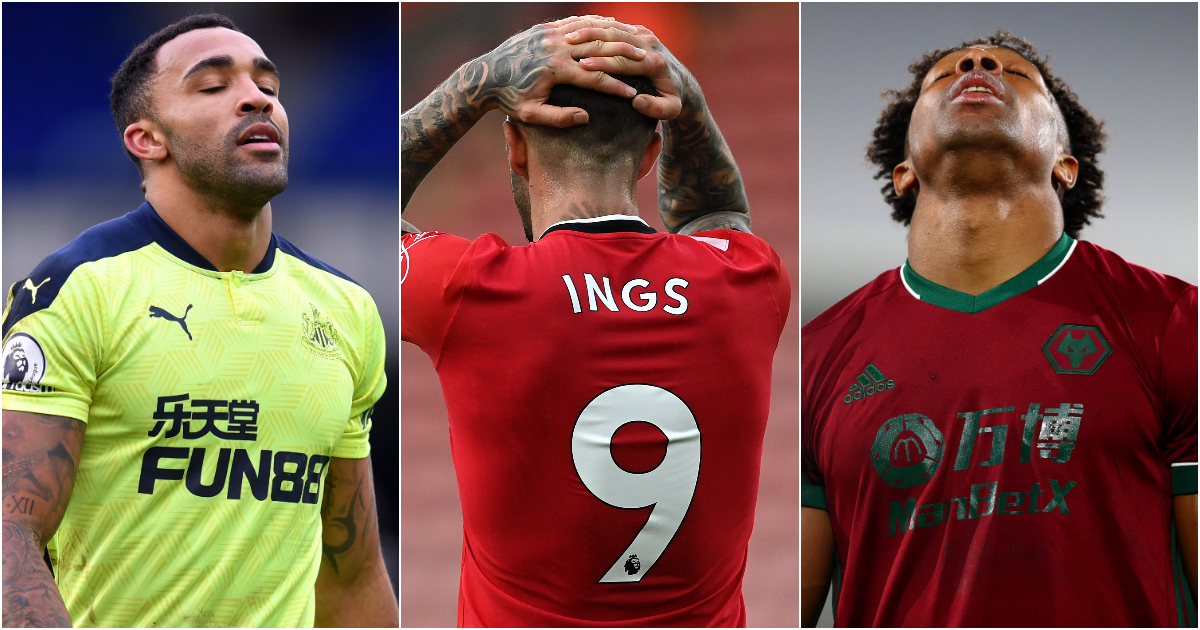 So you might have heard that Harry Kane wants to leave Spurs. A wise decision.

But it’s not quite as simple as that, because Kane was a dafty and signed a big fat contract extension in 2018 and that means that if he does get his wish and escape trophyless banter purgatory at Spurs, someone is going to have to cough up a massive wedge of cash to make it happen.

And that’s when the real fun begins: finding out which perfectly good but probably not quite suitable footballers Spurs will decide to wildly overspend on. Here are 10 possibilities…

Callum Wilson
Such a perfect fit that you can already see him holding the shirt with ‘WILSON 10’ on the back and hear him talking about how, sure, Kane is a great player and a tough act to follow but he’s ready for the challenge and can’t wait to get started. Scott Parker beams next to him in his duvet coat and insists that from the moment he took the Spurs job, Callum was always his number one target. All of this will come to pass. There is no use in fighting it.

Danny Ings
We are big fans of Ings. He is really good at the football and has very much earned another chance at a ‘big club’ if he wants it. All that said, nobody should probably spend £50m on him and there’s only one desperate club with £150m burning a hole in the sky rocket that would even consider it. Will score nine Premier League goals in his first and only season as Spurs, finish eighth and then join Leeds for £24m.

Adama Traore
We’ve long suspected that Spurs would be the team to eventually chuck daft money Wolveswards for the big man. His performance at WHL2.0 on Sunday – when he was the only Wolves player not to be markedly, conspicuously dreadful but still did little other than run powerfully, thrillingly yet futilely down blind alleys with defenders all bouncing off him – did nothing to harm our chances.

James Ward-Prowse
It might genuinely be worth Spurs spending £40m just to have someone on the books who can take a free-kick. It is the one area of the game where Kane – with his party piece of twatting the ball into the wall 17 times a season – will not be missed.

Andre Silva
Can absolutely see Spurs chucking half the Kane windfall at the striker who has scored all the goals for Frankfurt, but absolutely ending up with the one who struggled so horribly at Milan.

Pedro Goncalves
Realistically, not going to happen. In great demand after a startling first season for Sporting has brought 20 goals from an attacking midfield role. Expect Daniel Levy to make him the absolute top target for a marquee statement signing this summer and go all out with an offer that, while pretty big, is nevertheless £1.5m below the Portuguese’s buy-out clause as he instead wisely moves to Liverpool.

Georgios Giakoumakis
A previously unheralded 26-year-old Greek striker who has just scored a nonsensical 26 of VVV Venlo’s 43 Eredivisie goals en route to relegation? This is so thoroughly Spurs we can’t quite believe there isn’t already a £25m bid in.

Graham Potter and half the Brighton squad
There is a very decent case to make for Graham Potter to be next Spurs manager – we made it here, for instance, and a 3-2 win over the champions doesn’t hurt either – but it is all entirely predicated on the notion that the football played by his Brighton side when translated to a team with an elite striker to finish it off could be deadly. Bringing him in having sold off that particular elite striker would be a very Spurs thing to do which only makes this seem even more possible. While bringing in one of Brighton’s centre-backs and Tariq Lamptey at eye-watering cost would make some sense given Spurs’ specific gaping squad holes, they really need to bring in Neal Maupay so that Potter’s Spurs can be literally exactly as flawed as Potter’s Brighton.

Robert Lewandowski
Plenty of talk that he might leave the Bundesliga this summer and the one genuinely like-for-like replacement for Kane on planet earth. Why not keep things simple and just chuck all the money at the goal-greedy Pole? Problem solved. Sadly, he reportedly favours a move to Spain rather than England which is the one and only barrier we can think of to him making this move.

Timo Werner
If Chelsea sign Kane, why not bring in the poor luckless bastard he would replace at Stamford Bridge? If the Law of Averages is a thing, then by our calculations Werner is due to score approximately 73 goals next season. The only problem here is that our calculations could be wrong – we might not have carried a one somewhere – and also that that the Law of Averages isn’t a thing. That and the whole Tottenham-Chelsea mutual loathing at every level from fan to pitch to boardroom that renders the entire exercise moot.