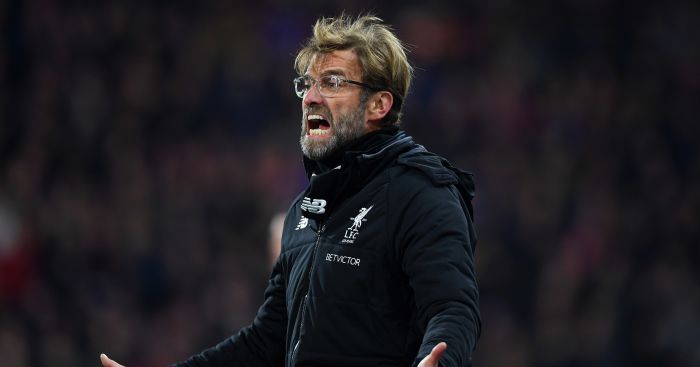 10) VAR is going to be mentioned…a lot
See here’s the thing: Football broadcasters need live football to get bums on seats, but then live football gets in the way. What they really need is controversy, talking points that can form part of frantic post-game discussions that become Sunday think pieces and Monday columns.

The reason that VAR was so successful at the World Cup in the eyes of broadcasters was not because it eliminated controversy, but because it added to it. Now not only could every refereeing decision be analysed and criticised, but so too could the decision made about the decision and the decision to introduce the thing that made decisions about decisions. Hurrah!

With the Premier League clubs voting to abandon plans to introduce VAR this season until it can be further fine-tuned to fit purpose, you’d be a fool to think that it will play no part. Instead, every controversial decision will be followed by a variation of “Well of course, in the World Cup we might have had a very different outcome there”. Bonus points will go to the managers who mention the lack of VAR when a decision goes against them, but fail to do so when it goes for them. God love them.

With only Wolves of the three promoted clubs using a three-man central defence on anything other than an experimental basis last season, it may well become an endangered species in the Premier League.

8) English youngsters will be the cause celebre…
If England’s record-breaking 2017, when they enjoyed more success at youth level than any other country in any other year, brought a new raft of names to our attention, England’s success at the World Cup in Russia emphasised just what an opportunity we now have.

Gareth Southgate has been clear on the issue: He is not afraid to pick young players, but anyone in the England squad must be getting regular starts at club level. That sends a message to those on the fringes of Premier League first teams that they cannot afford to tread water.

Now, the performances of young players such as Ryan Sessegnon, Phil Foden, Callum Hudson-Odoi, Trent Alexander-Arnold and Ruben Loftus-Cheek are not merely interesting in and of themselves, but because we see their potential pathways to the England senior squad. These players are now getting national newspaper columns rather than mere passing glances.

7) …but Jack Wilshere will be back in the squad by November
It is those who came closest to England’s World Cup squad who must feel so frustrated that they missed out on being doused in champagne and goodwill. For Jack Wilshere, left at home at left behind Loftus-Cheek and Fabian Delph, it provoked him into a landmark moment in his career.

Wilshere had been at Arsenal for 17 years, but being part of the furniture isn’t much fun when there’s mould on the carpets and a growing smell of damp. If a move to West Ham hardly represents Wilshere leaping outside of his comfort zone, he reasons that playing well in the Premier League counts for a lot when England squads are being picked.

Southgate never said that Wilshere wasn’t good enough, merely that he had seen insufficient league starts to convince him that he was a reliable starter. With England lacking a midfield creator, the first few months of next season could arguably define the rest of Wilshere’s career. Settle in quickly, and Wilshere’s good times can return.

6) More ‘established’ clubs will be relegated…
Last season’s relegated trio had spent a combined 24 seasons in the Premier League prior to their demise. For only the third time in Premier League history, all three promoted clubs stayed up.

This season, two of the three promoted clubs have attacked the top flight with unprecedented gusto. Wolves have signed Portugal’s No. 1 goalkeeper, Raul Jimenez from Benfica, Joao Mourinho from Monaco, paid a club-record fee for Adama Traore and made three of their loan signings from last season permanent. Fulham have spent £60m on three players (Jean Michael Seri, Aleksandar Mitrovic and Alfie Mawson) while loaning both Calum Chambers from Arsenal and Andre Schurrle from Borussia Dortmund.

If you offered both Wolves and Fulham 17th place in May, the owners would probably take it. But both clubs also have dreams far beyond mere Premier League consolidation. That will ask serious questions of yet more established Premier League clubs, including Southampton, Crystal Palace, Watford and Burnley. This is not a league in which you can afford to suffer a slump and not be punished.

5) But Cardiff will finish bottom
I will rightly be accused of being disrespectful, but it is hard to see beyond Cardiff City’s relegation. It was an astounding overachievement for Neil Warnock to mastermind promotion but, while Wolves and Fulham have merrily spent their pennies, Cardiff have found recruitment tough. Bobby Reid is a calculated gamble and Josh Murphy will hope to better his twin’s time at Newcastle, but Cardiff’s four summer signings haven’t registered 11 career top-flight appearances between them. All are being asked to step up their game from a level that was already surprisingly high.

Warnock himself is worried. “I’m disappointed that we haven’t got one or two but that’s life,” he said last week. “Next week is all about increasing the squad. We’ve had knock-back after knock-back. I won’t sign anybody for the sake of it, I’d rather use the boys I’ve got in the squad.”

An admirable – and perfectly sensible – stance, but this Cardiff squad looks a little raw compared to its peers. They will hope to cause a few shocks against unsuspecting opponents in August and September, but the fear is that 35 points becomes a hardfought struggle.

4) Arsenal and Chelsea left wanting
Arsenal and Chelsea have been disparate football clubs over the last 15 years, a monument to cohesion and a dynastical manager against the model of short-termism as regularly changing managers wave each other in and out of Stamford Bridge.

But, for now, these two London clubs are fighting the same fight. New managers have been appointed and given the task of taking their clubs back into the Champions League, and both Chelsea and Arsenal are acutely aware that every year spent away from European football’s top table only makes getting a seat harder.

And yet it’s hard to make a confident claim that either manager can be immediately successful in that mission. Liverpool, Manchester United and Manchester City have stronger, deeper squads than Chelsea and Arsenal. If Tottenham are at the back of the pack, hampered by their own transfer inactivity, they still have the best striker, best creator and arguably best back four in the country. That does not need to cause panic at either club, merely an acceptance that mistakes of the past will take more than a quick fix to rectify.

3) Manchester City will win the title
Ooh you’re hard, predicting that the odds-on favourites will win the title. But what if I tell you that the Premier League has gone longer without a title being defended successfully than any of UEFA’s 55 registered leagues? Yeah, gone a bit quieter now, haven’t you.

There are reasons to doubt Manchester City, too. Pep Guardiola has not recruited the central midfielder that he considered a priority in May, and City will be expected to go further than the Champions League quarter-finals in 2018/19, even if they win the league. Add in a difficult start to the season, post-World Cup fatigue and the inevitable complacency that follows any dominant triumph, and City may be vulnerable.

But then City might just be even stronger than before. Aymeric Laporte has had a full preseason following his January move, Benjamin Mendy could actually be like a new signing after his injury-affected 2017/18, Guardiola has broken the club’s transfer record to sign Riyad Mahrez and both Sergio Aguero and Gabriel Jesus are still competing ferociously for the starting striker spot. What if 2018/19 Manchester City is just 2017/18 Manchester City but another year older, wiser and more comfortable in their system?

In my defence – particularly given my usual wretched record – Liverpool have been exactly that so far this year. A team that wowed and wooed between January and May finished fourth in the Premier League, second in the Champions League and crashed out of the FA Cup against West Brom at Anfield.

With added spending comes added pressure, and Klopp needs a genuine title challenge or meaningful trophy in order to sell this campaign as a success. If beating Manchester City to the Premier League will be mightily difficult, that leaves only the FA Cup and Champions League. Right now, Liverpool are only seventh favourites for the latter.

In fact, that’s the perfectly reasonable stance to take. Mourinho’s very public demands of Manchester United to spend money are perfectly valid. This is the richest club in the world in terms of revenue and therefore they should be able to artificially attempt to bridge the gap to Manchester City, particularly during a summer when City have been relatively quiet. Mourinho is right to question the club’s ambition.

But believing that doesn’t mean that Mourinho is painted as blameless. There are ways of going about making complaints, and vocal rebellion helps nobody. Paul Pogba is reportedly upset about Mourinho’s comments about him, the relationship with Anthony Martial is clearly broken and the club’s young players would be forgiven for any demotivation.

It doesn’t feel hyperbolic to conclude that Mourinho is laying the foundations for his exit strategy while absolving himself of more blame than his performance and man-management deserve. This is a mess in which nobody comes out smelling of roses.