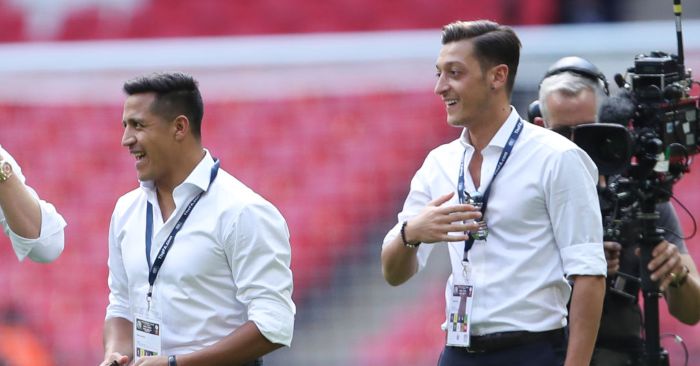 David de Gea was the obvious inspiration but he is certainly not the only player to take a step back over a couple of years.

10) Sergej Milinkovic-Savic
There is an alternate reality in which Sergej Milinkovic-Savic has taken the shots, played the passes and scored the penalties that have helped transform the overall mood around Old Trafford. Manchester United would still be fifth with a squad as deep as a paddling pool but it is not outlandish to suggest the Serb was cast in the creative midfield saviour role long before Bruno Fernandes even auditioned.

Milinkovic-Savic’s career peak came two years ago with 14 goals in one season for Serie A’s highest scorers, a thrilling Lazio side that exited the Europa League quarter-finals with a 6-5 aggregate defeat. He has dropped a little deeper as a regular starter in the current team’s midfield but his stock has fallen considerably since reports of £100m valuations, Europe-wide auctions and Marouane Fellaini scouting missions.

9) Dele Alli
It was October 2018 when Dele Alli signed his most recent Tottenham contract. Within a couple of months, he was scoring in wins over Chelsea, Leicester and Everton for a team that celebrated Boxing Day above eventual champions Manchester City. By the end of the season, his two assists in Amsterdam had propelled that same club to a Champions League final.

They were the flashpoints in perhaps the worst season of Alli’s career. Three separate injuries contributed towards a lack of consistency but the only other campaign in which he failed to register double figures for goals was 2013/14 – the first of his senior career, at 17, for MK Dons. Another spell on the sidelines means he is likely to be stuck on nine goals in 2019/20, with Tottenham starting to look like a pretty decent side in his absence.

8) Alexis Sanchez
Spurious suggestions of interest from Manchester City conjure memories of what Alexis Sanchez once was. The striker’s downward spiral had already begun by the time of his move to Manchester United in January 2018 but there was a reason the Premier League’s top two fought so publicly for his signature.

A loan spell at Inter Milan has offered glimpses of that insatiable appetite and unerring talent that looked lost under Jose Mourinho and Ole Gunnar Solskjaer. Even then, it is a sorry imitation of the real thing. Sanchez scored 27 goals in 2017 alone at club and international level, compared to just 12 in the three years since.

7) Samuel Umtiti
It seems almost too convenient to blame Samuel Umtiti’s decline on injuries alone. Yet persistent knee problems have taken an obvious toll on a centre-half who reached heights he will never scale again a couple of years ago. After a league and cup double with Barcelona, Umtiti was close to flawless during France’s coronation as world champions in Russia.

Three days before Les Bleus started that successful campaign, Umtiti signed a five-year contract at the Nou Camp. A €500m release clause was set; Barca would be forever grateful to any club that might offer even a fraction of that with more than half of the deal left to run.

6) Jordan Pickford
Thibaut Courtois might be owed a national apology. In our collective defence, football’s return home had intoxicated and indoctrinated the population, and that euphoria encouraged more than a couple of blind spots to develop. So when Belgium’s number one went all, “I would have saved it because I am 15 centimetres taller,” the nation rallied around one of our lions and flailed our tiny arms around in support.

If Courtois ever crosses paths with England again, Jordan Pickford would be fortunate to share the same stage. The Everton keeper may have a higher ceiling than some of his contemporaries but as his nemesis duly pointed out those years ago, he often struggles to reach it. Even Carlo Ancelotti’s eyebrow has been raised more than usual, and he managed Dida.

5) Isco
The demise of Isco can be captured neatly with a glance at his national team record. After eight and 11 caps in 2017 and 2018 respectively delivered ten goals, his two appearances in 2019 brought none. Spain have not played this year but the former jewel in Real Madrid’s crown would not be part of their 2020 vision regardless.

There has been a slight revival in his Bernabeu fortunes, in that Zinedine Zidane is willing to recognise his existence a little more than Julen Lopetegui and Santi Solari ever did, but the panic at the Isco might never subside for a player whose importance to the domestic and international cause is a distant memory.

4) Philippe Coutinho
The only possible reaction to seeing the name of Philippe Coutinho is ‘Oh, mate’. He chased the dream and has two La Liga titles, a Bundesliga crown, a Copa del Rey and a DFB-Pokal to show for it, but that is a consolation akin to his compatriot Oscar’s goal in the 90th minute against Germany in July 2014.

Liverpool would not be where they are now without him, yet simultaneously could not have reached these heights with him. Coutinho will forever be the player they sacrificed to adapt and evolve – precisely what he has struggled to do in both Spain and Germany. If the result is speculation over a move to Newcastle, Leicester or Arsenal, something has not gone to plan.

3) Mesut Ozil
The transition from GOAT to scapegoat and now black sheep has been seamless. Mesut Ozil ought to have been the elder statesman leading Arsenal into a brave and bright new era. Instead, he has been banished to the naughty step by a former teammate seven years his senior, sulking alongside a player in his second year of professional top-flight football.

Arsenal bent over backwards to keep him in February 2018. The idea that the team would eventually outgrow the player seemed unfathomable then but Ozil has been given ample time to think about what he’s done. An entire olive tree has been offered in lieu of branches but it seems increasingly likely that the spark that shone so bright for club and country will simply flicker out before its time.

2) Gareth Bale
“I still haven’t spoken to him since,” said Gareth Bale in February 2019. The Welshman “was really frustrated not to start” the Champions League final eight months prior, and took out his anger on the career of Loris Karius to gift Zinedine Zidane a historic third straight European Cup.

If their relationship was frosty then, it is positively sub-zero now. Bale actually scored in Zidane’s first game back at the Bernabeu but has started 19 of a possible 61 games in the manager’s second spell. As much of a shame as it is to see such generational talent bashfully applauding success from the sidelines, Real seem happy enough to carve a path without their highest earner.

1) David de Gea
While the overrated Paul Scholes was never named Manchester United Player of the Year, David de Gea has had that honour bestowed upon him a record four times. It is easier to stand out as a king in a self-replenishing pack of jokers but that remains a wonderful achievement.

It is startling that De Gea refused to be painted with that same brush that stained so many Old Trafford careers for this long. He was their constant, their cornerstone, their model of elite consistency. Then Cristiano Ronaldo happened.

To attribute the Spaniard’s demise solely to those mistakes at the 2018 World Cup is to invest too much into the narrative. All it really does it provide a universally agreeable before and after, the point at which most assume the imperious became the fallible. That there is even a discussion as to whether United should drop De Gea would have been incomprehensible a couple of years ago, but control over his position is not the only thing that has slipped through his fingers of late.