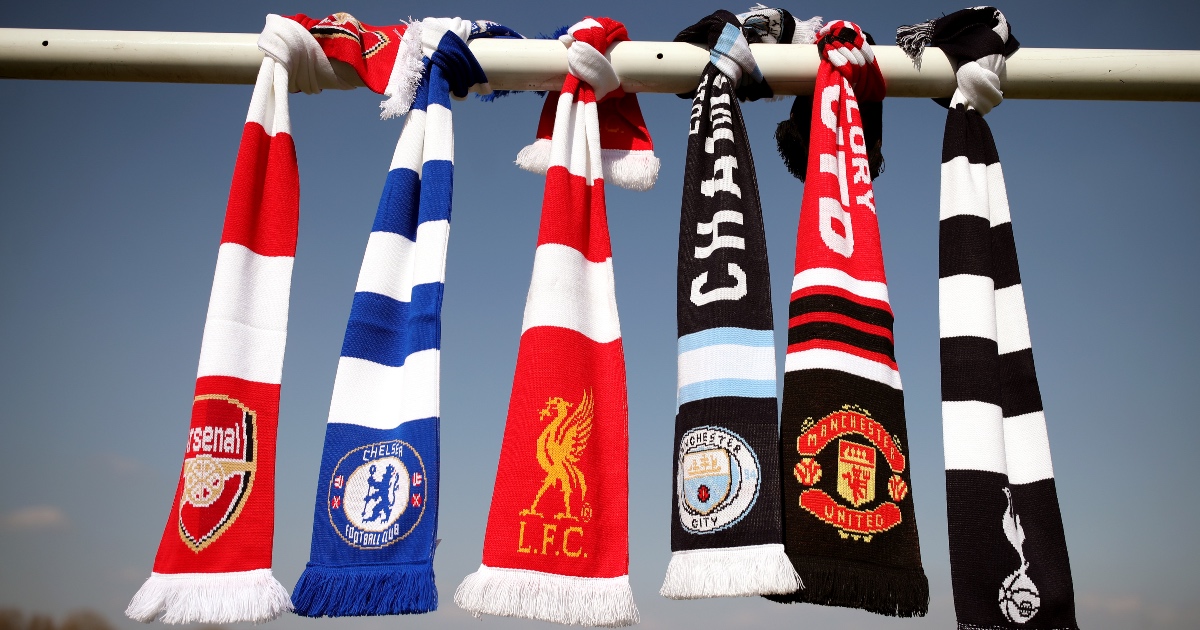 The last third of the Premier League season is still full of jeopardy. Anything could happen from top to bottom. Bit like the first two-thirds then…

1) Liverpool back on the trophy trail
At the end of a scintillating 2019 where they had just grabbed the World Club Championship to add to the Super Cup and the Champions League, Jurgen Klopp was looking forward to more: “I really think our desire is immense. It’s big, it’s massive to win more trophies. If it’s greed, I don’t know, but yeah. Who cares?”

Who cares indeed. Liverpool put trophy number five on Klopp’s Anfield CV with that gung-ho goalless three-hour action movie on Sunday. After firing blanks in an unsettling 2020/21 campaign, gone are the calls for this team to win more. They will win more. Where, how and when remains to be seen. Sunday showed that they can grind it out even if that high line induces squeaky bum time. Now, will they get on those quad bikes?

2) Manchester United full of shooting stars with no firepower
As Chelsea might tell you, it’s quite cruel to lose a penalty shoot-out when your goalkeeper is unable to save multiple shoot-out penalties then misses his own. United are working off minor sparks. They have been inept in all competitions, jettisoned by West Ham in the Carabao and by Middlesbrough in another shoot-out in the FA Cup. It is quite conceivable they would now be on an away day in the Europa League, if it wasn’t for Ronaldo’s sense of theatre. The Theatre of Dreams itself needs more than a bit of spit and polish as its ragged bunch of men just can’t deliver routine wins. Paris is still a ridiculous possibility, but with 11 games left, they must have serious concerns that Arsenal et al are a threat to their get-out-of-jail card. And the fixture list is not kind.

3) Antonio Conte going Full Monty at Spurs
It started promisingly. Antonio Conte was undefeated in his first nine PL games. There was a whole bunch of games in hand. His emotions in the last six weeks have been on a big dipper, a barmy mix of electric joy after a couple of 3-2 last-minute winners, but mostly punctured by the drip-drip death stare of defeats. It all came to a head after the 1-0 loss at Burnley last week when the Italian looked as though he was walking off the plank voluntarily. “I think that I am not the right person, when I lose a game my mood is very bad and I prefer to stay alone and live the defeat.” Those Cup defeats against Chelsea and Boro were wretched. What now?

4) Man City doing their slow quickstep
It’s always a red herring when City stumble out of the blocks in the long hot summer of August. Then they just quicken the step without really quickening the pulse. Manchester City’s WWW column can fire up five or six websites. As soon as Chelsea drew with Burnley back in the autumn and West Ham overcame Liverpool on the same weekend, they went into overdrive. It’s 46 points from 17 games. Only Liverpool can keep them on the straight and narrow.

5) Chelsea win it all but come back flat…
It wasn’t quite as brash as Kepa’s attempted sledging, but Chelsea’s official site plastered ‘We’ve won it all’ as they claimed the World Club Championship in Qatar. It may be an unloved adventure for some, but Liverpool sacrificed a Carabao Cup for the golden ticket. Chelsea’s two-match ‘campaign’ was reminiscent of the Reds in 2019, making heavy weather of the semi-final against limited opposition and then stealing the trophy late in extra time against the South Americans. The only difference is, Liverpool came back ten foot tall and smashed Leicester immediately afterwards. Chelsea heaved around the pitch at Palace, were good for ten minutes against Lille and then lost at Wembley.

6) From Marcelo to Marsching on together
The reverence for Marcelo Bielsa is fully justified in more ways than one – which is why it is so hard to watch him go up in flames as goals rained down like hailstones. The team was on helium. Jesse Marsch has stepped into the breach to meld the aggression with more control. Think of that Anfield team talk in 2019 when he spoke in a curious mix of English and German hardcore; he won’t need a translator. The players will get the message. He also looks like a USA tour pro golfer who throws his clubs in a lake occasionally.

7) Arsenal have lit their flame
They were as flat as a pancake in the Cup semi-final defeat to Villarreal last season and, strangely, against Liverpool in the Carabao after a fighting performance in the first leg. Yet that dramatic victory over Wolves ignited a flame of passion rarely seen in the Emirates on and off the pitch. It felt like a significant step forward. The Gunners have bubbled up nicely this season only to simmer down at the wrong time through lack of quality or temperament. That Thursday night at the Emirates must be the trademark now going forward.

8) Burnley find the ignition in their mission
Burnley used to be good at being a “pain the a..” as Pep might say. Their raison d’etre was all about stopping the supply and imposing their attritional qualities. There hasn’t been enough of those muck and brass performances. At a wet and windy Turf Moor they played bloody well against Liverpool only to lose narrowly. Nevertheless, it was the green button that sparked them into life. Having dismantled Brighton, the Clarets took Tottenham down a peg or two. Survival is now a battle to be relished…though losing to Leicester was sub-optimal.

9) Lampard is speaking for us all
Emboldened by his team’s performance at Saturday teatime, Frank went on TV and talked a whole lot of sense about a system that still keeps on giving the wrong signals. Everton even got a personal apology on the blower about that penalty. Stockley Park must have some kind of weird decoding methods because it can’t decipher the most logical football decisions. “We’ve lost a point because of a professional who cannot do his job right. It is so incompetent to get it wrong,” said Lampard. Good on him. No more needs to be said. It was short and to the point.

10) Gerrard is back…up and down
He was as poker-faced as they come when stepping back onto the famous turf in December: “What’s important is to go to Anfield and try to take maximum points, which is the attitude and the mentality we’ll have going into every game.” Villa didn’t disgrace themselves either. There was hardly a flicker at the reverence from the stands, but some part of Gerrard must have wished that he was ten years younger and right in the middle of that Wembley celebration. Villa have been up and down but look like they are in safe hands. Liverpool memories are being written in the present. Stevie G might have to wait some time for the call back to the homeland.