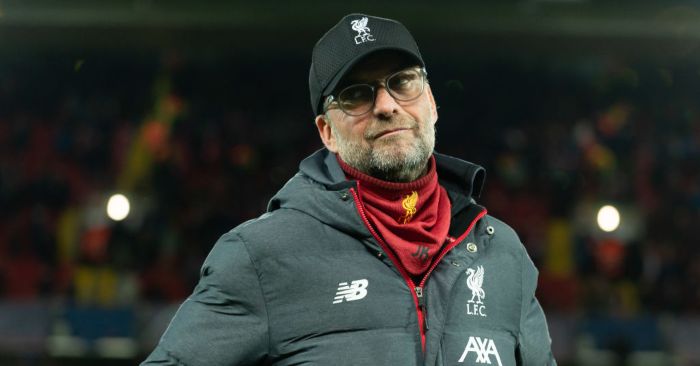 Can Paul Pogba and Bruno Fernandes coexist at Manchester United? And who will soon adorn their fireplaces with golden trinkets?

Golden Boot
In a blue corner littered with empty cans of Red Bull and packets of Skittles is Jamie Vardy (19). In a red corner awash with discarded contract offers and advice on how to cope with a swiftly retreating hairline in your 30s is Pierre-Emerick Aubameyang (17). Sharing a purple corner are Sergio Aguero and Mohamed Salah (16 each), with Danny Ings (15) sprinting around and ruing he made that bet a season too soon.

It would take a gargantuan effort – and perhaps an ill-timed outbreak – for Sadio Mane (14), Marcus Rashford (14), Tammy Abraham (13), Dominic Calvert-Lewin (13), Raul Jimenez (13) or Joelinton (one) to mount a challenge now, so the field is realistically narrowed to just five runners.

Might Vardy finally earn a Golden Boot to accompany his actual Premier League winner’s medal? Could Aubameyang or Salah secure sole custody of an award they can only currently see on Wednesdays and every other weekend? Would Aguero finally establish himself as ‘an all-time great’ with his second gong? Is Ings capable of becoming the first bottom-half Golden Boot winner since Dion Dublin in 1998? And is it really beyond Joelinton to score a hat-trick in each of Newcastle’s remaining games?

Golden Glove
Almost as pulsating is the race to win the Premier League Golden Glove, which is disappointingly a statuette of a diving goalkeeper rather than literal hand-shoes made of precious yellow metal.

Eight shot-stoppers have kept between 11 and nine clean sheets this Premier League season, a list that is led by Nick Pope (11) and includes Dean Henderson (10) and Ben Foster (nine), but neither David de Gea nor Rui Patricio (both eight). Rule Britannia.

Alisson (10) will be hoping to defend his crown successfully and become only the third consecutive Golden Glove winner in history, after Pepe Reina and Joe Hart. Now there’s a dinner party with incredibly safe crockery.

Relegation
The removal of neutral venues from the wider equation has countered any argument Premier League clubs had in favour of scrapping relegation. Brighton, Aston Villa and Norwich were said to have reservations about being consigned to the Championship in a ‘home’ game in London, while West Ham, Watford and Bournemouth would have feared going down as ostensible hosts at Old Trafford.

With home advantage restored and those clubs now cleared to lose in more familiar surroundings, it remains to be seen who slips and who saunters behind closed doors. The bottom six is separated by eight points and goal difference is keeping West Ham and Watford above the parapet as things stand; the former really should be safe.

Whether Newcastle can persuade Saudi investors to buy Benik Afobe to get them out of the Championship
It is 12 days since Neil Custis used The Sun’s back page to tell the world ‘Newcastle’s £300million takeover is done’ and that ‘an announcement will be made on or around June 1′. Louis van Gaal must be absolutely beside himself.

With that said, it does seem a matter of time before Mike Ashley packs all his belongings into one huge Sports Direct mug and vacates St James’ Park for good. The emergence of TV piracy issues has been enough to force the sort of deliberation from the Premier League that abhorrent human rights records simply could not, yet the deal will surely be approved soon.

Which begs the question: when Newcastle do inevitably implode, will Saudi crown prince Mohammed bin Salman really be all that arsed to spend £50m on Benik Afobe, Jordan Rhodes and other assorted Championship promotion specialists this summer?

If Paul Pogba and Bruno Fernandes can play together
While websites are free to publish their predictions on how Manchester United could line up if they sign every person ever, Ole Gunnar Solskjaer ought not use them for tactical insight. As funny as it would be for United to play five-attack minded players in front of an exposed defence for 90 minutes, it might not be all that conducive to success.

But it will be interesting to see how he plays with all of his toys. United will have Paul Pogba and Bruno Fernandes available simultaneously for the first time and the obvious temptation is to find a way to feature both. Solskjaer himself has already alluded to that.

It could be that Fernandes is the lit match and Pogba the touchpaper. Stick Scott McTominay, Fred or Nemanja Matic behind them, sit back and enjoy the show. Or come to realise that you have created the continental version of trying to accommodate Steven Gerrard and Frank Lampard in the same team and that it simply won’t work. Either way, fun.

Here’s to Jack Grealish and Caglar Soyuncu boiling piss by using the bottom-left hob like any self-respecting humanoid this year.

The one bizarre Player of the Year shortlist omission
And then there’s the Player of the Year award, which somehow seems to magnify that confected outrage by including someone who excelled in December and January but was otherwise anonymous. Common decency has prevented Jesse Lingard from ever making the cut but other than that, it’s pretty much free rein.

And don’t get us or @FilthyFirmino started on how Dele Alli remains eligible to win the Young Player of the Year award as a 24-year-old at the end of his seventh full season in professional football.

Which player secures an unearned transfer this summer
While no-one has any money and the optics of making profligate statements in the transfer market are more than problematic, someone will blink and the rest will suddenly open their eyes to the reality that they cannot afford to risk falling behind more than they cannot afford a shiny new player through creative accounting.

So don’t be stunned when Callum Wilson embarks on a goalscoring rampage in Bournemouth’s final fixtures to seal that £70m move, nor when Manchester United start fancying James Maddison again instead of Jack Grealish when he whips in a couple of free-kicks for Leicester.

European places
It is hilariously close, from Chelsea on 48 points down to Sheffield United with a game in hand on 43. Depending on the final outcome of Manchester City’s European ban, even 11th-placed Crystal Palace might view a six-point gap to Manchester United in fifth as a Champions League opportunity too rare to pass up.

That makes for some intriguing meetings, from Arsenal (9th) hosting Tottenham (8th), to Wolves (6th) visiting Burnley (10th). One misstep and there are about five teams waiting to capitalise. These final nine games could be a marathon sprint.

How many records Liverpool can still break
What once promised to be the earliest Premier League title win by date is now guaranteed to be the latest, provided they can overcome the collapse of 36 wins from their last 38 league games to clinch those crucial last six points.

But will they still beat Manchester City’s markers for most points in a season and biggest title-winning margin? Could they become the first team to win every home game in a campaign, even if they don’t see out every match at Anfield? Would it set a global record for the extent to which it clearly means more? It’s almost time to finally find out.