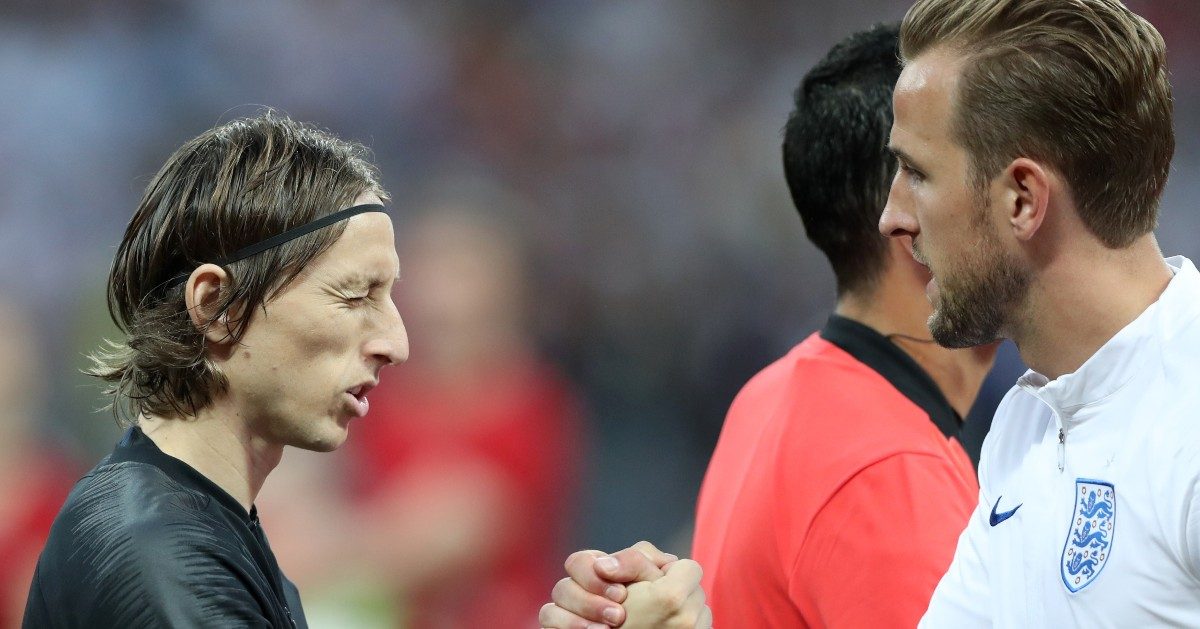 Harry Kane should know that gentleman’s agreements often count for nothing in football. And that is even before you get Daniel Levy involved.

10) Joe Allen
It was described by Swansea chairman Huw Jenkins as “a 12-month respite” but 70 days after he insisted no players would be immediately following Brendan Rodgers to Liverpool, Joe Allen became the manager’s second signing at Anfield. So frustrated were the Welsh side by the situation that they had released a statement condemning their Premier League rivals for pursuing the midfielder “despite a written agreement” between the two clubs.

The presence of a particular contractual clause allowing Allen to discuss personal terms with any of Arsenal, Chelsea, Liverpool, Manchester City or Manchester United if they made a £15million weakened Swansea’s position. That held far more water legally than what was essentially an informal deal and Rodgers would probably have fought through every court in the land to be reunited with the courageous Allen in any case.

9) Dan Gosling
The party that tends to renege on a gentleman’s agreement – can one ever renege on anything else in football or otherwise? – is the club. Kane is discovering how little agency a player can have over their own future when they commit themselves to a contract, and how non-binding such handshakes are in reality. It is akin to appeasing a frustrated child with promise of a toy but no intention to ever deliver.

But some teams have been dealt their dose of that bitter medicine before instead of administering it. When Everton verbally agreed terms on a new deal for Dan Gosling in summer 2010, they deemed the matter settled. Yet the midfielder’s agent exploited a technicality as the improved contract was never put in writing, allowing Gosling to leave without Everton being due compensation despite the fact he was only 20.

“It was Everton’s understanding that this gentleman’s agreement would guarantee that the player would extend, by at least two years, the three-year deal he signed upon his arrival from Plymouth Argyle,” read a statement from the club in the same week that he joined Newcastle for nothing. It certainly had a knock-on effect with regards to League One Plymouth, who were starved of any sell-on fee, entered administration later that season, were deducted ten points and suffered relegation by six.

8) Saido Berahino
Tottenham and Levy are used to this dance. Gareth Bale signed a new four-year contract with the club in June 2012 on the basis that he had ‘a personal assurance’ and ‘verbal promise’ from the chairman that he would be allowed to leave if someone offered £80m. After a brief period of wrangling between the two parties his wish was eventually granted little over a month later. Others tend to have to wait at least another season.

Kane might believe he is being kept in north London against his will in such a manner but Saido Berahino felt the path into White Hart Lane had been blocked in 2015. Four separate offers for the forward had been rejected by West Brom with suggestions abound that they would let him leave if they signed two strikers first. In came Rickie Lambert and Salomon Rondon but Berahino, after a 14-goal season outscoring Wayne Rooney, Romelu Lukaku and Robin van Persie, remained at The Hawthorns. He went as far as to publicly promise ‘I will never play Jeremy Peace’ in a hammer blow to the casting of the West Brom chairman’s upcoming biopic.

Berahino actually played for the Baggies 35 more times in the Premier League but his form dropped off to a bitterly disappointing four goals.

7) Peter Odemwingie
Everyone is familiar with that plot point but perhaps not the overall story itself. Peter Odemwingie had scored five goals in 18 games before having a transfer request rejected by perennial transfer villains West Brom, including a late equaliser against Aston Villa six days prior. His fury took him to that most dark, dangerous and depraved of places – Twitter – after QPR had a £2m bid turned down. Three days later he stuck Loftus Road in the satnav and embarked on a two-hour deadline-day drive in an attempt to force the move through.

It succeeded only in winding West Brom up as negotiations with QPR went nowhere and Odemwingie was denied entrance to the club’s stadium. He managed the late drive back well enough to attend training the following morning for the Baggies but after talks with executives he sought out Sky Sports News again as his platform, saying: “They didn’t give me written permission, but you know we are in England and when you’re gentlemen you understand each other so easily. In my opinion, everything was done right.”

6) Theo Hernandez
“There is a pact of non-aggression between Real Madrid and Atletico so I think Falcao is a forbidden fruit,” said Jose Mourinho in 2012. Four years later, Antoine Griezmann explained that “I couldn’t go to Real Madrid, not with the rivalry that exists and there’s also a pact between the clubs”. Such resentful club relationships are rarely bridged by players and for 17 years there had not been a single direct transfer between the two sides. After Santiago Solari there was peace.

That arrangement was ignored by Real when they took left-back Theo Hernandez across the city in 2017. A loophole was provided by the fact the Frenchman had not even played for the Atletico first team by that point but a £23m fee undermined any sense that this was simply an academy graduate quietly swapping neighbours after a decent trial. One season, 23 games and a comparable Milan offer later might have left them wondering whether it was all worth it.

5) Yohan Cabaye
‘Yohan Cabaye will not leave Newcastle United in January. We understand that the midfield star and his agent have a gentleman’s agreement that the Frenchman will remain at St James’ Park until the summer at the very least,’ the Chronicle reported on Boxing Day 2013. The midfielder was in irrepressible form, netting important goals against Manchester United, Crystal Palace and Stoke in December to attract renewed interest from Arsenal and the Red Devils.

“We had a mutual agreement. Last summer I wasn’t able to leave but then there was another opportunity this winter and they respected the agreement we had,” the player himself said 34 days later as a £19m move to Paris Saint-Germain was sanctioned. Alan Pardew, Joe Kinnear and Mike Ashley had been so publicly adamant the Frenchman would not leave until that summer at the earliest. If those three cannot be taken at their word then the concept of trust and integrity is meaningless.

4) Riyad Mahrez
N’Golo Kante left the fairy tale behind instantly, departing the Premier League champions for the step down to a mid-table team. Danny Drinkwater followed him the subsequent summer as Leicester established a theme of one significant player sale every year to sustain their squad development. Riyad Mahrez was seemingly unaware that the idea might preclude him from jumping ship.

“I had a good discussion with the chairman last summer and we agreed at that time that I would stay for another year in order to help the club as best as I could following the transition of winning the title and in the Champions League,” the Algerian said in May 2017, having confounded speculation to sign a four-year Leicester contract after their incredible Premier League triumph. But that stunted his position and the Foxes held off interest from PSG and Roma. “I am not aware of any gentleman’s agreement,” Craig Shakespeare told the press, but Mahrez’s much smoother departure for Manchester City 12 months later said otherwise as Leicester eventually honoured their end of the £450,000 bargain they sold for £60m within four and a half years.

3) Roy Keane
It turns out Kenny Dalglish takes a handshake quite seriously. When he and Roy Keane agreed terms on a lucrative Blackburn contract upon Nottingham Forest’s relegation in summer 1993, the Scottish manager was content to dot i’s and cross t’s the following Monday. The move would have been sorted there and then on a hectic Friday afternoon had any particularly diligent employee stayed behind in the office instead of leaving for the weekend and heading to the pub. A verbal deal was in place but Rovers did not have the necessary paperwork to formally ratify it until the following Monday.

Alex Ferguson soon caught wind and abandoned a reported move for Carlton Palmer to relentlessly pursue the midfield jewel in his crown. He phoned Keane to ask whether he had signed, picking the Irishman up at Manchester airport before driving him back to the manager’s house when Keane confirmed he had not. It was over a game of snooker that Ferguson convinced the player to join, incurring the wrath of Rovers. “Nobody does this to Kenny Dalglish,” said their manager. “You’re a wee b*stard and you won’t get away with this.”

“I felt bad because I had kind of agreed to go to Blackburn,” Keane said much later, the pair having put their differences aside in retirement. “When you shake hands with someone, you are almost there.”

2) Luka Modric
Genuinely, though, Kane is in for a mighty shock if he expects Levy to hold up whatever unofficial pact might be in place. A quick chat with Luka Modric will reveal that it is never quite that simple with the Tottenham deal-breaker.

“I reminded the chairman of our gentleman’s agreement when we were in Dubrovnik last summer and I agreed a contract extension with Tottenham,” Modric said in July 2011 after it became apparent that interest in Chelsea was mutual. “At that time, I had an open chat with Levy – that if a bigger club came in with a concrete offer, we would consider it and agree the best solution for all concerned. Now Levy doesn’t want to talk to me and said there is no possibility that I can leave Spurs. He threatened me – he said if I didn’t accept the club’s stance, they would make me sit on the bench or in the stands.”

Tottenham simply pointed to the six-year contract – Kane made that mistake, too – Modric tied himself to the previous year, signing his future over to a club that had just qualified for the Champions League. But missing out the following season changed the Croatian’s stance and he pursued a move to a more ambitious club that could compete for trophies. Levy eventually relented but only when Real Madrid came calling in 2012. Kane might have to face up to the prospect of another year in north London himself.

1) Luis Suarez
“Last year I had the opportunity to move to a big European club and I stayed on the understanding that if we failed to qualify for the Champions League the following season I’d be allowed to go,” said Luis Suarez in summer 2013, using the very same media he had lambasted months earlier to engineer a move from Anfield.

“I gave absolutely everything last season but it was not enough to give us a top-four finish – now all I want is for Liverpool to honour our agreement. This is about the club having agreed to something both verbally and in the contract which they are now not honouring.”

Except there was apparently no such terms on paper, as proven when Arsenal activated an apparent clause in Suarez’s deal with a £40,000,001 offer designed to let them talk to the player, only to be smoked out of town by owner John W. Henry. When the dust settled he simply said: “Since apparently these contracts don’t seem to hold, we took the position that we’re just not selling.”

Brendan Rodgers told Arsenal they were “ill advised” by “one of the worst pieces of information they ever received”. Arsene Wenger admitted it was “not the most subtle thing we have done”. Suarez stayed, scored 31 goals, fulfilled a dream every England supporter would harbour seven years later by biting Giorgio Chiellini, then finally left for Barcelona a year later than planned.