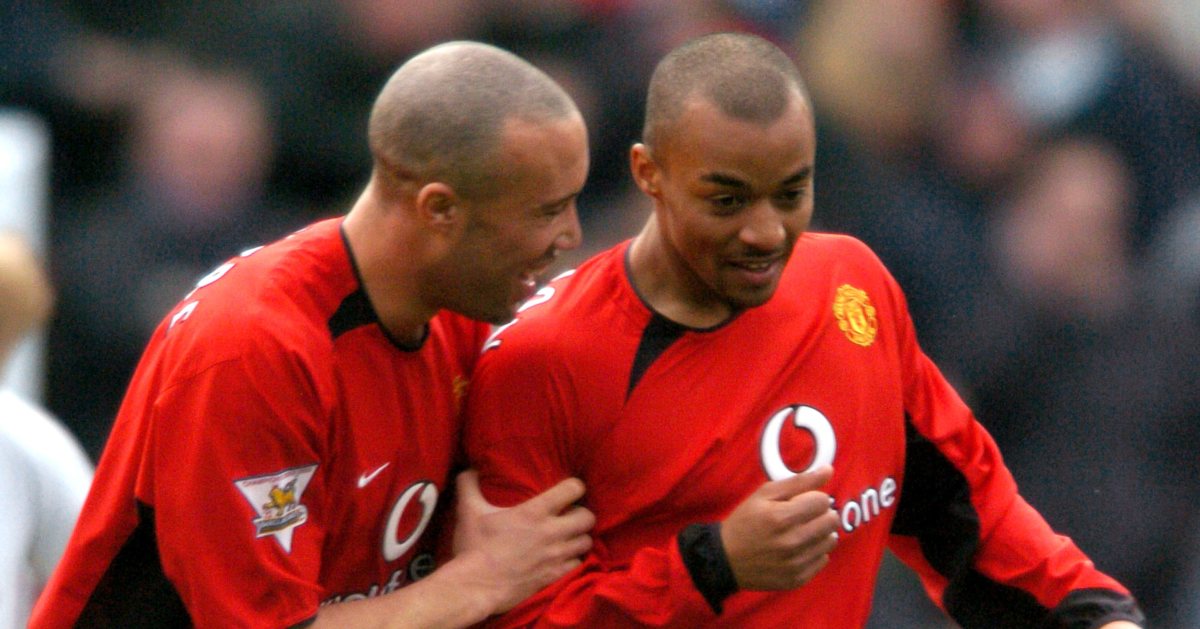 10) Michael Owen
It was presumably while nodding at the list of adjectives printed next to half of his face on a brochure that the clean and fresh, fit and healthy and undoubtedly articulate Michael Owen received the phone call he never could have expected. Indeed, the striker described interest from Sir Alex Ferguson as completely “out of the blue” in 2009.

Owen had just been released by Newcastle upon their relegation, his eight goals in 28 games not enough to keep them up but more than sufficient in persuading Manchester United to hand him the No. 7 shirt Cristiano Ronaldo had recently vacated.

A bizarre and entirely unexpected move, Manchester City and Wolfsburg would be the first to admit it wasn’t without its high points. But Owen, whose fabled pamphlet aggressively debunked the myth of his proneness to injury, spent 388 days of his three-year spell at Old Trafford on the sidelines with an assortment of thigh and groin problems. “I’d like to think that everyone was quite surprised with my medical,” he boasted at his unveiling. No doubt.

9) Maicon
By the time Maicon joined Manchester City in the closing stages of the 2012 summer transfer window, Pablo Zabaleta was already in the midst of his fifth season as the club’s regular right-back. The Argentine had signed a three-and-a-half-year contract extension the previous November, even opening the scoring against QPR in the dramatic 3-2 victory that sealed their first top-flight title in 44 years.

Any argument that Maicon could provide competition for places fell as flat as the Brazilian’s feet against prime Gareth Bale. Those iconic Champions League performances against Tottenham had come in late 2010 so it was little surprise to anyone that he struggled to even displace Micah Richards as second-choice two years later. Maicon was very much gone after a single season.

8) Ahmed Musa
To their credit, Leicester played the part of Premier League champions impeccably during their first window as rulers of England. They broke their transfer record thrice, signed a bona fide international tournament star and guaranteed hit in Bartosz Kapustka and promised Jamie Vardy all the Red Bull in the world to turn down overtures from Arsenal.

Nampalys Mendy continues to thrive against all odds under Brendan Rodgers almost half a decade later, while Islam Slimani was coming off a season in which he had scored 27 goals in 33 Primeira Liga games for Sporting; you could at least see the idea. But in the case of Ahmed Musa it was difficult to work out what their vaunted recruitment team was really going for.

“I think I am like Jamie Vardy,” he said upon joining. “I have speed, I like to work hard, we are similar in lots of things.” Just not goals, of which he scored five in 33 games before heading to Saudi Arabia in 2018. Leicester did not get their £16.6m back.

7) Laurent Blanc
The fantasy was perhaps better than the reality for Sir Alex Ferguson when he finally signed Laurent Blanc at what he admitted was the fourth time of asking. Jaap Stam had just left Manchester United in acrimonious circumstances and so the French centre-half who was first courted by the club in 1996 joined on a one-year deal in 2001.

Those five years were not particularly kind to Blanc by the end. While his deficiencies were covered in a France side that reigned Europe and the world around the turn of the millennium, Premier League forwards revelled in the chance to expose his glaring lack of pace.

Blanc did improve a little over time, enough to earn another 12 months at Old Trafford and, with that, a title winner’s medal. But his last start in the 2002/03 season came on Boxing Day, when he played ahead of Rio Ferdinand and Alen Boksic, Szilard Nemeth and Joseph-Desire Job gave him the runaround at the Riverside. He retired at the end of that season.

6) Matty Holmes
There was talk of Zinedine Zidane and Youri Djorkaeff but when it came down to it, Blackburn fans were given the custard pie of Matty Holmes to celebrate their 1995 Premier League title win. Which is not to say the midfielder was in any way a bad player, more that he had scored four goals in 58 top-flight games for a West Ham side that finished 13th and 14th in the process.

It was a peculiar purchase made much worse by the fact Darlington’s Adam Reed was their only other signing until Lars Bohinen joined in October, followed by Chris Coleman in December. Holmes played nine times for Rovers. Zizou can stick his poxy World Cup, European Championships, Champions Leagues and La Ligas.

5) Fabian Caballero
When Arsene Wenger brought Kim Kallstrom in for the second half of the 2013/14 season, he did so out of spite. In 22 years at Arsenal the Frenchman rarely made use of the loan system, Yossi Benayoun probably representing his best temporary stay by default.

How strange that the unmitigated success of his first loan signing did not persuade him to revisit that particular well a little more often. Arsenal had just won the Double and after selling Ian Wright to West Ham, needed a little extra punch. Fabian Caballero took that challenge a little too literally on the last of his three first-team appearances for the Gunners, elbowing a Preston defender to allow Emmanuel Petit to score in a League Cup victory. His nickname was Tyson. Dunno why.

Fabian Caballero performing his only recorded function: giving Ron Atkinson a quizzical look when he takes his place in the wrong dugout. pic.twitter.com/zU8eGMZlZH

4) Wilfried Bony
On the surface it was not too difficult a transfer to digest or comprehend. Wilfried Bony had won the coveted and prestigious Premier League calendar year top goalscorer award in 2014 before immediately finding himself in the clutches of Manchester City the following January. If the Ivorian could score 20 goals for Swansea, went the simple logic, then imagine what could do with David Silva supplying the bullets.

The problem was that few people were equipped to challenge prime gunslinger Sergio Aguero at the time, and certainly not the slightly limited Bony. To make matter worse, City had ostracised the reliably excellent and popular Edin Dzeko to make room for a striker that scored ten goals in 46 games.

3) David Bellion
From Boxing Day 2002 to the final game of that Premier League season, Sunderland earned a single point across 19 games. Manchester United, in that same time, lost one and won 15 of their matches in the second half of that campaign. Then they signed the striker that had scored once for the bottom-placing Black Cats. Imagine Liverpool signing Oli Burke for an insight into how bizarre it was. There’s a thought.

Bellion was lightning fast and signed for a pittance in compensation, while media reports at the time included the completely irrelevant claim that his agent, Mike Morris was “a close ally of Jason Ferguson”, son of Sir Alex. They had egg on their cynical faces when he contributed eight goals in 40 games.

2) Michael Hector and 1) Papy Djilobodji
Jose Mourinho wanted John Stones in summer 2015. So much so that Chelsea lodged four separate bids to sign the centre-half, who contrived to hand in an accidental transfer request to Everton in his confusion. How embarrassing. But no more so than what Chelsea did in response.

In a misguided attempt to appease Mourinho, the Blues embarked on a drastic deadline day dash to bring in any defender they could find. The scouting team came up with Papy Djilobodji and Michael Hector.

There are some similarities to Chelsea’s activity then and that of Liverpool now. The former brought in a centre-half at a Ligue Un side battling relegation and another from the Championship that had spent time through the English football pyramid. The latter has signed a defender struggling at the foot of the Bundesliga and one with a solid pedigree in England’s second tier and further down.

Even in the cases of Djilobodji and Ben Davies, Celtic had bids accepted before Chelsea and Liverpool ran rings around the hoops.

Hector went back on loan to Reading as part of his deal anyway, returning to Stamford Bridge to find Guus Hiddink in the manager’s chair. He never did play for Chelsea. Djilobodji at least fit one League Cup match in before leaving – at a profit – for Sunderland the next summer.