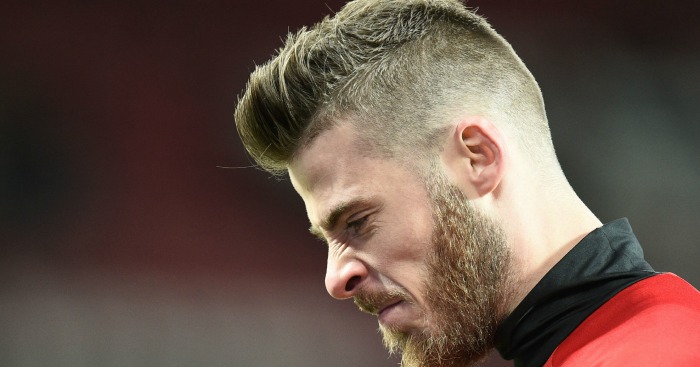 There has been plenty of bickering this week between Liverpool boss Jurgen Klopp and Gary and Phil Neville. The centre of attention has been summer arrival Loris Karius, who has made a questionable start to life in England. But just where does the German youngster feature in the worst-rated goalkeepers in the Premier League this season? Of shotstoppers to make more than five appearances, WhoScored.com gives you a run down…

10) Maarten Stekelenburg – Everton (WhoScored.com rating 6.53)
While Everton spent much of the £47m recouped from the sale of John Stones on the signings of Ashley Williams, Idrissa Gueye and Yannick Bolasie, fans have every right to feel short-changed by the club’s inability to significantly strengthen between the sticks. Maarten Stekelenburg followed Ronald Koeman to Goodison Park over the summer and is now the Toffees’ number one. Yet, while the Dutchman is capable of pulling off world-class saves, his inconsistency is a real concern. Indeed, no player has committed more errors that have led to an opposition shot in the Premier League this term than Stekelenburg (3).

9) Victor Valdes – Middlesbrough (6.51)
The capture of Victor Valdes was seen as a real coup for Middlesbrough and it wasn’t long before he established himself as first choice under Aitor Karanka. While he hasn’t underwhelmed per se, the experienced goalkeeper is yet to really impress either. An average of 2.3 saves per game is among the lowest in the league, though that might be more of a reflection on Boro’s defensive tactics than his own form.

8) Wayne Hennessey – Crystal Palace (6.49)
After losing his number one spot to summer arrival Steve Mandanda, Wayne Hennessey has featured on six occasions this season due to the former’s current injury woes. He hasn’t exactly instilled confidence as the last line of defence, with a 53.3% save success rate the lowest in the Premier League this season. The Wales international is shipping an average of two goals per game, which is one of the worst returns in England’s top tier, and needs to improve if he is to retain his starting spot in the long run.

7) Claudio Bravo – Manchester City (6.49)
Pep Guardiola raided Barcelona to improve his goalkeeping options over the summer. Unfortunately for Manchester City, he came back with Claudio Bravo and not Marc-Andre ter Stegen. The 33-year-old Chilean has been routinely exposed at the back during his short time in England and has kept just two clean sheets in 12 league starts this term, a hugely disappointing return for a goalkeeper in a title-challenging team. Having claimed just 0.5 crosses per league game, Bravo’s indecision and poor command of his area has been exploited by opponents in the Premier League.

6) David de Gea – Manchester United (6.48)
Crossing the Manchester divide, David de Gea hasn’t been at his world-class best for Jose Mourinho’s side this season. That isn’t to say the Spaniard has suddenly got worse overnight, but his form has dipped. He’s claimed only 11 crosses and punched the ball clear just once this season, and – like Bravo – has struggled to command his area at times. 2.3 saves per game this term, a modest average, is also his lowest in a Premier League campaign.

5) David Marshall – Hull (6.37)
Since signing from Cardiff over the summer, David Marshall has been Mike Phelan’s number one goalkeeper for Hull, with injuries to Allan McGregor and Eldin Jakupovic playing a part. However, he has struggled to be the solid shot-stopper required to consolidate the Tigers’ Premier League place. Hull have conceded more goals (32) than any other Premier League team this season, with Marshall shipping 25 of those. As such, an average of 2.5 goals conceded per game is more than any other goalkeeper with five or more Premier League starts this season, while a 56.7% save success rate has contributed to an underwhelming rating.

4) Loris Karius – Liverpool (6.33)
Any goalkeeper coming into a new league can struggle initially and that’s certainly been the case for Karius. The spotlight has been on the 23-year-old this week for all the wrong reasons, and perhaps deservedly so. No player has committed more errors that have led to an opposition goal than Karius (2) in the Premier League this season, both of which have come in his last two appearances. His mistakes saw Liverpool drop three points in those two outings against Bournemouth and West Ham, which – had they been avoided – would see the Reds level on points with Arsenal in second. At his age, Karius has ample time to improve, but so far he’s failed to live up to his reputation.

3) Steve Mandanda – Crystal Palace (6.26)
For a goalkeeper widely praised for his shotstopping ability, Steve Mandanda has struggled to transfer his good form for Marseille to Crystal Palace. The 31-year-old’s save success is a disappointing 55.8%, a drop from 70.9% in Ligue 1 last term, saving just 24 of the 43 shots he faced prior to injury. No goalkeeper has conceded more goals from outside the box than Mandanda (6) in the Premier League this season, contributing to a WhoScored.com rating of 6.26 in his debut campaign in England.

2) Fraser Forster – Southampton (6.26)
After a hugely impressive campaign for Southampton upon his return to action, Fraser Forster’s form has dipped significantly. A cataclysmic error in the 3-0 loss at Crystal Palace earlier this month effectively summed up the 28-year-old’s season so far as he struggles to match expectations under Claude Puel. Of goalkeepers to make more than five Premier League starts this season, Forster is averaging the fewest saves (1.3) in the top flight, with his save success rate a lowly 54.1%. Having gained one of the best save success rates (73.9%) in England’s top tier last term, a 19.8% dip is a worry for the England international. Daniel Storey was surprised.

1) Ron-Robert Zieler – Leicester (6.25)
Another summer arrival to make the list, Ron-Robert Zieler will have done little to convince manager Claudio Ranieri he deserves a regular starting spot for the defending champions. His WhoScored.com rating (6.25) is the lowest of goalkeepers to make more than five Premier League appearances this season, while only Hennessey (16) has made fewer saves than the German (18) using the same parameters. Having kept just one clean sheet in seven starts, the 27-year-old is unlikely to continue between the sticks once Kasper Schmeichel returns from injury.