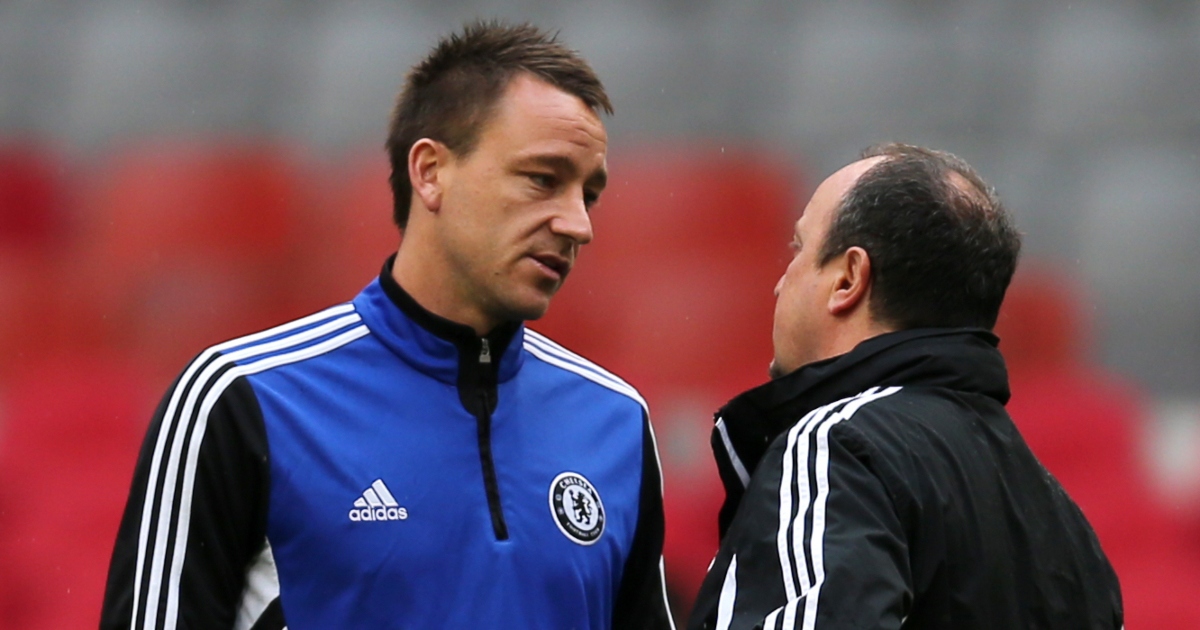 John Terry sparked a revival in fortunes at Chelsea after confronting Rafael Benitez in front of the squad.

Benitez spent six months being jeered by Chelsea supporters when he replaced Roberto di Matteo as manager at Stamford Bridge in November 2012.

The Spaniard was an unpopular interim appointment due to his past with Liverpool, but he delivered the Europa League trophy and a third-placed finish before leaving at the end of the season.

“It was weird because Rafa was getting booed by the Chelsea supporters at every game,” he told The Athletic. “To see your manager getting booed all the time is crazy. But he stayed focused.

“He managed to get us into the Champions League, we finished third, he won the Europa League, and we went to two semi-finals in the domestic cups. So he must have been good.”

The Senegalese netted the only goal in an FA Cup quarter-final victory over Manchester United, before grabbing what turned out to be a consolation effort in a 2-1 semi-final defeat to Manchester City.

It was after that match that captain Terry took it upon himself to challenge Benitez, who subsequently did not lose any of his final ten games before departing.

“Big players will take responsibility on the pitch but also off it when things don’t go the right way,” Ba said. “I remember when we lost 2-1 to Manchester City in the FA Cup semi-final, Rafa was criticising our lack of intensity after the game. But John Terry went: ‘No gaffer, the problem is that our training lacks intensity.’

“Rafa’s training was mostly tactical, but the players wanted it to be more full-blooded. So the two of them had a frank exchange of views in front of everyone, and the next day, the whole team got together to talk things through as well. We didn’t lose any more games after that.”

Ba also recalled how he rejected “Tony Pulis football” and was asked to hide in a car boot before his first move to England.