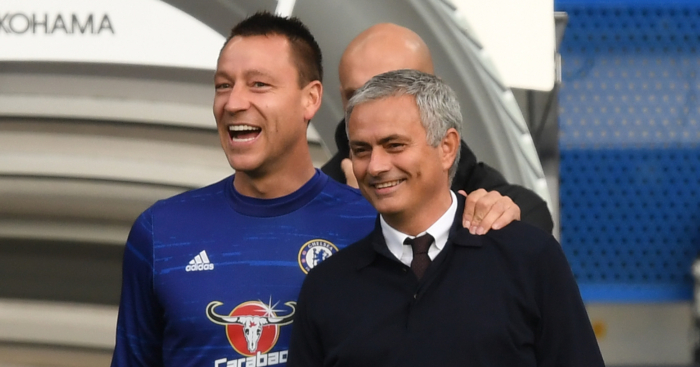 Former Chelsea captain John Terry has claimed Mo Salah and Kevin De Bruyne failed at Stamford Bridge as they were “below the standard” of Damien Duff and Arjen Robben.

But Terry’s claims, are wide of the mark, as both Duff and Robben had moved on from Chelsea long before the arrival of Salah and De Bruyne at Stamford Bridge.

Salah and De Bruyne failed to make the grade at Stamford Bridge under Jose Mourinho, but have gone on to establish themselves as two of the standout stars in world football.

With Salah helping Liverpool claim their sixth European Cup back in June, while De Bruyne has been instrumental in helping his side secure back-to-back Premier League titles.

“In my generation now I see people like Salah and Kevin De Bruyne come through and not being able to match his standards at the time,” the current Aston Villa assistant manager told Dubai Eye radio.

“Now they were very talented but very young individuals as well. But Mourinho didn’t have time to put them in the team or take out a Duff or Robben because we was winning every single week and his job is on the line.

“So, like I said before if you come in and you are 10 or 20 per cent below the standard of Duff and Robben who were scoring 20 goals a season each. You are not gonna make that team, no chance.

“Fair play to them they’ve gone away elsewhere and proved they’re good enough but at that present time they wasn’t good enough for Chelsea.”