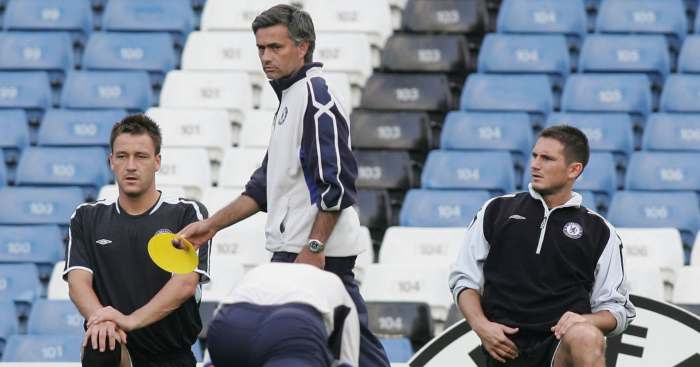 Former England international John Terry admits he was “petrified” at the prospect of playing under Jose Mourinho at Chelsea.

After winning the Champions League with Porto on 2004, Mourinho joined the Blues the very next season, announcing himself as the ‘Special One’ in his first press conference.

On his reaction to Mourinho joining Chelsea in 2004, Terry told beIN Sports: “Nerve-racking and I was petrified. We’d all seen the ‘Special One’ interview. He’d just won the Champions League with Porto.

“As a group of players we were texting each other saying ‘oh no, this’ll be tough this’ but from day one he blew us away with his sessions.

“Like all of us you go in [to training with a new manager] and say ‘Okay, lets see what the manager’s got’ because it’s down to them to impress the players and he certainly did that from day one.

“He did that on a personal basis, on the training field and he was special that’s for sure.”