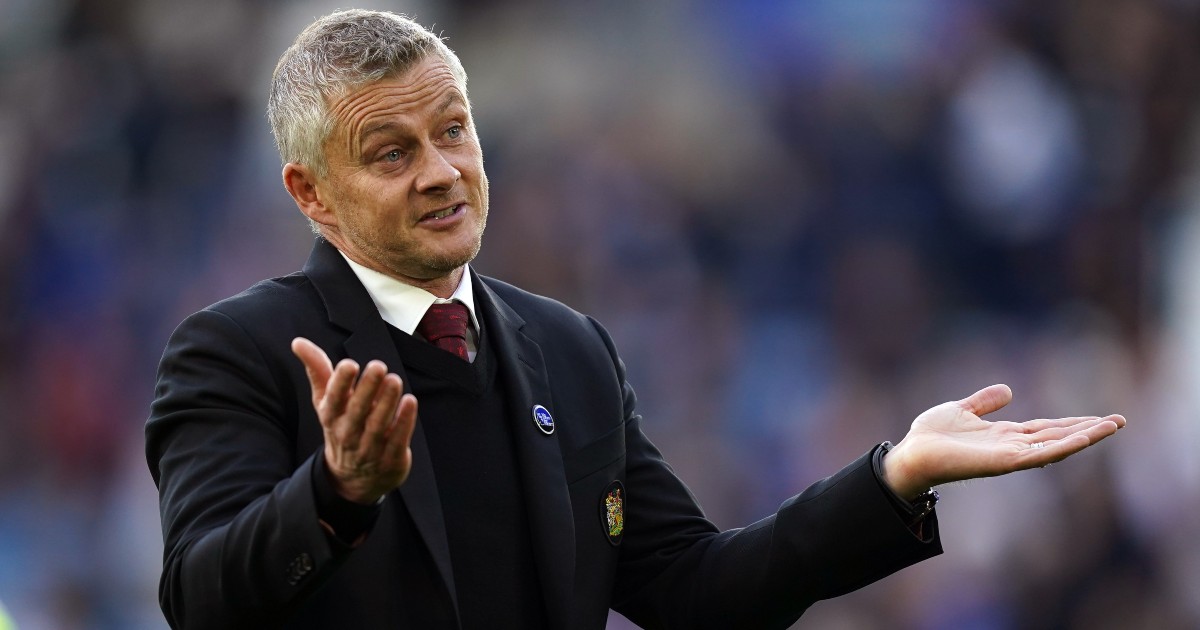 Everybody has secrets. When you have a secret, you generally do one of two things: keep it to yourself or tell somebody that you are confident will treat the information with the discretion you believe it deserves.

So it is uncanny just how often secrets and ‘private’ thoughts from people at Manchester United seem to find their way into the public domain. Clearly not learning from the repeated betrayal of confidentiality suffered by Ed Woodward and Jose Mourinho before him, Ole Gunnar Solskjaer must have been amazed to see the information that he wanted to sign a midfielder in the summer transfer window somehow find its way into the press earlier this week. It was such a private thought, after all.

It is the irony of the information rather than the fact that it had been leaked that was the most interesting facet of the story. The former manager of Cardiff and Molde believes that the area Manchester United most need to upgrade is their midfield. Now, central midfield is clearly a weakness in comparison to the rest of the squad, but this is a manager that has been allowed to spend over £400m since taking over at United. If there is imbalance in the squad, the manager surely has to take at least a significant share of the responsibility.

The midfielders themselves probably felt like I did when my 25-stone PE teacher was shouting at me from his deck chair for not finishing in the top 10 in the cross country race. Because it doesn’t take the most educated football brain to realise that one of the main issues at the club is the manager rather than the need for another £50m player.

During the excellent analysis on Monday Night Football this week, Jamie Carragher said something about Cristiano Ronaldo that could equally have been said about his manager. Carragher said that the signing of Ronaldo was better for the Premier League than it was for Manchester United. In terms of the top four race this season, Solskjaer is proving to be better for the Premier League than he is United.

Manchester City, Chelsea, Liverpool and Manchester United have comfortably the best squads in the Premier League and a couple of weeks ago it looked like we would have a title race and a relegation battle to enjoy this season, but no battle for the Champions League places. But after Leicester dismantled United at the weekend, it has left the door ajar for a host of other clubs to have designs on finishing ahead of Solskjaer’s side.

So, who are the main contenders to finally open the Glazers’ eyes to the fact that the position of the manager needs to at least be reviewed?

I have no intention of going full Alanis Morrissette here, but it would be quite delicious if David Moyes took West Ham into the Champions League at the expense of United. West Ham look the safest bet for consistency this season out of the other top-four pretenders, with a settled team and organisation that is no doubt the envy of United supporters. Europe and a lack of squad depth may prove their overall downfall in the league this season, but Moyes has done an excellent job on a modest budget, and they look primed to challenge for European places again.

Their Europa League rivals Leicester have also earned the right to be considered a genuine rival to United over the last couple of years. They have had a tough start but looked far more like themselves in the win against United at the weekend. Jamie Vardy is showing Ronaldo that port and energy drinks can be just as effective for conditioning as traditional fitness techniques (take note kids) and they are the team with the deepest squad outside of last year’s top four.

We also have to consider very much the fifth and sixth members of the ‘Big Six’. Tottenham somehow find themselves in fifth place, despite making what can only be described as a patchy start which sees them with the same goal difference as 15th-placed Southampton. If Nuno can find the right balance in midfield, Spurs will always have a chance of amassing points if Heung-Min Son and Harry Kane stay fit consistently. Again, squad depth in certain areas may be an issue, but they have the firepower to potentially trouble an inconsistent United.

During the commentary of Arsenal’s game against Palace, it was genuinely shocking to learn that Arsenal could have gone fourth on Friday night if results had gone in their favour. Clearly, that is no longer the case, but it does show how a good run of results can propel a team up the table into those European positions. Arsenal do not look particularly convincing, but they are starting to build some momentum after their disastrous start and also benefit from a lack of European football.

The deficiencies of Solskjaer are also evidenced by the fact that Brighton, Everton and Aston Villa deserve to be part of this conversation. Dean Smith and Rafa Benitez have already out-coached Solskjaer at Old Trafford this season and Graham Potter is maximising the potential of his Brighton squad. All are heavily reliant on keeping their key players available, but because of the clubs’ structure, there is hope that at least one will be able to sustain a challenge for Europa League places at least.

In terms of league fixtures, this spell of games may be the most important yet for the future of Ole Gunnar Solskjaer. United have a strange ability to win matches when he has been in similar situations before, but it is difficult to see them getting much out of matches against Liverpool and Manchester City and they will need to improve to beat Spurs.

Their rivals all have deficiencies too, but they will be looking at this spell as an opportunity to pile on further pressure in the race for fourth. They will just be hoping that Solskjaer does just enough to stay in charge and keep the race interesting.