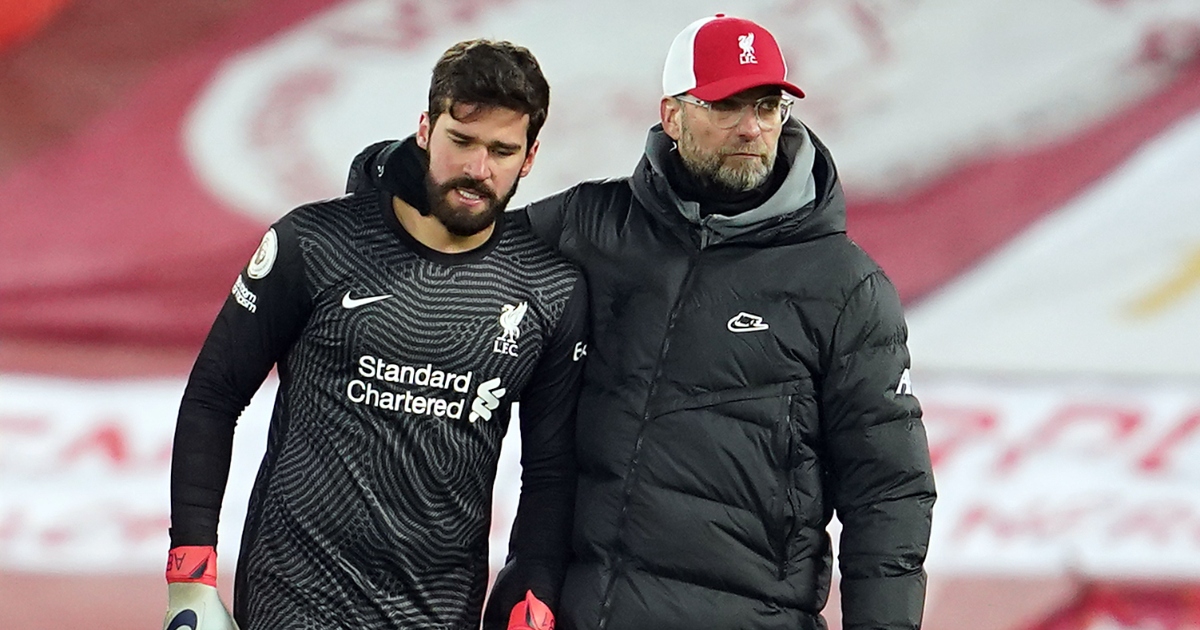 Liverpool manager Jurgen Klopp snapped at BT Sport as the Reds’ 12:30 kick-off time meant his Brazilian pair had “no chance” of playing against Watford on Saturday.

Alisson and Fabinho are missing for the clash at Vicarage Road after returning late from international duty this week.

Brazil played against Uruguay in the early hours of Friday morning, meaning the Reds pair were major doubts for Saturday’s match.

In his pre-match interview, Klopp blew his top after being asked if the Brazilian players could have made his squad.

“No, it was because we play at 12:30, and there is no chance we could play them, so that’s when we thought we then set them to [Madrid].

Earlier this week Klopp claimed Gareth Southgate has a “special thing” for John Stones after picking him for England over Reds defender Joe Gomez.

Gomez has struggled to get into the Liverpool first team this season but he didn’t receive a call-up despite being in previous squads.