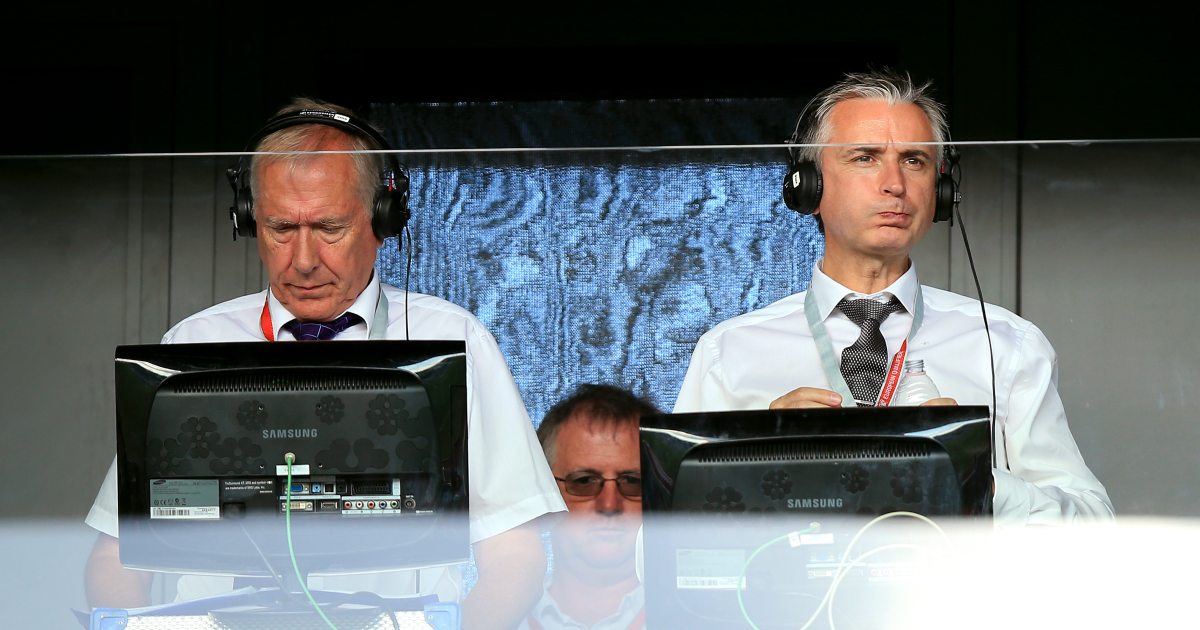 “One of those flicks that invariably don’t come off, but this time it’s just trundled into the far corner.”

Pretend you don’t know what goal is being described there, or which co-commentator is doing the describing. Now try and picture a goal that could accurately be described by those words. Does it sound like the sort of goal that makes you jump out of your seat, invent four new swear words and then laugh your cock clean off at the base while marvelling at the sheer absurdity of all you’ve just witnessed?

No, it does not. It is, therefore, a wholly inadequate piece of co-commentary to describe one of the most audacious and flat-out brilliant goals you could ever wish to see. I put it to you that the best goals are goals that make you laugh and the best goals that make you laugh are those born of outrageously funny brilliance rather than outrageously funny catastrophe. There’s a place for the latter, no doubt, but it’s just all slightly lower-brow isn’t it?

The goal being described above was, of course, Erik Lamela’s absurd rabona in the North London Derby. The guilty co-commentator is Alan Smith, who has managed to make it sound both mundane and – arguably worse – also like a bit of a fluke. There is literally not one single word available in the entire English language more mundane than “trundled”.

Here it is, trundling…

What an absolutely outrageous goal from Erik Lamela 😍 pic.twitter.com/stdEmbY4uw

And it’s a shame, it really is. Great commentary can elevate a brilliant or important goal. From people on the pitch, to having to say that’s magnificent, to schoolboy’s own stuff, to Agueroooooooooooooo and The Gary Neville Goalgasm. Martin Tyler also failed to do himself or Lamela justice on this occasion (“He has arrived with a goal”) but at least has the slight excuse of perhaps being as bamboozled in that moment by what had happened as Arsenal were. Smith has no such mitigation, and a wonderful goal sure to be repeated forever now simply doesn’t have the commentary track it deserves.

Does any of this matter? Not really, but there’s another issue here. Smith’s dour reaction might possibly be at least in part due to the identity of the team that has scored that goal and the one that conceded it.

And is that a problem for broadcasters? Should partisan pundits be involved in these games?

One of the most frequent accusations faced by Football365 writers, probably just behind pinko lefty political leanings and noncery, is our raging bias against Club X. It’s an interesting one, because while it’s almost never as true as the critic believes, it would also be daft to suggest that any of us are truly objective and impartial when it comes to football. And, unlike in, say, news, this doesn’t necessarily matter in football. First because football doesn’t really matter and second because not one of us got interested in sport to be a dispassionate neutral observer.

There is definitely a place for partisan views in football writing and broadcasting, and it’s also probably preferable to let them out in the open when we all know they exist and the alternative would be bland. There is no point trying to pretend that Alan Smith doesn’t want Arsenal to win the NLD, or that Gary Neville isn’t a Manchester United fan.

That in itself is fine. It can work well. Neville’s coruscating analysis of a defensive booboo always has an extra barb and greater frisson when it’s Manchester United who done f***ed up. Same with Jamie Carragher and Liverpool. That’s fine.

But there’s also a point at which something can get lost. And Sunday’s North London Derby wasn’t a great day for partisan punditry. Smith’s Arsenal-tinted shoulder-shrugging ambivalence to one of the truly great goals was matched and, given the time that had passed to allow less emotional and more clear-headed reflection, probably exceeded by Jermaine Jenas going full Fan TV on Match of the Day.

And yet… Freddie Ljungberg was intelligent, erudite and interesting on Sky throughout their coverage of the game. He was also clearly thrilled by Lamela’s goal and the fact it came against a team he played for and a group of players he was coaching little more than a year ago didn’t seem to colour that at all.

Grinning happily, almost chuckling to himself at the absurdity of it all, Ljungberg said at half-time: “The goal is insane. It’s probably the best one I’ve ever seen. The technique, the power and keeping it down, he even gets a bit of curl on it to take it back in. It’s insane.”

It’s fair to say that feels like it gets far closer to describing not just the fundamental components of the goal, but also its ineffable shit-the-bed-did-you-see-that quality than Smith managed.