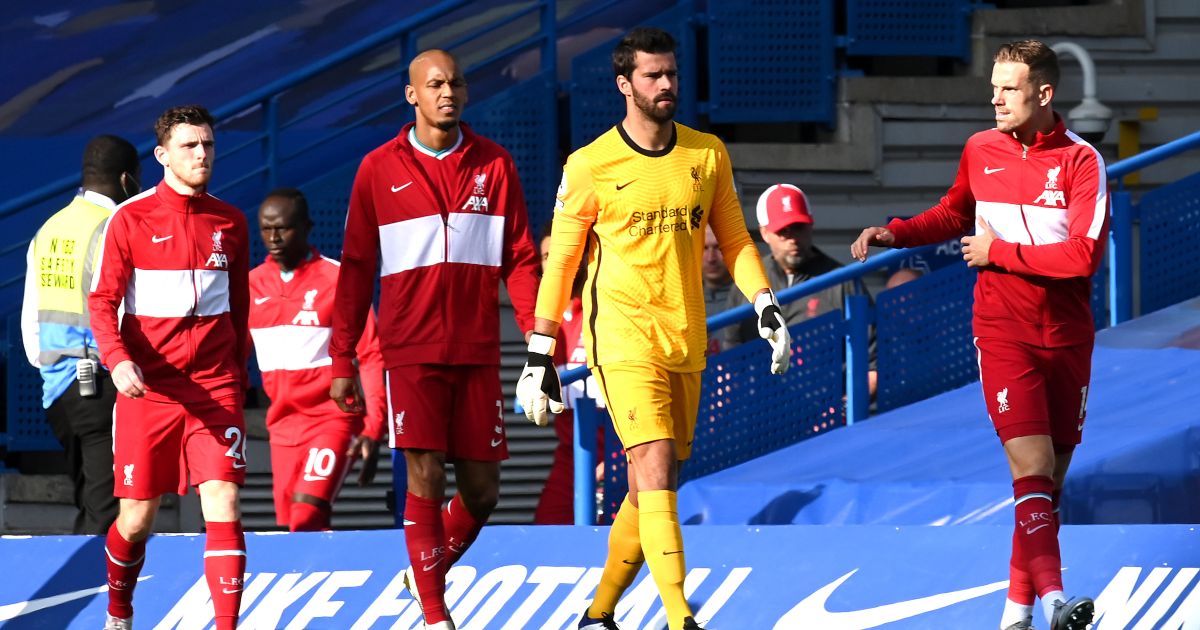 Jurgen Klopp has confirmed that Liverpool will be without Alisson and Fabinho for their Premier League match against Watford on Saturday.

Fabinho started while Alisson was left on the bench as Brazil beat Uruguay 4-1 in a World Cup qualifier last night.

With the Reds playing the Hornets in the early game on Saturday, Klopp has confirmed the duo will miss the match and instead travel to meet the squad in Madrid, where they play Atletico Madrid in the Champions League on Tuesday night.

Klopp said in a press conference: “Somebody decided to give Brazil the opportunity to play last night and then somebody made the decision for us to play on Saturday at 12:30. It’s not in our hands.

“Atletico [Madrid] are not playing at the weekend and they are our next opponents in the Champions League. That would not happen here. We have known it for a while so we have decided that the boys would not be here and they would go straight to Madrid.

“Trent [Alexander-Arnold] and Diogo [Jota] are available but Thiago I do not know. It takes time and it’s disappointing so we have to wait.”

But Klopp has told Gomez to keep going, he said: “He is in top shape. It would have helped him to get called up by England if he played some games; he is an exceptional defender, but we have five exceptional centre halves.

“He just needs to continue working, get settled, find rhythm. We need all the boys, last year showed us that. They know their time will come, it is a very good position to be in.”

Watford sacked Xisco Munoz in the lead up to the international break and appointed former Leicester City boss Claudio Ranieri.

And Klopp has admitted that he doesn’t like how the Hornets hierarchy treat managers. He said: “It is harsh how Watford deal with managers. How can you be surprised they made a change?

“You learn the name of a new colleague and then they are replaced. I don’t like this. Claudio (Ranieri)’s arrival makes things difficult, but we have to play our game.”