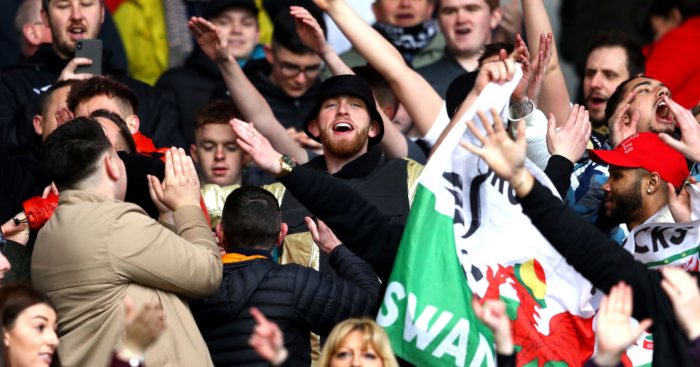 Sheffield United striker Oli McBurnie has been reminded of his responsibilities following his attendance at the south Wales derby, the Football Association has said.

McBurnie was spotted supporting his former club Swansea in the away end during their 0-0 draw at Cardiff on Sunday.

The FA were made aware of images of McBurnie that surfaced on social media after the game, and the governing body investigated claims he had made an obscene gesture to Cardiff fans.

“The FA has reminded Sheffield United‘s Oli McBurnie of his responsibilities following attendance at the EFL Championship fixture between Cardiff and Swansea yesterday,” read an FA statement.

Television pundit Gary Neville had earlier defended McBurnie on social media, saying it would be “a disgrace” were he to be charged.

“This lad has done the most normal thing I’ve seen from a footballer for a long time,” Neville wrote on Twitter.

“He goes to support his team and is pictured, filmed and ends up with this (scrutiny).”

That’s a disgrace . This lad has done the most normal thing I’ve seen from a footballer for a long time . He goes to support his team and is pictured , filmed and ends up with this . https://t.co/3FitxruGlV

The reported £20million transfer made McBurnie the most expensive signing in Blades history.

McBurnie’s show of support for his former club came after he scored the winner in a 1-0 Premier League victory for Chris Wilder’s men over West Ham on Friday.

The 23-year-old was also pictured among Swansea fans in August when the Welsh club won 3-1 at QPR in the Sky Bet Championship.