Home F365 Features The 1,000 Club: Who are the Premier League’s busiest players? 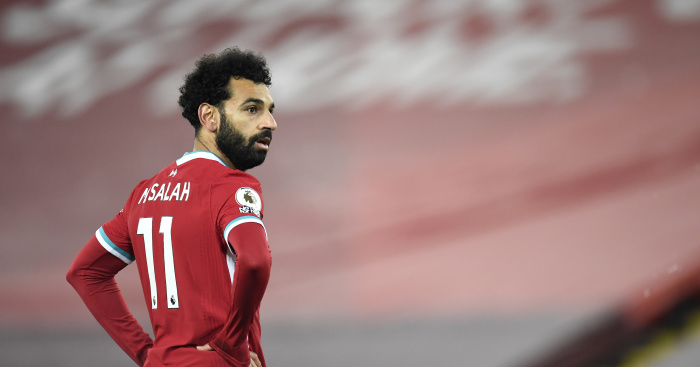 Quite simply, which players have already chalked up 1,000 minutes of club action this season? A maximum of 990 Premier League minutes means true commitment is required to get on the list at this stage. You need to have played in Europe or, heaven help us, the Carabao Cup.

The 1,000-minute club will this weekend see its ranks swelled by a load of goalkeepers, who spend most of the game just standing around, don’t they? Stealing a living, those lads. So let’s get in a week early and see which clubs have already hammered their players into the ground. All but six have at least one member of the club already.

All senior first-team action has been counted – Premier League, Carabao Cup and Europe plus the Community Shield – but not international commitments. And we’re also obviously pretending that injury time doesn’t exist because honestly we’ve all got lives to lead, frankly.

There’s a caveat here with Villa having played only nine league games thanks to a couple of postponements – first against Man City on the opening weekend and again last week against Covid-riddled Newcastle – and a few rounds of Carabao where widespread team changes are more common. That a new signing from the Championship, Ollie Watkins, has nevertheless still racked up a club-leading 920 minutes shows a) how well and quickly he has adapted to the top flight and b) that Villa really do have literally no other strikers.

Leeds have played the lowest number of games possible without a postponement, thanks to a second-round Carabao exit. Goalkeeper Illan Meslier has played all 990 Premier League minutes, while full-backs Stuart Dallas and Luke Ayling have enjoyed a luxurious nine and 20 minutes off respectively. Mateusz Klich (968) and Patrick Bamford (942) are both also on course to tick over the 1,000 barrier this weekend. Robin Koch (909) would have been tantalisingly short for a few more days even without knee knack.

Only 13 games for the Baggies thus far, and they’ve got the standard leader in the race to 1,000: Goalkeeper Sam Johnstone has played all the Premier League minutes and none of the Carabao ones. Semi Ajayi is the only outfield player to have even reached 900 thus far.

A couple of Premier League ever-presents in goalkeeper Vicente Guaita and Cheikhou Kouyate, whose impressive conversion to centre-back should get a tough test as he ticks past the 1,000-minute mark against Spurs on Sunday.

Alphonse Areola and Antonee Robinson are both on 990 thanks to Carabao exploits, having missed a game or two each in the league. Andre Zambo Anguissa is the only other player north of 900; whatever other problems Fulham may face, at least they shouldn’t all be too knackered.

Federico Fernandez has played all 900 of Newcastle’s Premier League minutes as well as a Carabao kickabout against Newport so he’s a shoo-in for 1,000 once Newcastle get back on the pitch. Jamal Lewis is only 69 minutes behind.

Aaron Ramsdale and George Baldock are 990s, but Berge has managed to sneak into four figures having played every minute in league and cup since coming off the bench for the last 14 minutes of the opening game of the season, when Sheffield United might have genuinely thought that their 2-0 defeat was nothing more than a blip. Ah, the giddy innocent days of September.

Centre-backs White and Adam Webster have missed 20 minutes of Premier League football between them. Busy fellas.

Conor Coady (990) missing a Wolves game really doesn’t sit right at all, does it? Even for 2020 it feels like a disorientating step too far.

Tomas Soucek and Lukasz Fabianski are also both on 990. That’s a lot of players racking up minutes for a team not in Europe.

Keane is a true ever-present having played every minute of Everton’s season thus far, including the Carabao. Good effort. Pickford has spent a game on the bench in each competition while Calvert-Lewin has also been a busy boy. Sat out the Carabao game against Salford but has been involved in all the rest.

Burnley really do have a threadbare squad. The startling lack of depth is ably demonstrated by having four outfield players comfortably over the 1,000-minute mark – plus Chris Wood on 997 – despite playing one Premier League game fewer than most.

That is a lot of minutes for a lot of players in a Europe-less team that went out of the Carabao at the earliest opportunity. McCarthy and the WP brothers J and K are all ever-present in all competitions. A resurgent Romeu has been involved in every game, as has Adams.

All five of Leicester’s outfield 1,000-minuters played in Thursday’s Europa League win over AEK. Jonny Evans, Dennis Praet, Jamie Vardy and Christian Fuchs could all be in after the weekend.

None of Arsenal’s busy band of 1,000-minuters were involved in the deadest of dead Europa League rubbers on Thursday night, but a few of those bubbling under were. Nicolas Pepe, Mo Elneny and Dani Ceballos are all now within one match of 1,000 minutes, as is Furious Rob Holding.

Phil Foden will join the gang soon. He’s sitting on 968 minutes, having been involved in all 18 matchday squads. Fair to say those concerns about him not getting his chance at City are long gone. Have only played 10 Premier League games after getting extra time off for European commitments.

Like City, have played a game fewer than most in the Premier League, making Maguire’s minutes tally all the more impressive and also perhaps explaining why Marcos Rojo, Phil Jones and Sergio Romero are all still inexplicably stuck on zero minutes.

It’s not just that eight is a lot, it’s that so many are so far over our arbitrary benchmark. Joe Gomez is on 979 despite his injury. Diogo Jota is on 970. Mohamed Salah playing against Midtjylland this week was pure daftness.

Fantastic effort from Edouard Mendy given he didn’t even join Chelsea until two weeks after the season began – his overall season total is actually 1,260 thanks to sneaking in one last Ligue Un game before his move. Has still conceded more goals in one penalty shootout (six) than in the rest of his 13-game Chelsea career (four). Reece James is just seven minutes shy of becoming the ninth Chelsea player in the 1,000 club.

The league leaders really have played an awful lot of football. Those three extra Europa qualifiers mean Spurs have played the most matches of anyone this season, racking up 21 games despite getting a Carabao third-round bye against Leyton Orient. Not hard to see why Hojbjerg was finally given a rest for the Antwerp game on Thursday night; harder to see why Kane and Son were brought on for the last half-hour of a game Spurs were leading having already qualified. Shout outs to Davies, Sanchez and Doherty for all being over 1,000 despite not currently appearing to be in Jose Mourinho’s first-choice XI. Toby Alderweireld, Sergio Reguilon, Tanguy Ndombele and Lucas Moura could all join the four-figure gang on Sunday. In all, 17 Spurs players have already got at least 700 minutes of club football in their legs this season.