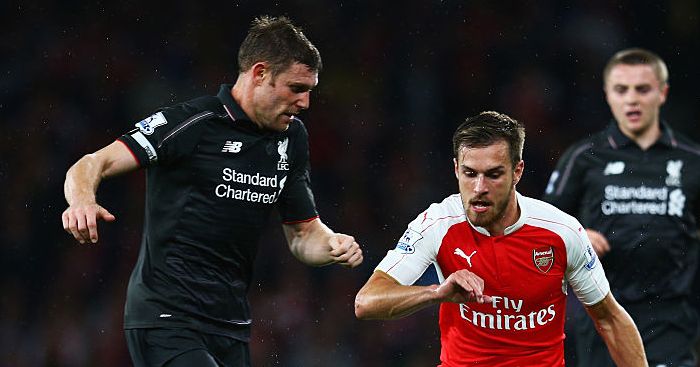 11. Brad Friedel (29)
It’s hard to believe that the USA keeper couldn’t shift David James or Sander Westerveld during three years at Liverpool but Friedel was still developing when he joined Blackburn on a free as a 29-year-old.

In eight years at Rovers, he showed Liverpool exactly what he was capable of, with consistently rock-solid performances and the odd display of brilliance. Gordon Strachan said of one performance: “He must’ve got changed in a phonebox because he looked like Superman.” He eventually left Blackburn in 2008 during Paul Ince’s reign, showing yet further sound judgement.

10. Phillip Cocu (27)
The versatile Dutchman rejected Real Madrid, Atletico, Juventus, Inter and Lazio when he left PSV on a free, opting to join half of the Holland team at Barca. Michael Reiziger, Frank de Boer, Patrick Kluivert, Boudewijn Zenden, Ronald de Boer and Winston Bogarde were all playing under Louis van Gaal at the Nou Camp.

But Cocu stayed longest, with the midfielder breaking Barca’s appearance record for a foreign player – one he retained until Lionel Messi rocked up. The then-34-year-old returned in 2004 to PSV, where he won three Eredivisie titles in six years. He is now being linked with Derby and Newcastle after leaving Fenerbahce last year.

9. Adrien Rabiot (24)
There is more than a semblance of doubt – how can there not be when his last game was in December and his attitude has proven too much for even a Neymar-excusing PSG? – but Juventus have landed a potential bargain in Adrien Rabiot.

Rabiot would do well to keep such company. His 18 trophies in France tell barely half the story: his situation as a “hostage” in Paris was at least partially self-inflicted. If Juve can harness his talents, they have a potential star.

8. Michael Ballack (29)
Another one Manchester United missed out on, Ballack rejected most of Europe’s big hitters in 2006 to sign a three-year deal at Chelsea following the expiry of his contract at Bayern Munich. “Chelsea is very happy and we think English football should be very happy Ballack plays for Chelsea and plays in the Premiership,” said Jose Mourinho, knowing full well it doesn’t work like that.

Ballack stayed for a further year beyond those original terms, winning everything there is to win domestically. There will always be the 2007-08 season, though, when Ballack finished as a runner-up in the Premier League, League Cup, Champions League and Euro 2008. Only six years earlier he came second in the Bundesliga, DFB-Pokal, Champions League and World Cup. Poor fella.

7. Esteban Cambiasso (23)
Florentino Perez’s desire to build a Real Madrid team of ‘Zidanes y Pavones’ meant Cambiasso’s days at the Bernabeu were numbered: “Already in the first team, the politics of the moment meant that most of the side were made up of academy players and galacticos, and I wasn’t either of those. Claude Makelele was the same. He was not considered until he left. We are players who do a lot of work for a team and when we leave, it shows.”

But Real’s loss was Inter’s gain. The Argentina workhorse won five Serie A titles and the Champions League in ten years with the Nerazzurri.

6. Aaron Ramsey (28)
Football’s new trendsetter is Arsenal’s latest mistake. The club hamstrung themselves with Mesut Ozil’s inflated wage in more ways than one, and have been reaping what they sowed ever since.

Ramsey scored 64 goals in 369 appearances for the Gunners, netting in two of their three FA Cup final wins. His Champions League experience stretches to 43 games – although none beyond the last-16 stage – and a Euro 2016 semi-final berth with Wales is testament to his international pedigree. And that kit looks bloody good on him.

5. James Milner (29)
“All the boys did it. They are all very important,” said Jurgen Klopp last month, eager to share plaudits that are generally reserved for Virgil van Dijk, Alisson or Liverpool’s front three. “Without Millie’s dressing room talks before the games, with a non-native manager, I think it would not have been possible.”

There can be no greater honour for a 29-year-old who was seemingly trading guaranteed success with Manchester City for more opportunities as a central midfielder at Liverpool in 2015. He could hardly have expected to play a full season at left-back while filling in on the right-hand side, but Milner is nothing if not a versatile, willing donkey. One with a Champions League winner’s medal and the record for most assists in a single campaign in the competition, mind.

4. Steve McManaman (27)
The Liverpool winger was the first English player to capitalise on the Bosman ruling, agreeing to join Real Madrid in 1999 on a four-year deal worth around £50,000 a week.

“This is a chance to test myself in a top European league,” said the then-27-year-old winger. He won eight trophies and played in 11 cup finals in four years before returning to Manchester City, where he is remembered rather less fondly.

3. Luis Enrique (26)
While history is littered with players who have joined Real Madrid directly from Barcelona – think the pig-headed Luis Figo, Michael Laudrup and Bernd Schuster – the opposite path is not as well-trodden. Three men have been brave enough to cross the divide without first stopping elsewhere. Luis Enrique was the latest more than two decades ago.

The midfielder told a press conference that he had “completed a cycle” at Real, which encapsulated 213 games, 18 goals and a La Liga title. But Enrique was never particularly popular in the capital, one of many victims of the club’s hostile support.

Not even his wild celebrations after scoring against Barca in a 5-0 win at the Bernabeu in January 1995 endeared him to the fanbase. By summer 1996, Real promised Enrique that he “wouldn’t be booed” now Fabio Capello was in charge, but his mind was made up.

The initial hesitation and distrust he was met with at Barca was understandable and soon eradicated in precisely the same way it was established. He scored his first of five El Clasico goals against Real at the Bernabeu in November 1997 and refused to hide his delight. “I do not care what these people think,” he added after the game, having boiled rather a lot of Los Blancos piss en-route to his first of two La Liga titles and seven trophies in eight years at the Nou Camp.

2. Robert Lewandowski (25)
The Poland striker recovered from the crushing blow of being denied a move to Sam Allardyce’s Blackburn by a volcanic ash cloud to tear up the Bundesliga with Borussia Dortmund. So, of course, Bayern Munich wanted him.

Having paid Mario Gotze’s release clause in 2013, Bayern quickly turned their attention to Lewandowski. By the time the move was confirmed in January 2014, it was already the game’s worst-kept secret. The centre-forward became even more potent at Bayern, scoring 191 goals in 242 games in five seasons so far.

1. Sol Campbell (26)
Reporters who had gathered at an Arsenal press conference in July 2001 supposedly to unveil Richard Wright got quite the shock when Sol Campbell strolled into the room. The former Tottenham defender had crossed the north London divide in exchange for a four-year contract worth around £100,000 a week.

“I’ve made my decision and I just hope people respect it,” said Campbell, apparently with a straight face. He still can’t believe he wasn’t invited back for the Farewell to the Lane bash in May 2017. Probably for the best, Sol…