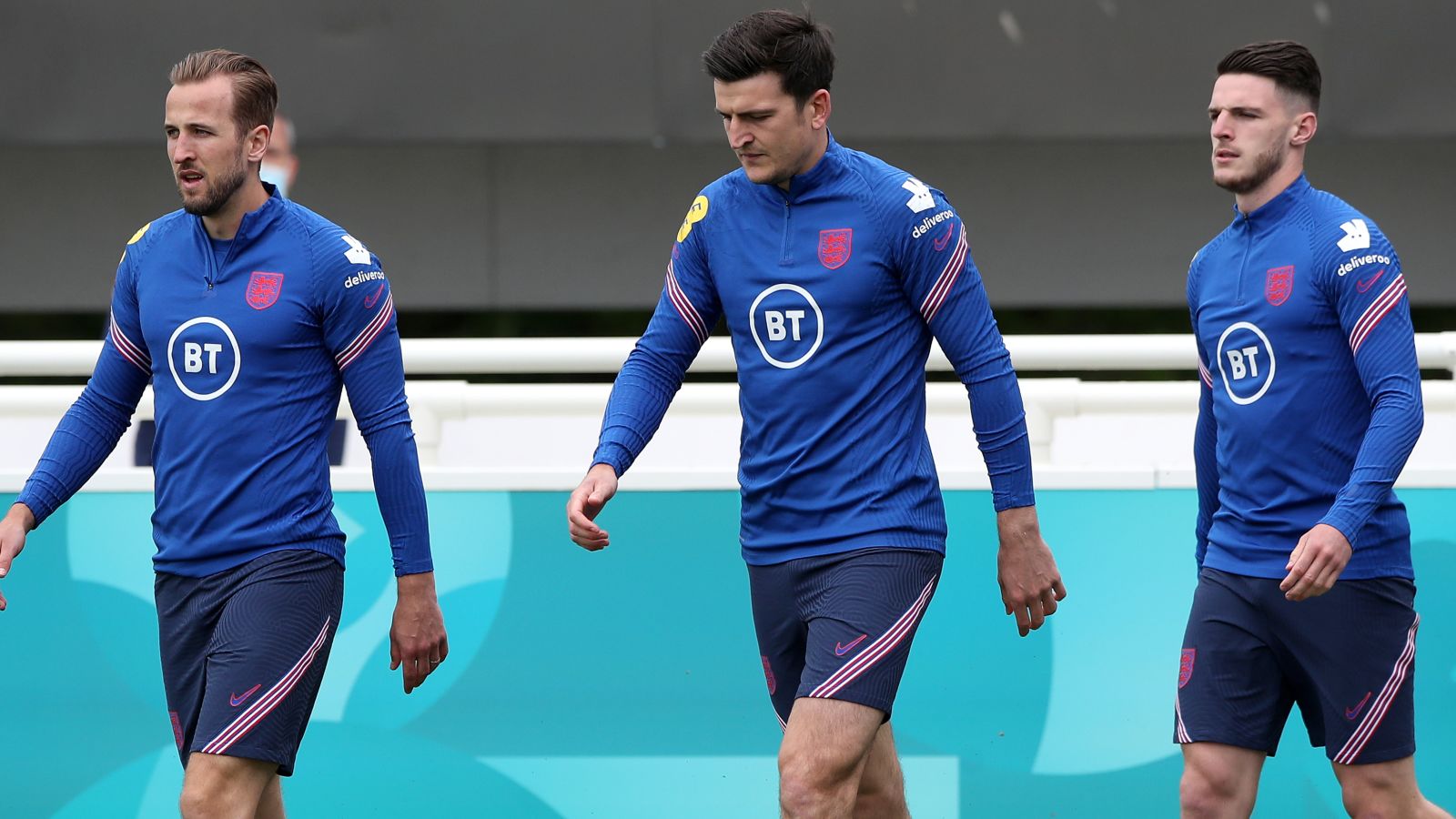 Gareth Southgate has already confirmed he will make further changes to what was already a fairly experimental England side against Switzerland when they play their second Very Important Friendly of the interlull against Ivory Coast on Tuesday night. Look it’s right here.

“We’ll make changes. We think that’s the right thing to do.

“We want to keep all of the squad involved. I think that has been a strength for us. Players who come in perform well at the level and the team march on.

“They need to feel that we’ve got the confidence in them to go into any game and we’re also at a stage of the season where their load is heavy and we’ve got to make sure we try and navigate that in the best way possible.”

See? So let’s have a look at that workload then, focusing on the 14 Englishmen who have racked up over 3000 minutes of action for club and country so far this season…

14) Conor Gallagher (Crystal Palace) – 3027 minutes
Have we included England Under-21 minutes just to get the one vaguely new and interesting element of Saturday’s game into our list? We prefer not to speak, but suffice to say if there was a way we could get Will Smith and Chris Rock onto this list we’d have done it. International weeks are hard enough to get those precious, precious clicks without Hollywood getting involved. If you look closely, you’ll see we have now managed to get Will Smith and Chris Rock into this – twice – in an outrageous cake-and-eat-it manoeuvre, which doesn’t leave us any room to talk about Gallagher. Which is a shame, because we’re huge fans of everything about Palace’s excitable midfield puppy. We hope they get to keep him frankly and he doesn’t have to go back to the pound (Chelsea).

12) Jarrod Bowen (West Ham) – 3103 minutes
The first of three West Ham players on this list and the first of only two uncapped players. They both play for West Ham. Bowen, sadly for everyone, is now – perhaps unsurprisingly given his workload – injured. A blow for West Ham at a crucial and busy time of a season that could yet go one of two ways, and a particularly cruel blow for the player himself. Mainly because it denies him the chance to edge further up this very important list, and also a little bit because he might not still be uncapped were he fit and available right now.

10) Mason Mount (Chelsea) – 3171 minutes
We’re big fans of Mount here – probably not quite as big as Southgate, but still fans – but there’s no denying it’s quite funny that five of his eight Premier League goals and three of his seven Premier League assists this season have come in three games against Norwich and Watford.

9) Jordan Henderson (Liverpool) – 3230 minutes
Has accumulated those minutes over the highest number of individual appearances this season, remaining a solid and dependable Mr Fixit for club and country alike, no surprise to see him handed the task of guiding Conor Gallagher through the Switzerland game on Saturday night like a proud and kindly yet stern father.

8) Craig Dawson (West Ham) – 3243 minutes
A second uncapped West Ham player makes the list and, with all due respect and with due acknowledgement of his sterling work at the London Stadium, we think this one will remain that way. That said, we spent years insisting the same thing about Conor Coady so what do we know? Only one other club has two players on this list; West Ham have three, two of whom haven’t even got any international minutes adding to the tally. We’re pretty confident you can guess the last one. No cheating, no scrolling. It’s not a trick question. Unlike these first two, he has played for England. Quite a lot.

7) Harry Maguire (Manchester United) – 3284 minutes
Has spent almost the entire season as a figure of fun and mockery yet throughout it all remains for better or worse a first-choice starter for both (huge) club and country. And yet surely you feel some decisions are going to have to be made at some point. Gareth Southgate, for one, does not sound like a man about to lose the faith.

6) Trent Alexander-Arnold (Liverpool) – 3328 minutes
Imagine what his tally might be if Gareth Southgate rated him. Does make you think that his injury might not be entirely Gabriel Martinelli’s fault after all.

4) Conor Coady (Wolves) – 3399 minutes
It says a lot about Coady that our first instinct upon seeing the name of a player with no European football in fourth place on this list with nearly 3,500 minutes under his belt provokes a “F***, that’s low” in response. The lazy sod has missed 21 whole minutes of first-team action for Wolves this season, and played four full 90s for England. In all he has now featured in 143 of Wolves’ 144 league games since returning to the top flight. Has also decided these days that he’s going to score the odd goal as well as playing absolutely all the minutes – quadrupling his Premier League tally this season – and fair play to him for that.

3) Marc Guehi (Crystal Palace) – 3433 minutes
Like Gallagher, there are some Under-21 minutes in here. Even if including them is a bit dodgepot, it’s been a proper breakthrough season for Guehi. As well as making his full international debut he’s played over 2500 minutes of Premier League football this season having never previously kicked a ball in the top flight.

2) Harry Kane (Tottenham) – 3855 minutes
A mad amount of football for a man who didn’t even bother with the first couple of games this season. That unpleasantness is all behind him now, of course, and definitely won’t happen again this August. Has also played nearly all the games for England this season in a staggeringly successful bid to bring Wayne Rooney’s goalscoring record firmly within range, while Antonio Conte is entirely unwilling to countenance the very idea of picking a Tottenham team without him. Has started every Premier League game since missing all and most respectively of the season-opening 1-0 wins over Manchester City and Wolves while in a transfer huff, and has played 90 minutes in all but one of those subsequent 27 appearances. Played every minute of the run to the Carabao semi-finals and Spurs couldn’t even get past Morecambe without him in the FA Cup. He even played five Europa Conference games. Somehow has yet to pick up his now long overdue annual ankle injury. Conte may well resign on the spot when he does. And he is still underrated.

1) Declan Rice (West Ham) – 3867 minutes
It’s no longer the hottest of takes to suggest he’s England’s best or at the very least most important player, is it? Certainly, England looked far better for his introduction in the second half of the Switzerland friendly. And his status as most important player for his club is absolutely not in doubt. There are many reasons for West Ham’s recent renaissance but none bigger than Rice’s development toward greatness. He’s missed only two of the Hammers’ 30 Premier League games this season, playing a full 90 in the other 28. He’s also got 540 minutes of Europa League action under his belt – including all 210 minutes of the epic Sevilla tie – and 344 in domestic cup competitions. You can see why Southgate gave him a bit of a rest on Saturday night, and another reminder of just how very much football West Ham have played this season with a relatively small squad. There will be some very weary Hammers come May.