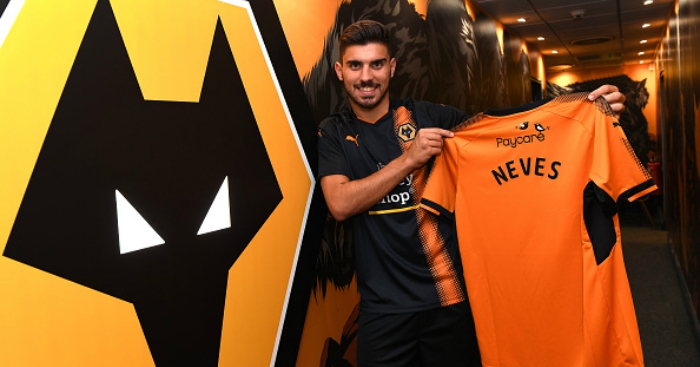 15= Jordan Rhodes (Huddersfield to Blackburn, £8million)
Having scored 87 goals in 148 games across just over three seasons at Huddersfield, Jordan Rhodes finally earned his big move in the summer of 2012 – to fellow Championship side Blackburn. In the subsequent years, the striker would become something of a second-tier hot potato.

15= James Chester (West Brom to Aston Villa, £8million)
It must have killed Tony Pulis to let a tall centre-half escape his clutches, but he did just that when shipping James Chester off across the West Midlands to newly-relegated Aston Villa in 2016.

15= Matej Vydra (Watford to Derby, £8million)
Matej Vydra scored 22 goals in the 2012/13 Championship season as Watford were defeated in the play-off final, before the striker returned to fire them to automatic glory with 16 goals two season later. His Premier League return is rather less handsome, but Derby won’t mind if he eventually helps them get there.

15= Alex Pritchard (Tottenham to Norwich, £8million)
“I couldn’t wait to get out of there,” said Alex Pritchard upon escaping Tottenham in summer 2016. “They just never gave me a chance,” he would add. It was Norwich who provided him a route out of north London, and the diminutive midfielder has been a delight to watch at Carrow Road since.

11= Andre Gray (Brentford to Burnley, £9million)
Burnley have broken their transfer record three times since summer 2016, but when Andre Gray joined in August 2015, he finally dislodged Steven Fletcher who had reigned as the club’s record signing for six long years. Gray will be one of many players hoping to improve this season, mind.

11= Scott Hogan (Brentford to Aston Villa, £9million)
Some reports claim it was £12million; others suggest the fee was as high as £15million. But £9million appears to be the most reliable figure bandied about for Aston Villa’s purchase of Scott Hogan in January 2017. What do they feed their strikers at Brentford?

11= Jordan Rhodes (Blackburn to Middlesbrough, £9million)
You remember Jordan Rhodes, the hot potato of the second tier? The striker spent just over three seasons at Huddersfield, and followed that up with three-and-a-half at Ewood Park, where he scored 85 goals in 169 games.

8= Jordan Rhodes (Middlesbrough to Sheffield Wednesday, £10million)
And then he packed his bags once more and headed to Sheffield Wednesday. Rhodes joined the club’s promotion push in January 2017 on loan before the deal was made permanent this summer. He has accrued a combined £27.3million worth of transfer fees in his career, and has played just six games in a top division. Good effort.

8= Dwight Gayle (Crystal Palace to Newcastle, £10million)
Few would argue that Newcastle’s £10million outlay on Dwight Gayle was not money well spent in summer 2016. He scored 23 goals in his debut season last campaign, 20 of which came by January 14. His goal in an embarrassing defeat or draw for Liverpool this coming season is highly anticipated.

6= Jonathan Kodjia (Bristol City to Aston Villa, £11million)
Jonathan Kodjia will now forever be remembered as the great man who honoured the legend of John Terry as best as anyone: by bestowing his shirt number of 26 upon the new Aston Villa signing. The striker scored 19 goals in his first season at Villa Park, which is a decent return.

6= Ross McCormack (Leeds to Fulham, £11million)
West Ham, as they do, tried and failed to sign the striker the previous January, but Ross McCormack finally found his way out of Elland Road when relegated Fulham came calling in summer 2014. The forward had finished the previous season as the Championship’s top goalscorer, but subsequently handed in a transfer request.

4= Ross McCormack (Fulham to Aston Villa, £12million)
McCormack is, of course, no stranger to moves. His stay at Fulham lasted just two years as Aston Villa, just as the Cottagers had, made the striker their biggest signing in the summer after Premier League relegation. The 30-year-old was dropped by January for, according to Steve Bruce, “continually missing training”. Lovely.

4= Matt Ritchie (Bournemouth to Newcastle, £12million)
Most clubs go on something of a spending spree when they suffer relegation from the Premier League. Newcastle managed to spend a whopping £57million when they dropped to the second tier, which was more than a handful of top-flight clubs that same summer. Bournemouth winger Matt Ritchie was the most expensive of all.

2. Helder Costa (Benfica to Wolves, £12.8million)
Poor Helder Costa might have helped dismantle an amateurish Liverpool defence in the FA Cup in January, but the Wolves winger failed to make our list of the ten best Championship players in March. His loan deal was made permanent in January in what has proved to the busiest of years at the Molineux.

1. Ruben Neves (Porto to Wolves, £15.8million)
Indeed, before summer 2016 Wolves’ transfer record outlay was the £7million spent on Roger Johnson in July 2011. Ivan Caleiro then arrived for a little over that fee 12 months ago, while Costa’s move was made permanent in January. All were trumped by Ruben Neves, once captain of Porto in a Champions League fixture, when he signed on the dotted line this past week. All hail Jorge Mendes.