Home Arsenal The 17 most expensive stars ever in cumulative fees 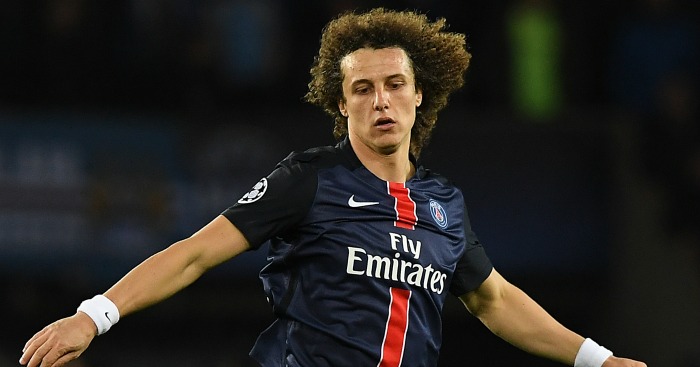 All figures are taken from transfermarkt, so blame them if you find any mistakes. But don’t, because we quite like them. The clubs in brackets are permanent only, no loans.

17. Fernando Torres (£84.58m: Atletico Madrid, Liverpool, Chelsea, Milan, Atletico Madrid)
Including loans, Fernando Torres has changed clubs six times throughout his career. Two of those moves have been temporary – Chelsea to AC Milan, and AC Milan to Atletico Madrid – and his latest, a permanent return to his boyhood club in Spain, was a free transfer. The other three transfers reach a cumulative £84.58m in fees, ranging from his initial £20m Liverpool move, to his one-time British record £50m switch to Chelsea.

16. Ronaldo (£85.83m: Sao Cristovao, Cruzeiro, PSV, Barcelona, Inter Milan, Real Madrid, AC Milan, Corinthians)
How many times have you broken the world-record transfer fee for a footballer? That’s right, none. You failure. You should be embarrassed. Forty-two players have been the subject of the most expensive transfers ever; only two players in the history of the game have done it twice. One is Diego Maradona, and the other is that lovely buck-toothed Brazilian whose knees robbed us of one of the finest talents we have ever seen. His move from PSV to Barcelona for £13.2m broke the four-year record of Gianluigi Lentini in 1996. A year later, his £19.5m move to Inter dethroned Alan Shearer. And aside from those two moves, Real Madrid signed him in 2002 for £28m. What a beautiful man.

15. Radamel Falcao (£87.58m: River Plate, Porto, Atletico Madrid, Monaco)
It is easy to forget just how devastating a striker Falcao was in his prime. Once Europe’s leading marksman, the Colombian scored 155 goals in 200 games from his move to Porto in 2009 until his departure from Monaco in 2015. Within two years from 2011, he moved for some of the money from Porto to Atletico Madrid, then all of the money from Atletico to Monaco. And those loan fees to both Manchester United and Chelsea hardly cost pocket change.

14. Robbie Keane (£88.27m: Wolves, Coventry, Inter, Leeds, Spurs, Liverpool, Spurs, LA Galaxy)
Yes, Robbie Keane is a more expensive delicacy than Radamel Falcao. On the seven separate occasions in which the Republic of Ireland’s record goalscorer moved clubs permanently, he has attracted a fee. The lowest was the £3m LA Galaxy paid to bring him to the United States in 2011. The highest was the hilarious £20m Liverpool parted with to essentially loan him from Tottenham for six months. He is officially the second-most expensive player from either the United Kingdom or the Republic of Ireland in the history of football. Drink that in.

13. Paul Pogba (£89.3m: Manchester United, Juventus, Manchester United)
You might have heard of this guy. Some players on this list have had 12 clubs, some have had fewer, but only a select trio have had just three. It does not take a rocket scientist to decipher the correlation between Pogba, Cristiano Ronaldo and Gareth Bale. The new most-expensive footballer on the planet is lifted directly onto this list courtesy of the gargantuan £89.3m fee it cost to prise him from Turin. If he ever leaves Manchester United, expect him to move even further up.

12. Cristiano Ronaldo (£94.78m: Sporting Lisbon, Manchester United, Real Madrid)
The second of only four players who would qualify for this list on one transfer alone, Ronaldo’s total is obviously boosted by his £80m switch from Manchester United to Real Madrid seven years ago. That move broke the then-world-record fee – the £56m paid by Real for Kaka less than a month earlier – by a full £24m. Add the initial £14m fee United paid to pluck him from Portugal six years before, and the 31-year-old takes his place on the list.

11. David Luiz (£96.48m: Vitoria, Benfica, Chelsea, PSG, Chelsea)
The highest new entry after the 2016 summer transfer window, and also the most-expensive defender of all time in cumulative fees. Considering the next player on that particular list is Rio Ferdinand (£61.2m in cumulative fees), the Brazilian’s place is pretty secure for some time. Depending on who you believe, Luiz cost PSG either £40m or £50m in summer 2014, but two short years of batsh*t-madness later, his valuation has hardly dropped. In more surprising news, he is now 29.

10. Gareth Bale (£98.35m: Southampton, Tottenham, Real Madrid)
Much disagreement surrounds the actual fee paid by Real Madrid to sign Gareth Bale from Tottenham in 2013, with Ronaldo’s ego perceived to need protecting. But £86m is a figure accepted widely enough, and it takes the Welshman into the top ten, and past his teammate. Similarly to Bale, his cumulative transfer fee is boosted by his first move, when he joined Tottenham from Southampton in 2007. It was not until Harry Redknapp came to White Hart Lane that this left-back who could not win a single Premier League game was transformed into a top, top, top player.

8. Luis Suarez (£99.04m: Nacional, Groningen, Ajax, Liverpool, Barcelona)
Had Luis Suarez not developed a particular taste for the delightful combination of human flesh and racism, it is highly likely that the Uruguayan would find a loftier place on this list. He has scored 155 goals in his last 177 games for Liverpool and Barcelona, and his £65m move to the latter in 2014 is the fifth-most expensive single transfer ever made. A briefer than brief stint as the record signing at Anfield preceded that, while we would be loathe to forget the £680,000 Groningen parted with to sign him from his native Nacional in 2006.

7. Hernan Crespo (£101.38m: River Plate, Parma, Lazio, Inter, Chelsea, Inter, Genoa)
The first man to ever surpass the £100m mark in cumulative transfer fees, Crespo got his business done relatively early. The striker retired in 2012 after a successful career but, between loan moves and free transfers, his last official transfer figure was the £16.8m Chelsea paid to sign him in 2003. Three years earlier, Lazio made him the most expensive player in history when purchasing him from Parma.

6. Nicolas Anelka (£108.26m: PSG, Arsenal, Real Madrid, PSG, Manchester City, Fenerbahce, Bolton, Chelsea, Shanghai Shenhua, Juventus, West Brom, Mumbai City)
Has anyone ever stopped to just consider ‘Le Sulk’ as a nickname? It’s terrible and childish. Grow up. Anyway, The Sulk has long been a staple of cumulative transfer fee rundowns, with his 12 permanent moves helping him break the £100m barrier long ago. Only Anelka could move from PSG to Arsenal (£500k) to Real Madrid (£22.3m) and back to PSG (£22m) within the space of three years, all while scoring 35 goals in 121 appearances. Subsequent moves to Manchester City, Fenerbahce, Bolton and Chelsea have boosted his total.

5. James Rodriguez (£108.49m: Envigado, Banfield, Porto, Monaco, Real Madrid)
At just 25, James Rodriguez was once the youngest player on this list by at least two years. Pogba’s arrival trumps him on that front, but the Colombian has racked up more in cumulative fees, and is still one of only six to still be in their 20s. He owes much of his cumulative transfer fee to the £63m Real Madrid handed Monaco in a World Cup-induced haze in 2014, but his move to the one-time cash-rich French principality also boosts his total. He was also the subject of a £71m offer from an unnamed club this very summer, which would have propelled him to the top of this list.

4. Hulk (£110.33m: Vitoria, Kawasaki Frontale, Tokyo Verdy, Porto, Zenit St Petersburg, Shanghai SIPG)
The guy with the funny nickname. That bloke with the massive arse. That fella who takes really powerful free-kicks. That man perennially linked with a move to the Premier League. Without having ever played in any of Europe’s top five leagues, the individual named after a comic book character has accumulated the fourth highest cumulative transfer fee in football history. Once the flashy toy of Russian powerhouse Zenit, the 30-year-old became the burgeoning Chinese Super League’s most expensive player earlier this summer when he fully embraced his role as costly plaything. He earns well over £300,000 a week in Asia. Do with that information what you will.

3. Gonzalo Higuain (£119.85m: River Plate, Real Madrid, Napoli, Juventus)
The original inspiration behind this very list; the 28-year-old Gonzalo Higuain completed his £76m move to Juventus this summer. Did Napoli really expect to more than double the initial £34m investment they made on the striker three years ago? Probably not. But The Old Lady believe the Argentinean can fire them to Champions League glory. Good luck to them. Combined with the near £10m Real Madrid paid to River Plate in 2007, Higuain really has been an expensive little boy.

2. Zlatan Ibrahimovic (£143.74m: Malmo, Ajax, Juventus, Inter, Barcelona, AC Milan, PSG, Manchester United)
His latest transfer may have been free – and is a bone of contention among two of our writers – but Zlatan Ibrahimovic is used to rather more grandiose fees to match his reputation and character. Barcelona saw him as worth £59m – or £35m, a Samuel Eto’o and an Aleksandr Hleb – in 2009, while all of Ajax, Juventus, Inter Milan, AC Milan and PSG felt him worthy of sizable transfer fees in the past. It would take a brave man to reject the idea of the 34-year-old commanding a fee even now.

1. Angel di Maria (£152.15m: Rosario Central, Benfica, Real Madrid, Manchester United, PSG)
If we’re being honest, Manchester United signed Paul Pogba for one reason, and one reason only: They wanted everyone to forget about Angel di Maria. The £59.7m they paid Real Madrid for the winger’s services in 2014 was a British record, and had stood the test of these ridiculous transfer times. Pogba has finally removed the crown atop his head, but let us not forget his struggles at Old Trafford. One year and countless disappointments later, PSG came to his rescue to the tune of a lot of money. Oh, and Real bagged him for well over £20m from Benfica in 2010. Is it any wonder that the most expensive footballer ever in cumulative transfer fees has an agent by the name of Jorge Mendes?