Home Johnny Nic The 2010s: Stats, podcasts and the coitus interruptus of VAR 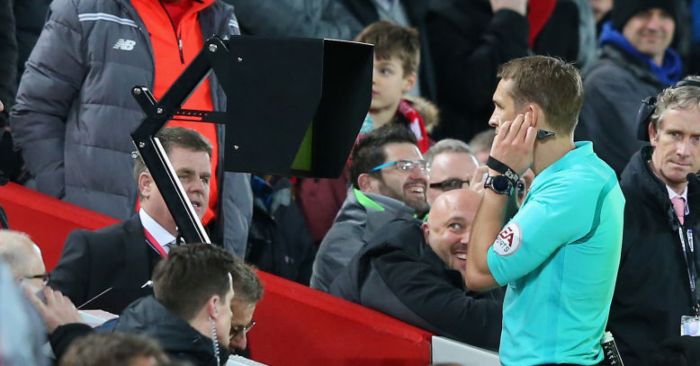 In this, the second of a three-part series, John Nicholson discusses more of the changes football has experienced this decade. Part one is right here…

Another huge change in the last decade is the exponential growth of the stats industry. Stats are now one of the major prisms through which football is seen in a way that was never the case previously. They are part of the entertainment and understanding. Across the last decade, more and more began to obsess over numbers and unearth truths from them. The blooming of statistical analysis in ever more drilled-down detail is a huge development which managers and players have all been sucked into. Everyone knows how far they’ve run, how many sprints they’ve performed, how many passes completed and how many tackles successfully made. Perhaps the development of xG is the apotheosis of stat culture but I think we’ve got further and deeper to go yet. The stat motherlode remains replete.

While stat culture was around in 2010, it has massively expanded with the growth of football media and the notion that if you look at each individual dot, you will get a greater understanding of what makes the bigger picture. Whether this is true or not for a game which is so intricately interwoven with, and dictated by, the unpredictable inconsistency of human behaviour, is less clear. However, stats are huge fun and it’s impossible not to enjoy the likes of Michael Cox and Duncan Alexander dropping statistical deep cuts into any debate. Whether stat culture is a new brain in the football body politic, or a carbuncle on the face of a much-loved friend, is one the history books will decide.

These ten years have seen the growth of podcast culture and that’s been a wholly positive thing with many of football’s most interesting non-players to be found giving voice to opinions drawn from deep knowledge. Football thought has never painted with more colours of the rainbow and that is hugely positive.

It’s been interesting to note across the decade that attendance for games throughout the pyramid have remained substantial. This isn’t down to the Premier League being brilliant, as the Premier League would claim, but because football is simply really popular per se, at all levels. Always was and it still is, regardless of the brand name at the top of the table. Corporate marketing might try and steal our passion but it’s ours, not theirs.

We are living through a decade of shortening attention spans – or at least we’re told we are – yet long-form entertainment such as box-set binging, computer games, musical theatre shows, live gigs and even visits to museums, are at all-time highs. Sales of children’s books are even at some sort of peak, all of which suggests that not everyone has a butterfly mind quite yet. So maybe it is not surprising that even fifth-tier games still get a couple of thousand people through the turnstiles and Sunderland, in the third tier, can pull 41,000 to watch an hour and a half of their lumpen attempts to play Association Football. Football remains the only long-form leisure activity we will watch week in, week out, regardless of quality. We’re often told more and more people just want clips and two-minute highlights on their phone and not full games. Maybe they do but there were around 34 million attendances (not 34 million people) to games in 2018-19, so many are still in love with the 90-minute experience.

It’s been suggested that in recent years the split between TV football watchers and go-to-the-game fans has become wider, the cultural difference between them more profound. It is certainly a massively different experience and going to a game even at amateur levels has eternal pleasures that TV will never provide. Football as a live experience has always been part of our community and cultural identity, part of the fabric and architecture of our everyday lives. That’s why it persists and why it remains important to so many. It is no mere product to sell in the marketplace like so many tins of beans.

But it is television that has caused the biggest, most profound change to the game in the last decade: VAR. VAR wouldn’t exist without TV. It is a TV phenomenon. This is why it can’t be used in lower-league football and has thus fractured the once unified game. The ceaseless moaning (or scapegoating) by managers, players and intolerant TV viewers about wrong decisions, along with ever more huge amounts of money being at stake (even though the football goose that laid the golden eggs did so without it being checked by VAR, so why change the very nature of the game and risk it laying a lot less golden eggs?) made its introduction inevitable.

Many hate it, a few love it, some think it can work if certain laws are changed and blah blah feckin’ blah. The VAR chat is now more draining and distracting than the actual football. I was always philosophically against it. Even if it worked perfectly, which it never can, I’d still be against it. Sport is a human endeavour, an expression of our nature. You try and do your best in real-time but accept sometimes you will fail. We have sacrificed that principle to VAR and no good will ever come of it. VAR will kill that which made football popular. The football orgasm when a goal is scored is suffering from coitus interruptus.

The potential for human error is the grit that makes football’s pearl; take away the grit and you lose that which is most precious. But, as I have written in the past, this is not a division based on sport, it is a division based on who we philosophically are as individuals – on our mental chemistry. If you like things correct, precise and proper and can’t accept mistakes, you’re in favour of armpits being called offside even if it takes three minutes to decide. Getting it right is EVERYTHING.

But if you tune up a guitar by ear, give the drummer a big grin as he shouts at you to hurry the feck up, take a hit of vodka and declare ‘yeah, that’s close enough for rock ‘n’ roll, man’ then you find such decisions belong to the mentality of The Man and that’s why you reject them totally, instinctively and spiritually.

And this is why the debates will never cease. We are each trying to make the other into someone we’re not. One is saying live a quiet, safe and tidy life in the middle of the road; one is veering into the gutter, a bottle of Jack on the dashboard as someone reads excerpts from the Electric Kool-Aid Acid Test from the backseat, while Captain Beyond’s first album is playing on 10. We are two breeds apart, living life in two different ways. Of course we don’t agree. It would be weird if we did.

People say VAR is here to stay. I’m not so sure. When the paying public are chanting anti-VAR obscenities within grounds, when high-profile pundits are withering in their critique of it and many of the decisions arrived at via VAR are still considered mistakes, I’m not sure it can withstand that amount of persistent collective negativity for long. It could easily be quietly taken out the back and put to sleep this summer and would anyone feel life was worse for it?

John Nicholson – part three will be along tomorrow