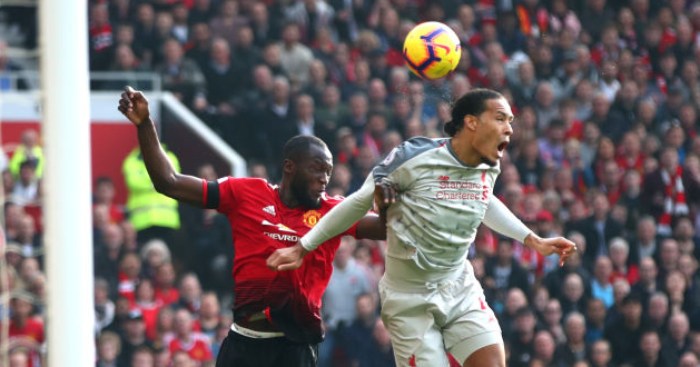 25= Wayne Rooney (Everton to Manchester United, £27million, August 2004)
Manchester United paid Everton an initial £20million for the services of a wondrous teenage Wayne Rooney in summer 2004. The rest of his eventual fee was made up of ‘a complicated system of bonus payments which will relate to United’s success as a team’. The club’s captain and record goalscorer left 13 years later with 12 trophies (and four Community Shields) to his name; he probably met the criteria for those bonus payments.

25= Luke Shaw (Southampton to Manchester United, £27million, June 2014)
It’s been a curious Manchester United career for Shaw, blighted by serious injury and Jose being Jose, before he emerged as the shiniest turd at the club in a disastrous season.

24. Marouane Fellaini (Everton to Manchester United, £27.5million, September 2013)
Let it never be forgotten that Manchester United signed Marouane Fellaini for £27.5million in September 2013, despite the Belgian having a £23.5million release clause inserted into his Everton contract that expired by the end of July. Still it isn’t as if David Moyes could have possibly known such intricate details…

22= Romelu Lukaku (Chelsea to Everton, £28million, July 2014)
Everton did well here, didn’t they? Three seasons chock-full of goals and then almost tripled their money. A shame, then, that they went and spent it mainly on pish.

22= Wilfried Bony (Swansea to Manchester City, £28million, January 2015)
Perhaps the biggest failure on this list. Others here might not have really panned out but have time to put that right. Others went undoubtedly badly, but Christian Benteke – to name one underwhelming example – retained his value. Bony returned to Swansea for less than half the £28million City paid for a meagre return of 10 goals in 46 games. He then scored just two Premier League goals in Swansea’s relegation campaign before dodging the Championship in favour of a loan spell in Qatar. He is now a free agent and targeting a Premier League return, saying: “I have the ability and the capacity to do that. That’s my target.”

19= N’Golo Kante (Leicester to Chelsea, £30million, July 2016)
Moved to Leicester, won the league, moved to Chelsea for a far heftier fee and promptly did it again. Then he won the World Cup. Now all Frank Lampard has to do is put him back at the base of the Chelsea midfield to be an instant hero.

19= Rio Ferdinand (Leeds to Manchester United, £30million, July 2002)
As if to illustrate just how impressive Rio Ferdinand was, second on the list of Leeds’ biggest sales ever is Ross McCormack. The striker moved to Fulham for £11million – almost one-third of what the club received all the way back in 2002 for a 23-year-old who became the most expensive defender in world football for a second time.

18. Dimitar Berbatov (Tottenham to Manchester United, £30.75million, September 2008)
Few people can claim to have truly pushed Sir Alex Ferguson to his limits, but Daniel Levy is not like most mortals. At least partly assisted by a newly-minted Manchester City attempting to flex their muscles, Tottenham were able to squeeze just over £30million out of United on a frantic summer deadline day.

17. Christian Benteke (Aston Villa to Liverpool, £32.5million, July 2015)
The reason Wilfried Bony’s move to Manchester City was described as the biggest failure on a list also including Christian Benteke’s ill-fated Liverpool spell is not only because the Reds recouped most of their outlay, but he also scored a respectable ten goals in 20 starts. Having said that, it never did feel like a comfortable union between player and club.

16. Sadio Mane (Southampton to Liverpool, £34milion, June 2016)
And 59 goals in 123 games (and a Champions League) later, we think we can declare this an absolute bargain.

12= Alex Oxlade-Chamberlain (Arsenal to Liverpool, £35million, August 2017)
Liverpool again, is it? This one was going badly and then pretty well and then very unluckily as The Ox was basically ruled out for a year by injury.

12= Danny Drinkwater (Leicester to Chelsea, £35million, August 2017)
After importing half of Leicester’s title-winning central midfield with great success in the summer of 2016, Chelsea looked to repeat the trick 12 months on. It was… less successful. Drinkwater was a peripheral figure in his first season at Stamford Bridge and invisible in his second.

12= Richarlison (Watford to Everton, £35million, July 2018)
Now worth at least double that amount after becoming the darling of Brazilian football. Richarlison scored 13 goals in his first Premier League season as Everton finally got a transfer window right.

11. Juan Mata (Chelsea to Manchester United, £37.1million, January 2014)
David Moyes signed four players during his managerial reign at Manchester United. The Scot eventually had his large Belgian comfort blanket shipped in from Merseyside, but one would be forgiven for forgetting the summer arrivals of Guillermo Varela and Saidy Janko. Even during his winter struggles, Moyes saw fit only to welcome Juan Mata from Chelsea. He was sacked within three months. And Mata is there until about 2029.

10. Nemanja Matic (Chelsea to Manchester United, £40million, July 2017)
A cornerstone of Chelsea’s title-winning sides in 2015 and 2017, the defensive midfielder played 36 times as Manchester United finished second in 2017/18 after he was reunited with Jose Mourinho at Old Trafford. He now looks knackered, but it was at least a partially successful move.

8. Gylfi Sigurdsson (Swansea to Everton, £45million, August 2017)
This just about looks okay two years down the line, after Marco Silva decided that playing excellent No. 10 Gylfi Sigurdsson as a No. 10 was A Good Idea.

7. John Stones (Everton to Manchester City, £47.5million, August 2016)
Still not quite a Manchester City regular, but he now has two Premier League winner’s medals so he probably thinks he made the right move.

4= Fernando Torres (Liverpool to Chelsea, £50million, January 2011)
Romelu Lukaku left Chelsea in 2014 because he could not dislodge, among others, Fernando Torres at Chelsea. His move to Manchester United initially dislodged Torres from the top of this list. Sweet revenge I’m sure for the big Belgian.

4= Aaron Wan-Bissaka (Crystal Palace to Manchester United, £50m, June 2019)
Ah, here he is. Mr Uncapped. Mr Not Really Played Much Football. And we can probably expect United to make a few more appearances on this list by summer’s end after they decided to buy all the young players rated highly by WhoScored.

4= Kyle Walker (Tottenham to Manchester City, £50m, July 2017)
While plenty baulked at the sheer massive size of the fee, a sober analysis revealed a deal that actually suited all parties. City got the best right-back in England, Walker got to go and win trophies, Spurs got a lovely big wad of cash and had a very useful replacement already in place. The subsequent improvement of Walker’s all-round game under Guardiola, and the increased opportunities afforded to Kieran Trippier at Spurs have meant England were another massive beneficiary of this rarest of deals that worked out splendidly for absolutely everyone. Lovely.

3. Riyad Mahrez (Leicester to Manchester City, £60m, July 2018)
The slow, methodical dismantling of Leicester’s Fairytale Heroes by the Premier League’s big beasts continued into a third summer with Manchester City finally completing a big-money move for Mahrez, who was a solid 6/10 in a season which gave him a second title.

1= Virgil van Dijk (Southampton to Liverpool, £75m, January 2018)
The biggest transfer fee ever paid for a defender, and it’s clearly a mad amount of cash, but it now looks like a bargain as the Dutchman basically became the best player in the Premier League.

1= Romelu Lukaku (Everton to Manchester United, £75m, July 2017)
You might think that scoring 42 goals in 96 games would make you a success. Think again. He might have to leave United to actually be loved.