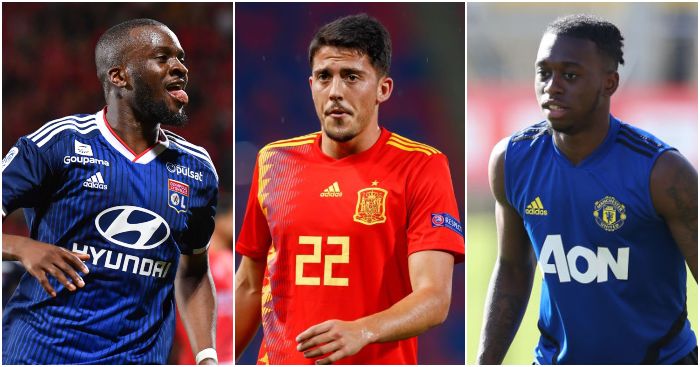 There hasn’t been an awful lot of business done this summer, but just about enough to make a most expensive team possible…

Goalkeeper: Zach Steffen (Manchester City) £7.2m from Columbus Crew
We say Manchester City, but it is unlikely that the 24-year-old US international keeper will ever actually play for the club. He has already gone to Fortuna Dusseldorf for the first of presumably many loan spells before City will make a small profit for not a lot of work.

Right-back: Aaron Wan-Bissaka (Manchester United) £45m from Crystal Palace
Remember, they are Manchester United and they do not need to over-pay, so they have absolutely not overpaid for an uncapped right-back with a season of Premier League football under his belt who buckled under the pressure this summer.

Centre-back: Tyrone Mings (Aston Villa) £20m from Bournemouth
Ignore the price, because a transfer fee is ‘merely captures a moment when the circumstances of two clubs collide’. But what a moment. And what a price.

Centre-back: Lloyd Kelly (Bournemouth) £13m from Bristol City
And here’s the reason Bournemouth were more than happy to sell; they have sold one English Championship left-back/centre-half and bought another, while making a nice little profit.

Left-back: Matt Targett (Aston Villa) £14m from Southampton
Basically, the entirety of this list has moved this summer for money that makes Leicester’s signing of James Maddison look like the bargain of the decade.

Central midfield: Tanguy Ndombele (Tottenham Hotspur) £55m from Lyon
This is finally the signing that befits Tottenham’s status as a big club. Yes, they are a big club.

Central midfield: Youri Tielemans (Leicester City) £40m from Monaco
Seriously, why were Manchester United seriously not in the market for Youri Tielemans when they would have to pay a similar amount for Sean Longstaff?

Attacking midfield: Ayoze Perez (Leicester City) £30m from Newcastle United
And in an instant, the crisis at Newcastle increased. And Leicester’s quest to challenge for the Champions League was boosted.

Attacking midfield: Pablo Fornals (West Ham United) £24m from Villarreal
He genuinely looks like an excellent signing, the 23-year-old who shone in the European Under-21 Championship. “Pablo is a young, hungry and talented player who has already proven his ability at the highest level in Spain,” said Manuel Pellegrini.

Striker: Raul Jimenez (Wolves) £30m for Benfica
Can Wolves and Raul Jimenez find that urgent spirit again? Now that is an excellent question.